Check out our Small Town Soapbox at http://www.mobyinthemorning.com/soap-box.cfm
There's a new one p The Moby In The Morning Show with Sandy Weaver!

Moby and Mitchell are on right right NOW!

Moby and Mitchell are on right right NOW!

Come join us for 2 hours! It will be fun.

Come join us for 2 hours! It will be fun.

Nothin for but for 2 hours!

Dear gatekeepers of truth and free speech, before removing this video, please read these words: The world is watching you. We understand the pressure you’re ...

Hey neighbors. Did you get to hear any of it this morning? Me & Mitchell had an absolute ball. You are invited to bring as many with you as you can tomorrow, cause we're gonna do it again.
If you didn't know, it's Moby & Steve Mitchell every afternoon from Noon-2:00, & you can listen live at: www.talkofatlanta.com
Noon til 2:00 Please be in touch...Yeah Baby!!

Take a listen to me and my buddy Steve and tells us what ya think!

Moby In The Morning updated their phone number.

Moby In The Morning updated their phone number.

Look back in here later today. With any luck there'll be something posted I'd love for all the radio cuzzins to hear.
Luv every darn one of you. Yeah baby?
Happy Good Friday, Peaches!!!
Moby in the Morning

I got a question for you all.
Do you know anyone sensitive enough to be offended by this new Peloton commercial?
I think the husband loved his family & his wife, & just wanted her to be as healthy as possible.
Good for them, & for her apparent commitment.
Those offended...get a life. Sometimes freedom of speech is overrated.
Yeah baby...
Moby

Be the first to know and let us send you an email when Moby In The Morning posts news and promotions. Your email address will not be used for any other purpose, and you can unsubscribe at any time.

Send a message to Moby In The Morning:

Moby in the Morning Podcast Tutorial 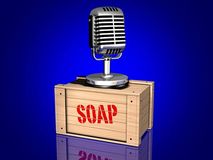 My Heart on the line 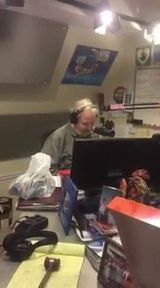 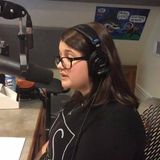 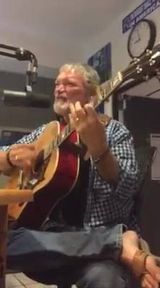 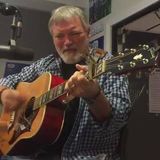 Other Broadcasting & media production in Roswell

Hey Moby, I remember waaay back, early 90s, you played a country rap song for the Atlanta Braves, and this World Championship just brought it to mind. I used to have a copy, but it was on (get this) cassette tape. Any chance you have that anywhere? I'd live to hear it again.
It starts off: " It all got started back in 91..
It is so good to hear your familiar voice Moby! I was in Houston for all of the 80's listening to you on 97 Rock! You WERE the rock to the pop radio culture here in Houston throughout the 80's. You MC'd a Crank-it-Up contest at the San Jacinto Mall once that I entered. I was the very first contestant. I was in a maroon Trans Am. When I pulled up in the middle of a huge crowd of people, you, sitting on top of a van, shouted out, 'Check his console for w**d!'. I was stunned. How did he know?! I realized later on that EVERYBODY hides their stash in the console and you were simply being the consummate jokester. I won second place that day, beaten out by Bigfoot! The big, blue monster truck that showed-up later on in the day with a slightly louder stereo. THOSE WERE THE DAYS MOBY! So glad I have that memory with you burned into my mind! Thank you for being the soundtrack of my life for SO MANY FUN TIMES in the Grand Ole 80's!
Grab Your Today
Missing you buddy...
Remember this? My mom found in her storage room
Happy Birthday Moby.
Yeah BABY!!
When you were on 106.1. You played a Christmas song that a young girl sang. I know it’s a long shot but do you have or remember who it was. Loved it very much.
Nice to find u again.Miss you in Louisville
No audio on Moby and Michel :(
Hey young man how the world are you hopping your staying well I need you on a local Radio station so I don’t have to listen to all this local crap
Yeah baby! ROLLTIDE my friend!
x

Other Broadcasting & media production in Roswell (show all)