and serving the nation.

The Origins of Halloween
Halloween is actually a 2,000-year-old celebration of the Celtic New Year (called Samhain) and the end of summer when bonfires were lit and revelers would wear costumes to ward off evil spirits.

Author Oscar Wilde was known for his acclaimed works including ‘The Picture of Dorian Gray’ and ‘The Importance of Being Earnest,’ as well as his brilliant wit and flamboyant style.

Each October, National Book Month allows us to celebrate and expand our love of reading. As the warm temperatures start to leave us for the winter, it’s the perfect time to put on some comfortable slippers, have a cup of coffee and curl up on the couch with an amazing book.

Prepress is the term used in the printing and publishing industries for the processes and procedures that occur between the creation of a print layout and the final printing.

Die cutting is the act of using a sharp die to cut paper, cardstock or other substrates into various shapes. A great example of this is presentation folders.

Plastic Coil is a great way to add color when binding your book; it is available in a rainbow of colors. Being both durable and flexible, you'll be able to lay your documents completely flat or wrap around!
Visit our website to learn more about all things . Advancedpf.com We want to wish all the dads in our life a happy Father’s Day!

If you want to be a writer, you have to be a reader first. What is your favorite book to read?

This Memorial Day, and every day, honors the sacrifices many have made to help protect our freedom.

Every month, we are going to be introducing you to one of our amazing team members at Advanced Print & Finishing! Each employee chose their favorite Pantone color to represent themselves. Pantone colors play an integral part of the printing process. Each color has a specific color formula that allows for accuracy in printing.

First up, everyone meet Valerie! She oversees the day-to-day operations of the company as well as carries out administrative tasks, and project management. Did you know she has worked for Advanced Print and Finishing since 1998?

Favorite Animal: Otters
Work from home or in office? In office
Name meaning: Strong, brave, fierce
What would your memoir be titled: “Here We Go Again!”

Today is National Biographer’s Day! This celebrates the day Samuel Johnson and his biographer, James Boswell, met for the first time and honors all biographers. What would you title your own biography? Comment below!

To press an image into paper with a die so it extends below the surface. The opposite of emboss where the image is raised above the paper surface.

Whether you are producing business cards, pocket folders, menus or rack cards, round cornering is a cost-effective way to enhance most any print piece.

The greatest gift for a child is the passion to read. What book got you hooked on reading?

Happy to all the incredible (step, adopted, biological, foster) moms out there! Don’t forget to tell your mom how much she means to you today and every day!

Do you need a menu refresh?

Advanced has you covered! We are a full-service commercial printer which means the Advanced Menus team can produce just about any custom menu that you want.

Spread the Joy of Reading

May is National Get Caught Reading Month to remind people of all ages how much fun it is to read. Grab your favorite book, a cup of tea and curl up in your favorite spot to read!

We love hearing from our customers! Thank you, Laura, for the kind review! 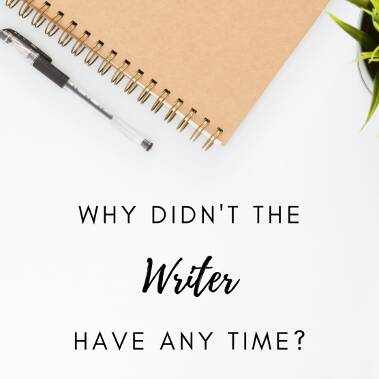 Storytelling is one of the most powerful ways for people to communicate with one another. It’s something that can be used by leaders to influence public opinion, for teachers to teach and for storytellers to inspire. It’s also something that we have been using since the beginning of time. The ability to tell a story is a trait that humans all share with one another.

You finish writing the last chapter of your book and click save. Over the next several months you proofread, proofread and then proofread some more. Years of compiling your story has finally come to an end and you let out a sigh of relief that you’re finally finished. But are you? Now you must decide on which book printer is best suited for your needs…


Finding the right book printer can be hard. Feel at ease that the book printer you choose will take extra care and attention to your hard work.

Every month, we are going to be introducing you to one of our amazing team members at Advanced Print & Finishing! Each employee chose their favorite Pantone color to represent themselves. Pantone colors play an integral part of the printing process. Each color has a specific color formula that allows for accuracy in printing.

First up, everyone meet Virginia! Virginia joined the team in January managing our social media marketing. You can always find her around the office with a cup of coffee in hand!

Inks made with soy oils instead of petroleum as the base. They are considered to be more environmentally friendly, a standard component of green printing. 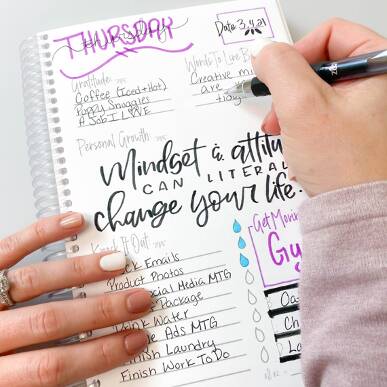 is a daily journal created by Syd Weber that we had the privilege of getting to print. It’s a great way to stay organized and creative in your daily life while also focusing on personal growth and mindfulness. The journal includes PlastiCoil binding, a Soft Touch cover and 100 pound uncoated text paper on the inside with a 24 pt C2S cover.

Time to get your game on!

Today is National Scrabble Day celebrating the birthday of its inventor, Alfred Mosher Butts. Pull your Scrabble board out, get your first 7 letters and start! We don’t want any squabbles — which, by the way, happens to be a valuable Scrabble word (21 points)! It’s time to C-E-L-E-B-R-A-T-E one of the world’s most iconic board games.

Ink making became a commercial process in the 18th century when the first ink factory was established in Colonial America in 1742. Before that, a printer made their own inks with lampblack and boiled linseed oil.

Our team is our family. If you’re looking for the next step in your career with a company that cares, apply today: https://indeedhi.re/2Q1YTDP

We hope you and your family have a safe and happy Easter!

April is National Poetry Month. Poetry is a creative way to express ourselves through writing. The oldest known poem was the Epic of Gilgamesh, which dates from the third millennium BC.

What is your favorite poem? 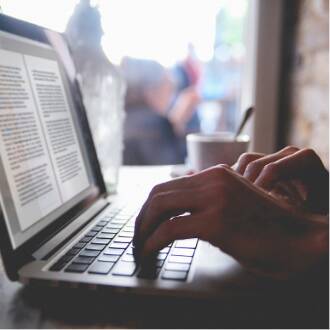 Printed advertising materials are a powerhouse in your marketing arsenal, especially when used strategically as part of a multi-channel marketing effort. As a print provider with over 28 years of experience, we are quite confident that print is making a comeback in the hearts and minds of consumers.

Be the first to know and let us send you an email when Advanced Print & Finishing posts news and promotions. Your email address will not be used for any other purpose, and you can unsubscribe at any time.

Other Publishers in Roswell

Other Publishers in Roswell (show all)