Delta-8 h**p products can produce a high similar to marijuana’s. State Sen. Charles Perry says he wants them taken off the market.

The new delta-8 h**p products, which are widely available, can produce a high similar to marijuana’s. State Sen. Charles Perry said he and his peers never intended for such products to reach the market.

Like its flagship store, this location will also offer indoor and outdoor seating, free wifi and an extensive list of coffee-based drinks.

25 hidden gem parks in San Antonio everyone should visit

If you're looking to go off the beaten path, these 25 lesser-known parks will let you enjoy nature, along with top-notch amenities and outdoor activities.

When it comes to parks, San Antonio has more to offer than San Pedro Springs, Brackenridge and Phil Hardberger. Indeed, the city has plenty of lesser-known — yet similarly breathtaking — public spaces, not to mention miles of greenway trails that interconnect many of its parks. If you're looking...

Here are a few of the unspoken ways to tell if someone is a true San Antonian.

These companies have either recently opened SA locations or plan to sometime in 2023.

We love locally owned dining spots as much as the person, but there's nothing wrong with occasionally enjoying a reliable, even predictable, meal at a chain restaurant.

The San Antonio hamburgers everyone should have tried by now

These Alamo City spots know how to grill 'em up right.

Any time is a good time for a hamburger. In many ways, it's the perfect convenience food. But let's not mistake convenience with settling for bland and tired fast food. These homegrown San Antonio spots serve up delicious, decadent burgers that go far beyond their boring drive-thru rivals.

The 20 worst damn intersections in San Antonio, according to crash data

How many of these have sent you into cursing fits?

Driving in San Antonio is no picnic.

A San Antonio home with balcony views of the Hill Country is on the market for $1.2 million

The 2017 home also includes unusual features such as dual staircases in its entry foyer and pillars around the bathtub in its master suite.

A two-story mansion in San Antonio's Reserve at Sonoma Verde development is on the market for $1.2 million, and its second-story balcony comes with breathtaking Hill Country views.

In December, state legislators killed a controversial tax abatement program known as Chapter 313, but its effects will last decades.

In December, legislators killed a controversial tax abatement program known as Chapter 313, but its effects will last decades.

Unique and successful Black-owned businesses abound in San Antonio, and we’re kicking off Black History Month by highlighting nearly 50 of those ventures.

The event showcased culinary creations from more than 30 local chefs, who fired up their grills for the occasion.

Foodies descended on Sunken Garden Theater Saturday for Titans of Tailgate, a  gathering showcasing the culinary creations of more than 30 esteemed local chefs, who fired up their grills for the occasion.

Mapping the legacy of prison hunger strikes in Texas

'I'm willing to die for the cause, because I can't live.'

How many of these slices of weird Texana have you visited?

Texas has plenty of beautiful destinations that are worth a road trip — beaches, winding rivers and scenic camping spots, for example. But, every so often, you want to experience something on the kookier side.

The season will include productions of Once Upon a Mattress, Spring Awakening and more.

Texas is the self-proclaimed barbecue capitol of the world — and San Antonio's got plenty of places carrying on the state's tradition.

Texas is the self-proclaimed barbecue capitol of the world. And who's going to argue with that? Like much of the state, San Antonio is full of dining spots specializing in drool-inducing smoked meats and succulent sides.

For anyone keeping Dry January going into the next month.

Who says you need booze to have fun? Whether you're sober, temporarily abstaining or just don't feel like imbibing on a given weekend, there are plenty of things to do in San Antonio that don't involve alcohol.

The Hero Twins: Blood Race will run through Mar. 5.

The current owners of the $2.5 million property imported furnishings from around the world to give every room its own opulent feel.

A 6,200-square-foot mansion in the Shavano Park neighborhood has hit the market for $2.5 million, and its feel is more Tuscan villa than North San Antonio 'burbs.

Last week was marked by bad news about power outages, a bribery investigation and property taxes being due. But there was one bright spot.

04FKSSAKE! People sure did want some offensive license plates.

Each year, the Texas Department of Motor Vehicles rejects thousands of vanity plates requested by drivers that it deems too offensive to appear stamped onto state-issued aluminum.

The state has spent $4 billion on border initiatives in the past two years, including $40 million to bus migrants out of Texas into Democrat-led cities.

If state lawmakers agree, Texas voters will have the final say on whether the state will expand gambling and casinos this November.

The cafe will serve classic Mexican fare by day and edible h**p-infused bites by night.

H-E-B and Austin officials are telling the public that the food is unsafe to eat.

H-E-B and public officials are telling the public that the food is unsafe to eat.

The p**p bag with your ex's name and a kiss-off note will be featured on the animal rescue group's social media accounts.

Braunda Smith will show off her cooking chops on the May 24 episode of Guy’s Grocery Games.

Delta Airlines hopes to offer 20% more seats this summer from the Lone Star State to locations around the country.

During Thursday's performance, the California alt-rockers proved they're far from a '90s flash in the pan.

Incubus set alt-rock fans abuzz when it announced a string of 2023 tour dates, and San Antonio fans clearly shared in that excitement as evidenced by the response the packed house at Boeing Center at Tech Port showed the band Thursday.

As Texas thaws again, calls to rethink how cities prepare for winter weather are renewed

Experts say local governments should prioritize extreme weather preparedness, but cost can be a deterring factor.

Along with the carbonated formula, chef-owner Chris Cook debuted new recipes for the brand's four flavors.

San Antonio among the best cities in the nation for a kid-friendly vacation, report says

'One thing that isn't bigger when it comes to Texas is trip costs,' said the report, which also praised SA's safety and array of fun options.

'Songs of Resilience from the Tapestry of Faith' features paintings, sculptures, animation and music from the Cosmic Womb, a sci-fi/fantasy world of Choi's creation.

If you haven’t started planning that special evening, you may want to jump to it.

The U.S. Environmental Protection Agency plans to investigate allegations that the state is failing to enforce the Clean Water Act.

Incubus is playing a sold out show at San Antonio's Boeing Center at Tech Port on Thursday, Feb. 2.

The program includes higher police activity in 28 areas around San Antonio, which reportedly have higher levels of violent crime.

Be the first to know and let us send you an email when San Antonio Current posts news and promotions. Your email address will not be used for any other purpose, and you can unsubscribe at any time.

ACCIO! POTTED POTTER takes on the ultimate challenge of condensing all seven Harry Potter books (and a real-life game of Quidditch) into 70 hilarious minutes at Empire Theatre, November 23 - 28, 2021. Buy your tickets now to experience the magic! https://www.ticketmaster.com/venue/475421?attractionId=84173&&CAMEFROM=CFC_MAJESTIC_OTHER_CURRENT_POTTEDPOTTER&brand=Empire 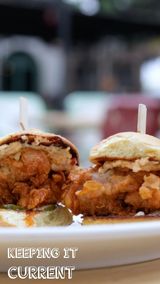 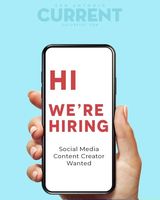 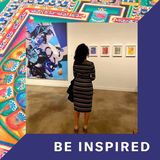 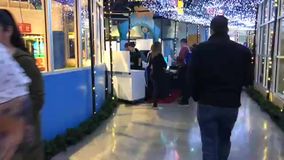 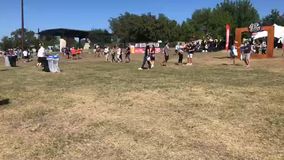 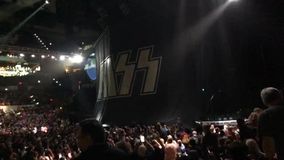 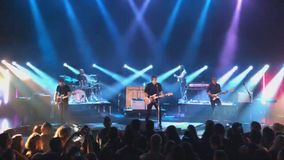 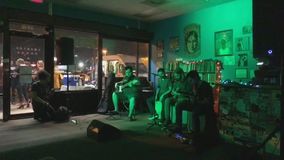 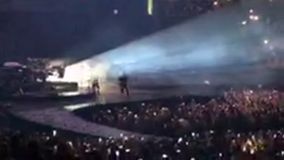 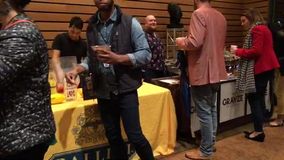 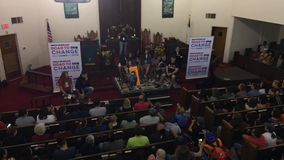 Other Magazines in San Antonio

The digitally encrypted tokens are still on sale, and they are going or an average of $6,500.
The locations are spread around the city, including both suburban and center city dining spots.
Tickets go on sale Friday, April 1: one sweet day for fans of '90s R&B.
Given the quality of the fillings, you can almost throw a dart at the menu board.
Around 96% of Bexar County is currently in a severe drought, according to the National Integrated Drought Information System.
The home, built in 1910, went on the market this month after remaining in the same family's hands for four generations.
The controversial Texas attorney just doesn't seem willing to get off the Trump train.
It's already time to start making those Fiesta plans.
The musicians and management are at an impasse over a plan to slash the size of the orchestra and make 26 members part-timers.
With Ministry, 311 and Powerman 5000 all playing shows, could there possibly be a more '90s week in live music?
From controversial rapper Travis Scott to well-known actors to a couple of Spurs, plenty of famous folks hit the books in SA.
These second-hand shopping destinations are great places to score discounted treasures.
x

Other Magazines in San Antonio (show all)