harvest is an award winning production company founded in the spring of 2001 by EP, Bonnie Goldfarb

A HUGE congrats to @johnny_fpv, @stoked_films and @schrunk for their victory at the 2022 Cannes Film Festival! 🔥🔥🏆

"What if we treated all athletes the way we treat skateboarders?”

NIKE “Tennis”
“Run, Ashley, run…”
Rolling out spots one at a time ~

Congratulations to Nicholas Schrunk, Oracle Red Bull Racing and the entire production team who played a part in this legendary F1 narrative! Epic run from NYC to MIA! 🏎🔥🔥🔥 Masterfully done!!

Our very own @lucastevenson directing Shohei Ohtani for MLB. Thank you @joenagraphy for shooting and sharing this!

MediaPost's Best Viral Campaign in Automotive Marketing was just awarded to Weber Shandwick for our work on Cadillac "It's Time to Let Go" campaign. Produced by us and directed by our own Elizabeth Banks, this campaign reached more than 167 million Instagram & 48 million Twitter followers!! A huge congrats to everyone at Weber Shandwick and well done to all who had a hand in making this campaign a success!

Check out the campaign below:
https://harvestfilms.com/2615/its-time-to-let-go/

The winners will be honored at the Marketing: Automotive conference during the New York International Auto Show on April 13 at the Javits Center in New York.

❷ Bonnie will be one of this years Show Judges for the Cause Marketing / PSA category. 🤓 @bgold1970

❸ We has been the recipient of 23 AICP Show Awards and inducted into The Museum of Modern Art's Department of Film archives. This is an important historical time capsule of our culture and serves as a reflection of what our society is going through in any given year.

As one example, this Gun Control PSA we produced for @supgvnetwork was selected by the AICP for the MOMA Show and lives in its archives. You can find a link to that spot here: https://harvestfilms.com/work/states-united-to-prevent-gun-violence-ed/

Thank you Neda and @returntofreedom for trusting us to tell a small part of your story in saving the lives of wild mustangs in our country. We are honored and in awe of the work you and your team have created to reunite bands, care for and provide a safe space for these majestic beings. These calm, intimate moments on the range between these horses are awe inspiring. #wildhorses #nofilters #proud #gratitude

Torture Testing with harvest director @schrunk, @fcbchi & @gladproducts as we push the limits of the cling.

Huge thanks to @jarrenbarboza for keeping the bar high and to our entire crew that absolutely crushed it on this shoot! 🙌🏻

Torture Testing with harvest director @schrunk, @fcbchi & @gladproducts as we push the limits of the cling.

Huge thanks to @jarrenbarboza for keeping the bar high and to our entire crew that crushed it on this shoot! 🙌🏻

Keeping those back-to-school smiles bright @crest as we all head back to class this month.

Wishing everyone a safe and amazing school year! 🙏🏻📚

One track. Two extreme environments. Such a phenomenal achievement in execution and collaboration in this world-bending film between -30°C and +30°C.

We’re taking it back with this modern day recreation of the classic 1958 @crest TV spot. Here’s “Mother’s Day”, directed by @elizabethbanks

Elizabeth Banks directs a range of celebrities as they "let go" for the first time utilizing #Supercruise, the industry's first true hands-free driving feature in the new #2021Escalade.

has it been
20
years
OR
20
months
OR
:20
?
a perfect
partnership
yes
perfect
and a
loyal
and
talented
crew
who
shares
this journey
with us

Thank you Bruce, for trying to bring us all together, as only you can do.
“We have a long road to travel...”

Chief Marketing Officer Oliver Francois has been chasing the Boss for 10 years, but finally landed him for the two-minute ad that calls for unity in deeply divided America.

Thank you SHOOT for featuring this news today!!!! Neil Young steps up to take on Trump....We support everything you stand for Neil and everyone check out NYA on IG!!!!

(Just writing that makes me feel like a version of 2020 Cpt. Kirk on the bridge of the Enterprise; I digress).....

We miss our crews, our cast, our clients and agencies, our friends and that special synergy that bonds us in the trenches of production.

We miss our community, you.

We send all of you the best of thoughts and can’t wait to see you in the new frontier we’re about to embark into: Post-COVID production....ohhhhhhhhhhhhhhh

I have faith we’ll figure this out together and let our integrity, our science and common sense guide us, as it has done for a lifetime of shoots....be well and see you soon(ish).

V O T I N G is our right and we must be able to offer vote by mail to every state during this pandemic. Tom and Rita have joined forces with Michelle Obama, so please read and sign your name, if you agree. Here it is:

Join Tom Hanks and Rita Wilson by adding your name to fight for safe and fair elections
During the Wisconsin primary this spring, thousands of voters risked their health and defied a stay-at-home order to exercise their right to vote. Unfortunately, this isn’t the only story of states not being prepared to hold safe and fair elections in the middle of a pandemic. As our fellow When W...
sign.moveon.org

MoveOn: People-Powered Petitions MoveOn is a community where millions mobilize for a better society—one where everyone can thrive. MoveOn's petitions platform provides individuals and...

Premiere: Small Forward, 'Most of You' – buzzbands.la

Fab NEW single from our favorite L.A.Band...Check this out. Go to @smallforward to see show info on 2.18.20

L.A. trio Small Forward turns a painful reminiscence into a poignant ballad on their new single "Most of You." It's the first single from the band's forthcoming full-length debut.

BONNIE GOLDFARB has the honor this year of judging THE ONE CLUB FOR CREATIVITY'S, ONE Screen Short Film Festival! The deadline is approaching on Dec. 13 so if you have a film to share please get your submissions in to Onescreen.org. #1screen #shortfilm #filmfestival #begold

LOVE this!!! Thank you PoliticsJoe and Creativity for the post...

PoliticsJoe is back with another topical spoof

Topping the list as our favorite local LA band, Small Forward is playing tonight at The Hi Hat followed by an impressive lineup of indie acts. Doors open at 8pm with tickets starting at just $10 bucks. Come on down and the first round is on us!!

L. Martin (of The Walters), Small Forward, Marcus Buser & The Space Heaters and Georgia Greene at The Hi Hat

For empowering women throughout our industry and for relentlessly continuing to carry the torch, we thank you. 🙏🏻

Congratulations EB on your 2019 Pioneer of the Year award!!

Receiving the 2019 Pioneer of the Year award from the Will Rogers Motion Picture Pioneers Foundation, Elizabeth Banks is leading in a new field. In addition to her achievements as an actor, directo…

Save You by Norman Allan (Super 8 by John Young)

SHOOT's "Midyear Report Card" showcasing perspectives, reflections and predictions from our industry leaders at midpoint of 2019.

Charlie's Angels trailer dropped today! Congrats, Elizabeth!!! You are an inspiration to all of us with your talent, tenacity and overall enduring spirit. Release date: November 2019

Cleaning Up the Ad Industry: 6 Real Ways to Limit the Toxic Waste of Creativity

On this Monday morning, Casey Rand brought me (a much needed boost of) hope and a vision to keep carrying this torch. Our community exudes so much talent and spirit and endurance to effect change and Casey's article below couldn't be written with more clarity. Take this precious time to read it! And don't forget to try to move our collective needle forward by doing at least one of the items from her list below TODAY....With LOVE, bg

We're solving all the world's problems—except this one

In Memory of Chuck Bennett

This poignant piece of writing beautifully captures Chuck Bennett's spirit. He was a friend whose honesty and integrity moved mountains. Yes, we lost a giant.
"Kulia i ka nu'u"

Lessons from an incomparable colleague and friend

Nick Schrunk eloquently captures her story in this stunning piece below:

2019 Production Outlook: Where Do We Go From Here?

SHOOT’S breaking article is out! Where is our production biz headed? Thanks to the peeps at Cake in Park City for the hat and BSmith for the hatband!

OUR NEW SINGLE “TEARJERKER” PREMIERING THIS FRIDAY 11/30 🤘😁😱 first new music from us in over a year and we are GIDDY. Sneak preview coming soon ;)

Our longtime friends, Frank and Lisa Thomas lost so much in the recent Woolsey Fire. Our community has been devastated with loss and with each and every person, we reach out with open arms to help. It is our spirit and our hearts that unite us during times of need. Please donate any amount, if you can. For this gesture of giving, we thank you! xxbg

Dear friends and Malibu Family, like so many of us in Southern California we have been heavily impacted by the recent Wildfires. My grandparents started our family party rental business 30 years ago to service the Malibu community and its surrounding areas. My parents have been working hard at ru...

Baker Smith and harvest films recently headed up to Seattle to shoot some holiday cheer with our friends at DNA. What a blast we had with DNA’s new client, Darigold and an amazing crew. We truly believe the symbiotic relationship we nurtured on set came through in this new piece of content!

We hope everyone can ‘Milk the Holidays’ this year.

Be the first to know and let us send you an email when harvest films posts news and promotions. Your email address will not be used for any other purpose, and you can unsubscribe at any time.

Send a message to harvest films: 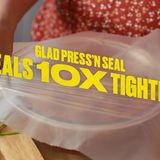 Lindsey Vonn, easily one of the greatest skiers of all time with 82 World Cup wins, 20 World Cup titles, 3 Olympic medals and 7 World Championship medals calls it quits after today's World Championships in Åre, Sweden. Nick Schrunk eloquently captures her story in this stunning piece below:

Baker Smith and harvest films recently headed up to Seattle to shoot some holiday cheer with our friends at DNA. What a blast we had with DNA’s new client, Darigold and an amazing crew. We truly believe the symbiotic relationship we nurtured on set came through in this new piece of content! We hope everyone can ‘Milk the Holidays’ this year.

Thanks to an amazing crew including Cinematographer, Toby Irwin and his team, as well as Ad Agency, DECODED for writing such a great piece and our client, Booking.com for having such good taste. Directed by Baker Smith, this film takes us to the scene of The California Gold Rush and then some. 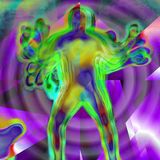 Golf cart parade out on the green with ESPN + Coca-Cola in Bristol. #ScottVanPelt #ReceDavis 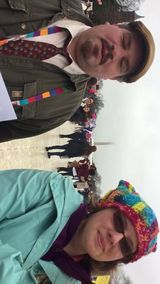 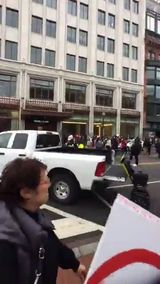 We had a blast partnering up with our friends from FCB Chicago for the latest FanDuel campaign. The ads feature T.V. and film actor, Pooch Hall as spokesman. (He's great btw, we love Pooch.) Shot in LA, directed by Baker Smith, just in time for football season. Great writing, great production, great visuals, great team. Take a look! #sportsrich

Congratulations Adam, Larissa, Scott, Chris and all of our crew who made shooing this Public Service Announcement for ADCOUNCIL possible. Here's to our SILVER BELL Award presented by Stephen Colbert at the 61st annual PSA Award Dinner in NYC.

Matthias puts his final touches on Nikon in this :60 masterpiece.