The Seattle Times News Art Department is made up of illustrators, page designers and graphic artists. This page is dedicated to showcasing our work.

We’re expanding! Looking for a teammate who tells stories through graphics – from research and reporting to writing and creating maps, charts and diagrams. Come join the News Art Department! https://seattletimes.applytojob.com/apply/FP1NoBQIwu/Graphics-Reporter

Hiring for a creative Graphics Reporter to join our award-winning Newsroom!

Inexperienced hikers, skiers and snowshoers are flocking to Mount Rainier National Park during the pandemic, and that's driving an increase in search-and-rescue operations. Here are 10 essential items park officials encourage you to pack before embarking an outdoor excursion.

Coming soon to the Seattle waterfront: The biggest demolition spectacle since the implosion of the Kingdome. This graphic by Seattle Times news artist Mark Nowlin shows how the job will get done. #viadoom #wsdot #alaskanwayviaduct The Seattle Times 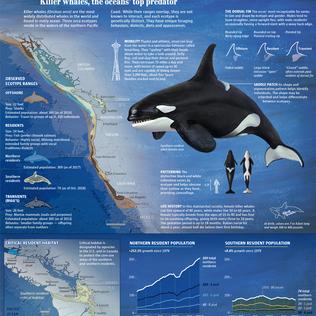 Sculpting a killer whale: The process behind making an infographic

We snuck a clay model into our infographic. Here’s how I made it (toaster and all!)

If you're lucky enough to see a killer whale out in the wild, it's mostly just its dorsal fin sticking out of the water. That's why in our first story in our Hostile Waters - Orcas In Peril series, we...

It's hop harvest time! Take a trip from the hop farm to the craft brewer and learn how fresh hop beers are made.
https://projects.seattletimes.com/2018/fresh-hops-brewing/ #infographic #beer #graphic #hops

How to buy a home in the Seattle area: a survival guide

Looking to buy a house in Seattle? Here’s a graphic story that may be helpful. By Emily Eng, Mike Rosenberg and Thomas Wilburn.

The old rules don’t apply when it comes to buying a home in the Seattle area these days. Feverish competition means preparing well, searching effectively and bidding smartly are crucial. Here are tips gathered from dozens of buyers, sellers, brokers and lenders about what’s working and what’s ...

Are you in a Buy Nothing group? The project was launched by two Bainbridge Island women in 2013 and now links a half-million people with their neighbors. Read about the group: http://st.news/2x2xJNY

So, tell us: what's the most unique item you've ever received or seen gifted in your group?

Where will you be during the total solar eclipse this summer? A few Northwest citizen scientists are among the many helping track solar eclipse across the United States: http://st.news/2ucpYF9

Shark dorsal fins have been seen off the Oregon coast near Cannon Beach, according to the city’s Police Department and Oregon State Parks. Last fall, a 29-year-old surfer suffered serious injuries after being bitten by a shark off Ecola State Park, north of Cannon Beach.

How well do you know Pike Place Market?

Test your knowledge of Seattle’s Pike Place Market with this quiz.

The Space Needle observation deck is getting a huge makeover! Graphic by Emily Eng. The story on this link: http://bit.ly/2rjHxVR #seattletimes #spaceneedle #seattle #olsonkundig

Attention, students! You are still on time if you want to apply for this cool job opportunity. The Seattle Times is offering a paid, 10-week summer internship in the News Graphics Department for students pursuing a career in visual journalism.

is offering a paid, 10-week summer internship in the News Graphics Department for students pursuing a career in visual journalism. Applicants can expect to have a full workload of daily explanatory graphics developed for print and online. Opportunities also exist for our interns to take creative lea...

Light rail on a floating bridge? This is how it's going to look like. Graphic by Mark Nowlin. Reporting by Mike Lindblom. The story: http://bit.ly/2r4IFb3

When you subscribe to The Seattle Times Sunday print edition, you get to hold pages like this one in your hands. You can even clip out the articles and post them on the fridge! Or mail them to a friend. Is that too old-fashioned for you? Design by Rick Lund. Illustration by Gabriel Campanario.

Here's another graphic from today's story about the mice that can carry hantaviruses (http://bit.ly/2mxkdkM).

The deer mouse might be cutest among our problematic rodents, but it can be deadly! Graphic by Seattle Times news artist Emily Eng. The story on this link: http://bit.ly/2mxkdkM

Haha, can we all agree on making meatloaf great again? Illustration by Seattle Times news artist Gabriel Campanario. And here's a gem from the article by food columnist Bethany Jean Clement: "If meatloaf is political, it represents the best of American aspirations — it’s a dish in which pretty much anything may find a home, less a melting pot than a welcoming, forgiving, egalitarian mashup." (More on this link: http://bit.ly/2mumFVc)

We need more of these microbes, if you can believe that. They eat sewage! Graphic by Seattle Times news artist Emily Eng. The story here: http://bit.ly/2nt4hMG

If tech giants like Amazon add to Seattle traffic congestion, do they pay for it?

In this week’s Q&A we answer that question and two others, about Interstate 5 ramp meters and how city officials hold contractors accountable for tearing up roads.

Hey, the giant Bertha tunnel-boring machine is on track to finish its job by spring! Did you know Bertha is the world's largest machine of its kind? This graphic by Seattle Times news artist Mark Nowlin gives you an idea of its size. For a look back at the epic construction project, follow this link: http://bit.ly/2nnBDfG

#TBT Here's a little gem from our archives. In 1947, Seattle Times news artist Alan Pratt drew these graphics by hand to show what the Alaskan Way viaduct would look like. #Seattle #seattledowntown cc: Downtown Seattle Association

Your guide to Sound Transit 3: What you'd pay, what you'd get

What's not to like about getting a little recognition? Our interactive explainer of the Sound Transit 3 ballot measure just received an Award of Excellence in the Society for News Design Best of Digital Design competition. Woohoo!

We made this Benson Trolley look really sharp and shiny in our illustration for Jessica Lee's Traffic Lab Q&A (http://bit.ly/2lVpyyc). Will the two streetcars that remain in storage make a comeback? Art by Seattle Times news artist Gabriel Campanario.

How much is $57 million? We put the McCleary fine in context with a series of illustrations. Art direction by Frank Mina. Illustrations by Gabriel Campanario.

Beginning on Aug. 13, 2015, a frustrated Washington Supreme Court began fining the state $100,000 a day for failing to fully fund basic education. Since then, there has been more delay, including the 2016 legislative session's “plan for a plan.”...

Seattle-based Nordstrom will open stores in Canada. We help tell the story with this informative map by Mark Nowlin.

Be the first to know and let us send you an email when The Seattle Times News Art Department posts news and promotions. Your email address will not be used for any other purpose, and you can unsubscribe at any time.

Other Media/News Companies in Seattle