The News-Item Sports bringing you the best coverage of Northumberland County athletics.

Here's the latest on the state wrestling duals in Hershey. http://bit.ly/2lznhc6

HERSHEY - Line Mountain wrestlers pulled off an upset against District 11 champion Saucon Valley today to advance to the semi-finals of the PIAA Class AA State Duals at the Giant Center.

Get the scoop on Friday night's games. http://bit.ly/2cQxxMV

Football scores from local teams and statewide from Friday night:

MOUNT CARMEL — Mount Carmel Area High School alumna and Eyewitness News reporter Jasmine Brooks will be at a pep rally at 5 a.m. Friday at the high school. Doors open at 4:30 a.m. and the community is invited.

Lourdes falls to Cardinal Wuerl, 56-33, in the state championship game, but had a great season with a 23-7 record and the support of the community! Be sure to get Sunday's edition for full coverage.

Lourdes girls are up 9-8 after one quarter in the PIAA Class A girls state basketball championship game. 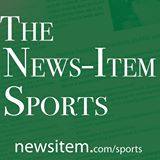 4 more days until the high school football season kicks off...who's excited?! Share your thoughts, opinions, and predictions about the upcoming season below about our local teams.

The Red Tornadoes were one of 23 teams that attended Tuesday's District 4 Football Coaches Association media day at the Williamsport Country Club.

He's hoping seven years as a varsity assistant coach have taught him enough to guide his Mount Carmel Red Tornadoes back to the District 4 Class AA playoffs. 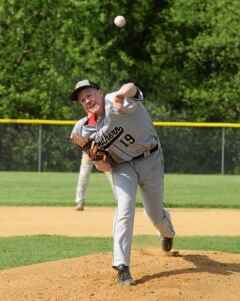 H.S. BASEBALL: Southern Columbia's Wilson is 2015 Player of the Year

SCA's John Wilson did it all - star pitcher, good hitter, class valedictorian - on way to Player of the Year honors.

Early in the season, when first-year Southern Columbia head coach Mike Myers was discussing a tough 17-13 loss to Montgomery, during which the Tigers failed to hold a 12-2 lead, he said, "One of the big things we knew we had to do starting the year was that we had to find some other starters (pitche…

Selinsgrove to honor Williamson this week

To motorsports fans, however, particularly dirt-track fans in the United States, Canada and as far as Australia, there is only one Pink Panther, the famed No. 73 sprint car and its driver, Kramer Williamson.

SUBMITTED PHOTO Jaret Lane, left, placed first in Greco-Roman and second in Freestyle at 100 pounds in the Junior Division at the USA Wrestling Junior National Championships last week in Fargo, N.D. With Lane is his father and coach, Kent.

Have a look at the season's best results in track and field from local athletes and their competitors. http://bit.ly/1LqkCt9 Local scoring leaders here: http://bit.ly/1J4HuhA

(Season's bests are unofficial. Area athletes and those from opposing schools whose bests are at area facilities are counted.)

It was almost a foregone conclusion with a month left in the season that Southern Columbia's Luke Rarig was, for the third straight year, going to be Athlete of the Year on The News-Item's Boys All-Area Track and Field Team. (Okay, he was Co-Athlete as a sophomore).

Fiamoncini is girls track Athlete of the Year

Mount Carmel sophomore Maura Fiamoncini opened the 2015 track and field season by breaking the school record in the javelin by almost 10 feet with a throw of 138 feet, 2 inches in a dual meet against Midd-West.

SHAMOKIN - Cameron Pensyl has combined his love of traditional sports with skills he acquired hunting, and now has a remarkable opportunity because of it.

Matt Knowles, right, works with Jacob Erdman on Monday during Shamokin Area's joint basketball camp for boys and girls. The camp runs throughout the week.

PA SPEEDWEEK: Get revved for the 25th edition. http://bit.ly/1LrkV8s

Southern Columbia enters co-op for field hockey, golf. Read which schools it will team up with: http://bit.ly/1QNK7JZ

Locals off to good start at state track championships. http://bit.ly/1c9pnZW

Fair board says Selinsgrove Speedway will race on.
http://bit.ly/1IFPw0y

Be the first to know and let us send you an email when The News-Item Sports posts news and promotions. Your email address will not be used for any other purpose, and you can unsubscribe at any time.

Send a message to The News-Item Sports: 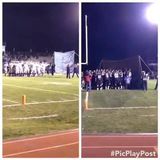 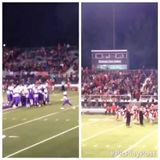 Tom Belski comes in clutch for the Red Tornadoes and knocks a 25 yarder to tie it up 17-17 with Central Columbia. 4:15 left to play!

Yost sneaks it in from 1 yard out. Touchdown Shamokin - they tie it up with Shik 13-13.

Shamokin is intercepted after an attempted half back pass. The Braves take a knee on the next play to keep their 13-7 lead going into the locker room.

Shikellamy's Brent McCreary scores from 11 yards out to put his team on the scoreboard first, 7-0.

The Shamokin Area Marching Band rocking out with their new pink-topped hats for breast cancer awareness!

Shamokin attempts a reverse and falls short of the 1st down.

Tuba players getting after it before the game!!

The Shamokin Area Band kicking out the jams!

Tonight's match up will be the first for the Red Tornadoes on the newly named Joseph "Jazz" Diminick Field at the Silver Bowl. 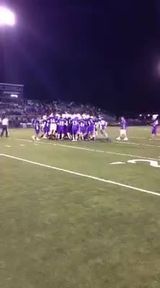 The city of Shamokin and their football team are in good spirits tonight.

Other Newspapers in Shamokin