Euriel Global Magazine is a luxury lifestyle magazine designed to bring to life the sights & sounds of Africa, USA and beyond to our readers.

In March 2020, Mr Ozigbo resigned from his job at the helm of Transcorp Plc to dedicate the next chapter of his life to public service. He joined the race for the governorship of Anambra State in the same year. In less than two years, he had built one of the most efficient and impactful political organisations in Nigeria. His Ka Anambra Chawapu (a better and brighter Anambra) message resonated with the people, igniting the most significant political movement in South-East Nigeria.

On June 26, 2021, Valentine won the keenly contested gubernatorial primary of the Peoples Democratic Party (PDP). A grassroots favourite, he has been rated as “most likely to win the November 6 election” by analysts. His emergence as the party’s flag-bearer is one of the most inspirational stories in Nigeria’s recent political history.

Mr Ozigbo was elevated to the role of President and CEO of Transcorp Plc after holding the position of Managing Director/CEO of Transcorp Hotels Plc for 7 years, during which he led a $100 million project that saw Transcorp Hilton Abuja undergo a globally celebrated transformation and upgrade. He won several internationally coveted awards in the hospitality industry, including the Seven Stars Luxury Hospitality CEO of the Year 2016, which he received in Spain. In October 2019, the respected business leader was voted Seven Stars Hospitality Personality of the Year in Athens, Greece.

He began his career as an Executive Trainee in the banking industry. In 17 years, he had attained the top position of General Manager, where he was Director of the Global Transaction Banking Division of a leading bank. His decorated career spanned United Bank for Africa Plc, FSB International Bank Plc (now part of Fidelity Bank Plc), Continental Trust Bank Ltd (now part of UBA), and Diamond Bank Plc (now Access Bank Plc), and Keystone Bank Limited (formerly Bank PHB) from where he was headhunted into Transcorp.

An award-winning graduate, Valentine Ozigbo has an impressive track record for academic excellence. In 2003, he was awarded the prestigious Chevening Scholarship by the British Foreign & Commonwealth Office to study for a Masters of Science in Finance at the Lancaster University, UK, where he graduated with a Distinction. At its 2019 graduation ceremony, Lancaster University recognised him as a Distinguished Alumni. Valentine also holds an MBA in Banking & Finance and a B.Sc. in Accounting, both from the University of Nigeria, Nsukka where he was the best graduating student in his faculty.

A prominent change leader who advocates for excellence in every sphere of life, Valentine Ozigbo is a leading individual promoter of sports, youth development, and community building in Nigeria.

He is the founder of the Valentine Chineto Ozigbo (VCO) Foundation, a philanthropic endeavour that focuses on youth empowerment and capacity building. He chaired Unusual Praise 2018, the largest Catholic gospel concert in Africa. He currently chairs Unusual Entrepreneur, one of the most impactful faith-based entrepreneurship programmes in Nigeria. He is also the Chairman of Feet and Tricks Limited, the exclusive promoters of Freestyle Football in Africa in partnership with the World Freestyle Football Association.

Valentine is married to Ojiugo and they have four children.

Azuka Enemo (Owelle) is a seasoned administrator, an academic, and public servant who is the running mate of the gubernatorial candidate of the Peoples Democratic Party (PDP) in the Anambra State governorship election, Valentine Ozigbo.

She was named as the Deputy Governorship candidate to Ozigbo, a business mogul and grassroots favourite tipped as most likely to win the November 6, 2021 election, after an illustrious career in public service. Her appointment received the endorsement of influential women and political groups in Anambra North, where she comes from and across the state.

From 2012 to 2015, Mrs Enemo served as Anambra State’s Commissioner for Local Government and Chieftaincy Matters in both the administration of the immediate past Governor of Anambra State, His Excellency, Mr Peter Obi, and that of the incumbent Governor, His Excellency, Chief W***y Obiano. She also served as Coordinating Officer on Local Government Matters Governor Obi.

From 2007 to 2009, Enemo was the Liaison Officer on Local Government Affairs for the Anambra State House of Assembly. She also served as Acting Chairman and Head of Local Government Administration in: Anaocha, Ogbaru, Anambra East, Njikoka and Awka South local government councils. Previously (from 1997 to 2001), she served as Administrative Officer in: Onitsha South, Onitsha North, and Idemili South local government councils.

Mrs Enemo’s career in public service was preceded by a distinguished career as a secondary school teacher, which culminated in her appointment as a vice principal. From 1980 to 1984, she taught in four secondary schools both in Anambra State. Her career as a schoolteacher birthed her passion for human development and belief in the transformational power of education.

Mrs Azuka Enemo is a native of Onitsha in Onitsha North local Government, married to Chief Alexander Enemo, an accomplished economist and entrepreneur. They have five children and six grandchildren.

Momentum swings in favour of Nigerian business mogul Valentine Ozigbo as the Court of Appeal Awka Division sitting in Abuja in its judgement delivered today, Friday, September 3, 2021 declared him the authentic governorship candidate of the Peoples Democratic Party (PDP) for the November election holding in Anambra State.

On July 5, 2021, Senator Ugochukwu Uba, who did not participate in the PDP primary, instituted a suit against the party and its candidate, Valentine Ozigbo and the Independent National Electoral Commission (INEC), challenging Ozigbo’s candidature for the November 6, 2021 governorship election.

In its ruling, the Court of Appeal recognised the gubernatorial primary conducted by the National Working Committee (NWC) of the PDP on June 26, 2021 at the Prof. Dora Akunyili Women’s Development Centre as lawful and was visibly upset with the 1st respondent and his lawyers for forum shopping.

The panel of Justices presided by Honourable Justice Dongban Mensa, also ordered the national electoral body, INEC, to immediately publish Valentine Ozigbo as the candidate of the PDP, the main opposition party on its website.

The court awarded a cost of ten million against the Senator Ugochukwu Ubah for being a meddlesome interloper.

This ruling paves the way for the PDP to launch its promised “robust campaign” for the governorship of the south-eastern state.

Mr Alex Ejesieme, SAN, the lead Counsel to Mr Valentine Ozigbo, had argued in the appeal that the judgement of the Awka High Court delivered by Justice Nwabunike was faulty because it was based on a judgement by a Federal Capital Territory High Court which the Court of Appeal had voided.

Recall that barely 24 hours after Senator Uba instituted the suit, Justice O. A. Nwabunike curiously granted an ex parte injunction restraining INEC from carrying out its constitutional duty and also abridged the time within which the defendants are legally obliged to file their defence from 42 days to only 3 days in violation of Order 16 Rule 1(2) of the Anambra State High Court (Civil Procedure) Rules 2019.

The high court judge went on to deny the defendants time to respond to the processes served on them and proceeded with the hearing of the plaintiff’s case, and delivering judgement against Ozigbo and the PDP. In a dramatic twist, Justice Nwabunike made away with the case file preventing the defendants from obtaining copies of the judgement for their appeal.

In an unprecedented move, the PDP had slammed Nwabunike labelling his ruling as "a black-market judgement which cannot stand in appeal".

“Our party cautions Justice Nwabunike not to continue to test the will of the generality of the people of Anambra, whose mandate, being expressed in our candidate, Valentine Ozigbo, is being undermined, as such may trigger serious crisis in the state," the PDP warned when it called on the National Judicial Commission and Nigerians to intervene in the matter.

Already regarded as a frontrunner in the November poll, Valentine Ozigbo, who describes himself as a child of grace, is the immediate past President and Group CEO of Transcorp Plc. His emergence as the candidate of the PDP in the keenly contested primary is regarded as one of the most inspiring stories in Nigeria’s recent political history.

In July, Ozigbo named a seasoned administrator and two-time Commissioner of Local Government Affairs, Mrs Azuka Enemo as his running mate, a move that has further boosted his prospects in the race for the governorship.

This name is very popular in Nigeria. Tony Elumelu is an African economist, entrepreneur and philanthropist. His name was ranked on "Africa's 20 most Powerful People in 2020" by Forbes.

He is the cousin to late Nigerian legendary reggae artist, Ras kimono. Tony acquired Standard Trust Bank in 2005 and United Bank for Africa (UBA) and completing one of the biggest mergers after combining the two banks.

Another big establishment by the businessman is Heirs Holdings which he founded in 2011. Tony Elumelu currently seats on the boards of various big companies.

As of 2020, Tony Elumelu's net worth is estimated at $900 million. He is also known for his vast philanthropy and founded the Tony Elumelu foundation in 2010 after stepping down from UBA.

Be the first to know and let us send you an email when Euriel Global Magazine posts news and promotions. Your email address will not be used for any other purpose, and you can unsubscribe at any time. 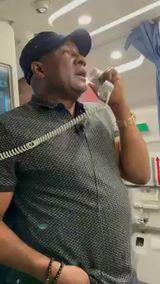 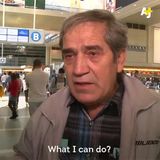 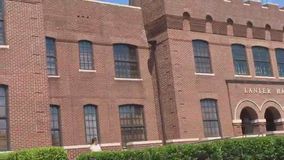 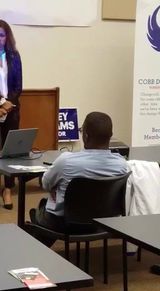 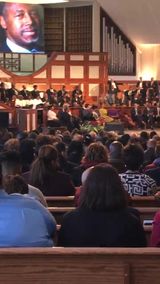 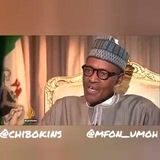 Other Media/News Companies in Smyrna