Josh Holleman, Rachael Hunter and Steve Grunwald bring you all the laughs in the morning! The FUN wa

Help further the mission of St. Jude Children's Research Hospital at our events across the country. Find volunteer opportunities near you. Show us your Halloween Costumes! These Detroit/Flint themed Air Jordan 2’s were released over the weekend. Josh waited 3.5 hours to get a pair. Is he out of his mind or is he out of his DAMN MIND? Be the first to know and let us send you an email when Josh, Rachael and Grunwald on WYCD posts news and promotions. Your email address will not be used for any other purpose, and you can unsubscribe at any time.

Send a message to Josh, Rachael and Grunwald on WYCD: 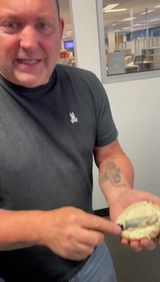 Can Grunwald get a little bagel with his cream cheese? 🥯 Unbelievable. 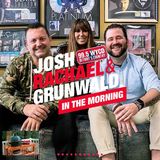 ICYMI: We’re not saying Traeger Grills should send us grills but we’re also not saying that. S/O all those pit masters in our lives who do it on the grill better than anyone else! #NotAnAd 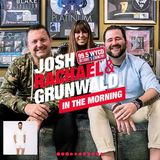 ICYMI: Can you guess today’s film? Make sure to listen every Friday @ 7:20am for Masterpiece Helium Theater on 99.5 WYCD #Detroit

ICYMI: New mom Ilana Glazer and Drew Barrymore laugh about having to use a NoseFrida to help suck out baby boogers. Josh reacts (no so well) to Rachael’s explanation of the process. 99.5 WYCD

ICYMI: When did you have that ‘OMG I’m turning into my parents’ moment? 99.5 WYCD

THANK YOU Motor City! We’re so excited to be nominated at the 57th Academy of Country Music Awards! Don’t miss Country Music’s party of the year, March 7 live from Vegas and livestreaming exclusively on Prime Video. Tickets are on-sale now. #ACMawards 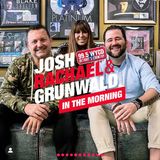 ICYMI: Grunwald ditches his massage and gift certificate as soon as he finds out he’s being rubbed down by a man

#ad Get in the holiday spirit and show off your great taste with Miller Lite Ugly sweaters! We’ve got Miller Lite prize packs to give away that includes a Miller Lite Ugly Holiday Sweater, scarf and socks for every winner! Go to the contest page on WYCD.com to enter to win! And don’t forget to look for the Miller Lite holiday cans in stores now to Lite up the gathering. No purchase necessary, must be 21 or older. #TisMillerTime Contest Link: https://www.audacy.com/wycd/contests/miller-lite-ugly-holiday-sweater-contest 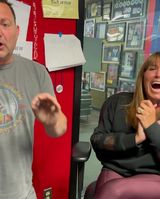 #AirhornMan strikes again! This time Grunwald gets our general sales manager with the air horn during office hours 99.5 WYCD

ICYMI: The infamous “tooth story” comes up on the show this morning as we discuss the peak age of having fun. Which age did you have the most fun? 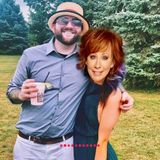 Is Josh’s hall pass weird? Comment YES or NO 99.5 WYCD

ICYMI: We talked to Thomas Rhett this morning about all things #CountryAgain, getting back to his roots, and “being present in life” on 99.5 WYCD Hear the full playback tomorrow morning at 5:30!

ICYMI: Rachael is on vacation. This morning the show goes off the rails (as expected) when Josh and Grunwald are left alone to talk breakfast #NationalWaffleDay 99.5 WYCD

We talked to Dan + Shay this morning! Their fourth album #GoodThings is now available!

The new fad with Jeep Wrangler owners: Ducking. Josh and Grunwald are annoyed by the latest trend from Wrangler owners as Rachael tries to defend the new fad that she’s a part of. What will be next? 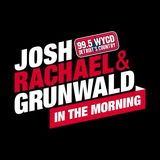 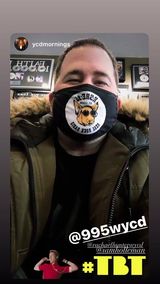 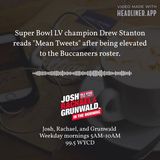 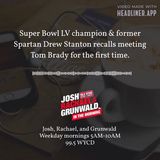 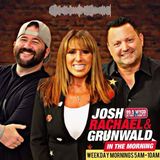 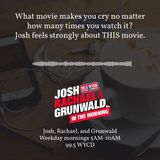 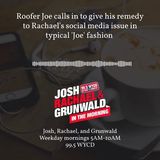 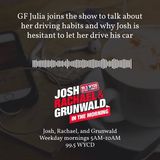 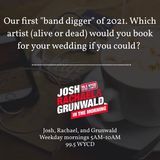 Other Radio Stations in Southfield

Josh, Rachael and Grunwald on WYCD
ICYMI: When did you have that ‘OMG I’m turning into my parents’ moment?

Other Radio Stations in Southfield (show all)