THE LEGEND OF SCREAM PARK
So you think you know what scary is? Think again.
I'm exposing the truth over at www.screampark.com
See you there - Christy

Scream Park is back! Only on the Meta Quest 👨🏻‍🚀Be transported into the future and onto the surface of Mars. Find you way down into the dangerous depths of the red planet and ride a roller coaster like nothing on Earth. ☄️ Will you survive the rides at Scream Park? You know you shouldn't be here...

"You are I are going to be the first two people in 30 years to ride the rides at Scream Park."

BlackBoxTV is now on Oculus TV! 👹 Put on your headset and get lost in the world of VR. All my favorite monsters are here... waiting for you! 🧟‍♂️ Thanks to: Oculus

⏰ In 24 hours I’ll be giving away an Oculus Quest to the first person who completes Tape 1 of The Nightmare Tapes on YouTube ⏰ Tape 1 goes live tomorrow, Saturday August 22nd at 9am PST/12pm EST at youtube.com/blackboxtv ⏰

Proud to say that this will be the first #360
video ever posted to YouTube. Hope you enjoy it! Much thanks to Amaze VR Ernest Lee and Eric Krueger for making this series possible! Paraluman Media

A few months ago YouTube sent me a big black box. I REALLY wanted to open it but decided to wait until I could find someplace special. On Monday I heard that Joshua Tree National Park was open so on Tuesday I returned to the place where we shot the first two episodes of BlackBoxTV.

I share this moment to celebrate and honor all of the artists that have collaborated with me over the years and helped me keep this little dream of mine alive. A dream I’ve had since I was a child in a house with broken windows, no TV and hundreds of books.

To those who make up the million, who followed me as I learned how to be a filmmaker, a prankster, a writer, a producer, a director, a dad THANK YOU. In the last few years I’ve populated BlackBoxTV with dozens of short films and AGAIN you’ve been willing to follow me as I chase that mad hare down the rabbit hole of inspiration.

The greatest gift I’ve been given in this life is the ability to be wrong. To look past my own hang ups and insecurities and see on the horizon something impossible and beautiful waiting for me.

New BlackBoxTV 2020 tee featuring from “Final Exit.” https://teespring.com/stores/blackboxtv Episode uploaded on August 31st, 2010. ❤️🎥 I’ll never forget sitting in my kitchen editing on Final Cut 7, the future still such an unknown thing. But that day, in that kitchen, I knew I was proud of what we had made. From a story I’d written based on a real thing that happened to me at the deep end of a swimming pool when I was four. I remember showing it to Shane and him asking, “Will you be able to make something this good again?” and me honestly not knowing if I could. It was a perfect moment in time, captured here for you.

🥽 BlackBoxTV is now available on Viveport 🥽 Fearturing a selection of our experiences as well as our short films. 🎥 “Babysitter” stars Strawburry17 and JoeyGraceffa - “Proxy: A Slender Man” is directed by the uber talented - “Pretty Face” stars and Katie Stegeman and “The Night Tour” stars and Filmed on location at - So excited to bring our films to the HTC VIVE Oculus and via 🥽 #360

For your consideration: “Welcome to Daisyland” Such and awesome group of artists worked on this show! ❤️🎥 You can watch the series now on Screambox! 🎪

I’ve been working on a show called for the past four months. It’s a choose-your-own-adventure series filmed and created for 🕹 It launches on in just a few weeks. October 11th to be exact and it has consumed my life. ☎️ We filmed it in Washington State thanks to the help of 🏔 It stars Tru Collins (Welcome to Daisyland) Monique Coleman (The Fourth Door) and Jessica Lee Amlee. Combined these three actresses form a deliciously talented coven. The picture below is from a photo shoot we did for the show last week. I am so excited for you to get lost in the world of just like we have. ❤️ .vr

I recently sat down with the folks at and spilled all the tea I have left to give. Please take a listen and let me know what you think! https://apple.co/2kmQgnP ❤️🎥

I visited the set of during the filming of chapter one and got to sit down with and talk about our mutual love of storytelling, horror and all things 🎈As her and her brother/director launch the conclusion of their horror opus I wish them a wonderful opening weekend. I can only imagine how hard they’ve worked to give us something entirely unique and special. 🎈

Here's a preview for you, IT Chapter Two. Brought to by BlackBoxTV. 🎈 Thanks to IT Movie, Warner Bros. Entertainment and YouTube for bringing me back to Derry! 🎈You can watch the full version at youtube.com/blackboxtv ❤️ Stephen King

The terrifying twos. Making vids for you. So happy to be back in Derry with my favorite clown. Coming soon to -

What are you favorite horror/thriller video games? Mine are , and Layers of Fear BUT I’m looking for new worlds to plunder! PLEASE HELP! 🧟‍♂️

Our newest VR Film focusers on the king of nightmares, Freddy Krueger. Dedicated to Wes Craven, gone but never forgotten. I'll always remember the time he took to talk to me in Ann Arbor, Michigan while he was filming Scream 4. We filmed our conversation and you can watch that here if you like https://youtu.be/TUoaXxTVm1M

There are few horror films that have inspired me more than "Nightmare On Elm Street" and recently I watched the documentary "Never Sleep Again" and I thought about how much I miss Wes Craven and his wonderfully dark and beautiful films. The work Wes and Robert Shaye (NOES producer) did back in 1984 changed the way I looked at horror films forever.

Turn on the Dark indeed.

Thanks for posting this vid Deadm15! Glad you like the new merch! ❤️

Got two more items. I love the pillow :). If you want to get some Blackboxtv Merch just go to https://teespring.com/stores/blackboxtv Also go like them on fa...

All the pretty pretty ur broken heart could desire. https://teespring.com/stores/blackboxtv Designed by exclusively for you. ✨🎩✨ 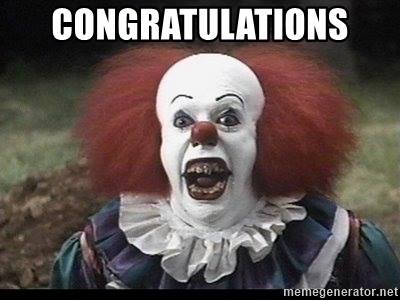 YEAH! I can finally announce that Wanda Kuskie is the winner of the Oculus Go for finding the hidden words in our last 360/VR video. Good job Wanda! DM me to receive your prize! ❤️ https://youtu.be/O3vhJ0QIpu0

Recently sat down with my friends to answer some killer questions. You can watch the whole interview here -> https://www.screambox.com/video/4687909/killer-questions-with-blackboxtv ❤️🎥 Twas’ awesome! 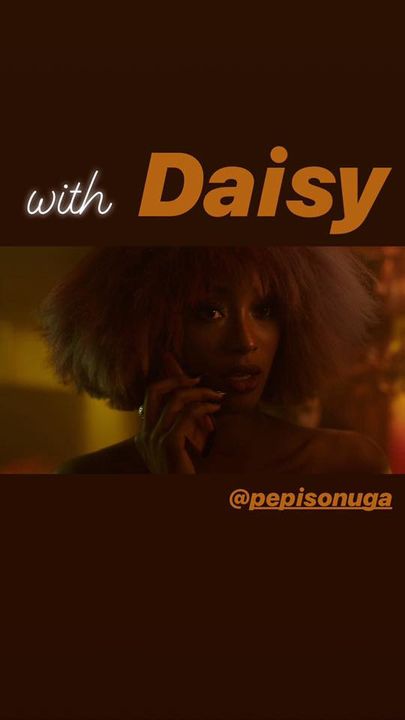 Congrats to everyone who worked on BlackBoxTV's Immersive Series FIND ME. We got nominated for two Streamy Awards for both Immersive Series and Visual Effects. If you haven’t seen our show yet click here https://bit.ly/2IHkWb6 FIND ME was made in Unity and made possible by YouTube Space LA and Los Angeles Times . ❤️🎥

Five years ago the story of began on BlackBoxTV and today it continues at https://www.serialbox.com/silverwood. A brand new story brought to life by some of the best writers I've ever gotten to work with. It's a strange thing, this ability I have to play in the dark with the monsters of my youth. Thanks to show runner Brian Keene for carrying the flashlight and showing us the way. It's nice to be home again, this time with friends ❤️📕

Be the first to know and let us send you an email when BlackBoxTV posts news and promotions. Your email address will not be used for any other purpose, and you can unsubscribe at any time.

Send a message to BlackBoxTV:

THE LEGEND OF SCREAM PARK So you think you know what scary is? Think again. I'm exposing the truth over at www.screampark.com See you there - Christy #screampark

Scream Park is back! Only on the Meta Quest 👨🏻‍🚀Be transported into the future and onto the surface of Mars. Find you way down into the dangerous depths of the red planet and ride a roller coaster like nothing on Earth. ☄️ Will you survive the rides at Scream Park? You know you shouldn't be here... #Quest2 #MetaQuest #spaceday #mars #vr #virtualreality #adventure 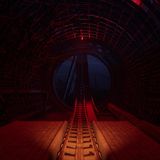 "You are I are going to be the first two people in 30 years to ride the rides at Scream Park." Oculus http://bit.ly/VR360BlackBoxTV YouTube https://youtube.com/blackboxtv 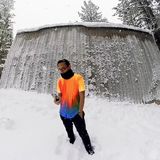 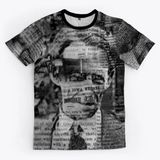 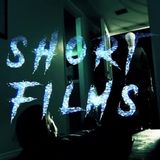 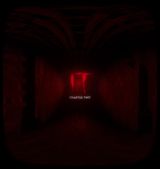 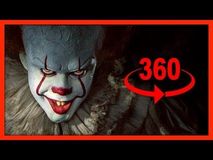 IT: FLOAT - A Cinematic VR Experience 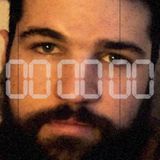 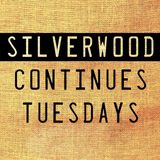 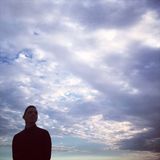 his weakness was his belief that evil had boundaries << 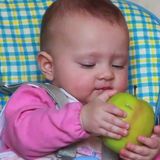 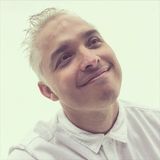 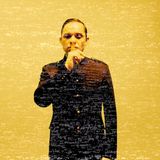 BIO: Tony E. Valenzuela is an award winning writer/director and creator of BlackBoxTV, the #1 most-subscribed & watched sci-fi/horror/vr channel on YouTube. In 2012, Tony partnered with YouTube Originals for a slate of programming that included a collaboration with Anthony E Zuiker (creator of C.S.I.) Tony recently completed his 2nd full-length feature (his first was distributed by IFC and then Netflix) and the wildly successful YouTube zombie survival game "Fight of the Living Dead." He has collaborated with Jon Turtletaub, Sony Pictures, Warner Bros., CBS, Fox Studios, The Los Angeles Times, Guillermo del Toro as well as Ron Howard & Brian Grazer's New Form Digital. Additionally (in 2017 and again in 2018) Tony's work in VR and 360 filmmaking garnered him a Streamy Award for "Best Immersive Storyteller."

Other TV Channels in Spokane

Other TV Channels in Spokane (show all)