They gone say the dream too big 💭🦍

Lil Drippy would like to invite all of his friends to become proficient in their cursive handwriting skills. Lil Drippy's book "Learn to cursive with Lil Dri... Don’t forget to tune in tomorrow with Alexander Nico Martin on Ethnic Ish N More TV at 8:30 pm BBQue Closet Co. will be talking about the brand, what’s next and more !!!🥰✨

Check out the newest HBCU podcast by HBCU alums A.D. , Roni, Nette B and NicoThaGreat!Episode 2 touches on the joys of homecoming, our favorite homecoming ex... E Saint raised...St Louis made...
Pouring into the youth on what NOT to do..and into entrepreneurs what TO do is what I stand for...
Thank You Delux Magazine for honoring me as one of the 2022 Power 100 influencers and movers and shakers of the Lou...
I will continue to strive and uplift💯

Book us today for your video needs!!!

We are excited to announce that The Woke Brand has been selected to be 1 of 7 chosen BLACK FASHION DESIGNERS for this year's . We are electrified to bring forth our designs to this dope black fashion experience and per usual wake the city up with this one! Thank you for having us T.Moore 🙏🏾❤️

STILL FEEL BROKE IS OUT EVERYWHERE

This week's special guest is none other than Indie Red of Red Room Show and CEO of !!!

I know it’s been a minute but I have some amazing news !!

I will be walking in LA Fashion Week ! I’m so grateful for this opportunity to be on such a huge stage! It’s time to take over the world 🥰💙

Be the first to know and let us send you an email when Ethnic Ish N More TV posts news and promotions. Your email address will not be used for any other purpose, and you can unsubscribe at any time. 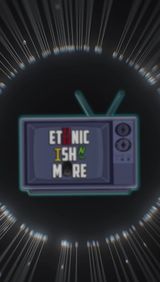 When you hit one million views on your #instagramreel !!!! 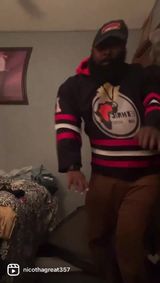 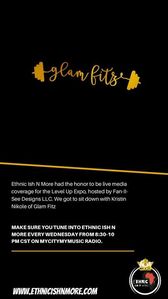 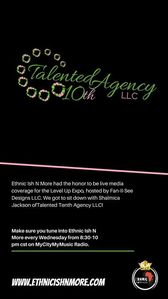 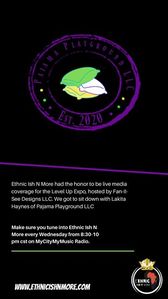 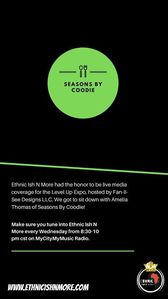 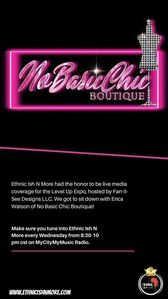 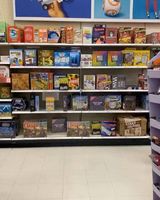 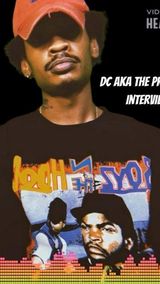 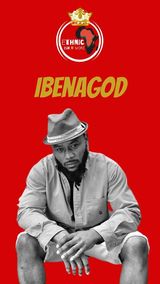 Other Radio Stations in St. Louis

youtu.be/kxse8_DtCfY
Oh we bringing it for the R&B lovers this Wednesday on Do That S**t Live Performance’s w/ Mookie Tolliver performing his single “Closer” at 12:30 pm cst!

https://youtu.be/DpFVKgWgXQQ
Premieres Wednesday at 12 pm‼️ Subscribe to Ethnic Ish N More TV to Stay Tuned In‼️ Link Below💪🏾🔥
It has been proven that the oldest living human, out dating many biblical characters, was a Black woman whos origin was ETHIOPIAN, those who discover her in 1974 called her Lucy.

The melanin that we love so much, that makes us all these beautiful shades can also be found in interstellar space.

In celebration of Woman History Month
We salute you
Saturday November 27, 2021 ‼️
Come out and network with us! 🍭

Ethnic Ish N More TV
The Community Clean up "For the "Best Rapper Alive Concert" was a Success💪🏿🙌🏿😤...We filled 9 big Trash Bags of Garbage....We hit St. Clair Ave in the City and also Washington Park...Major S/O to Podcast Host Ethnic Ish N More Medoa Coverage Host/Provider for his helping handAlexander Nico Martin for his Helping Hand...Also Event Host Vzual Plug also Podcast Host of Hustlers’ Perspective and also Videographer...And the King also event host Kilo Ktp and also Podcast Host and Stl Artist...and last but not least The mf Queen Sharai Smith the head huncho of the MUA World the one and only The Beautiful "The Highlight Princess" And if yall aint got yall tickets get them now...Saturday June 26th its going down at Pops Concert Venue

We are now on YouTube! Go check out our first video with our exclusive interview with Ethnic Ish N More

THE 6IX PRELUDE Fan Support Day #2 Alexander Nico Martin this King is destined for Greatness...StandOut Man and a man of His Word...This man Came to the studio with me laid his vocals down and also starring in his very first Music Video Which will be mine next Week!!!!!! Has his own Podcast Ethnic Ish N More his own Karaoke show...This is a Black King of Many Hats...But Make sure yall tune in Every Wednesday at 8:30...and thanks once again King...I Appreciate all the Love and Support 💪🏿🔥🙏🏿✊🏿
Check out our interview with Ethnic Ish N More!!! Greatness in the making...

Other Radio Stations in St. Louis (show all)