Blood Moon is an independent, award-winning, NYC-based publishing venue specializing in reading entertainment about How America Interprets Its Celebrities.

Blood Moon is preoccupied with the research, verification, and preservation of the oral histories of America’s Entertainment Industry. We’ve already established some world’s records: Since our debut in 2004, four of our biographies have been serialized (excerpted) in the UK, within either THESUNDAYTIMES or THEMAILONSUNDAY. Additionally, one of those four titles (Darwin Porter’s Brando Unzipped)

Blood Moon is preoccupied with the research, verification, and preservation of the oral histories of America’s Entertainment Industry. We’ve already established some world’s records: Since our debut in 2004, four of our biographies have been serialized (excerpted) in the UK, within either THESUNDAYTIMES or THEMAILONSUNDAY. Additionally, one of those four titles (Darwin Porter’s Brando Unzipped)

Blood Moon announces the release, on September 14, of the most comprehensive biography of HENRY FONDA ever published. Read about it here: https://drive.google.com/file/d/1Y77e8-FB6UTMaSNl6EbIkSsY5dyNBiCI/view?usp=sharing

I LOVE LUCY, and so do the judges at the New York Book Festival

Publishing News: . Blood Moon's Contribution to Lesbian Studies will be released, worldwide, in time for Halloween: Salvaging the Secrets of the Grand Divas of Broadway and the early Film Industry: It's a tough job, but somebody had to do it: What's it called?

Read about it here: https://drive.google.com/file/d/1CpiW02rkuAHwAv6arSxiTIaUGqpe4FZe/view?usp=sharing

Merry Christmas from Blood Moon's affiliated AirBnb. Here's a four minute video telling y'all WHAT'S NEW in the publishing and hospitality trades at Magnolia House: Happy New Year! May it be healthy and prosperous for all of you. ###

Danforth Prince, innkeeper at the New York City AirBnb most focused on fame and celebrity in the 20th Century, documents the recent visit of honored guests f... 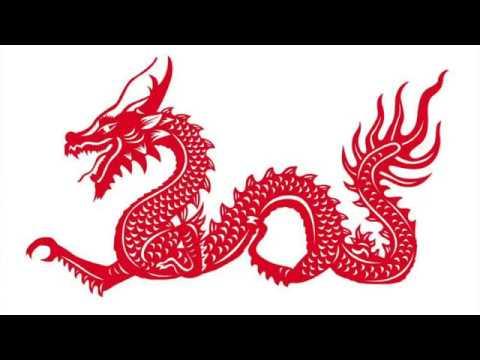 In August of 2019, after architects and emissaries from China checked into Blood Moon's AirBnb--New York's historic MAGNOLIA HOUSE--Danforth Prince and Henry...

MORE IS NEVER ENOUGH: A Preview of the new KIRK DOUGLAS biography

Available in bookstores and online in April, from Blood Moon Productions: MORE IS NEVER ENOUGH, a 600-page biography devoted to the life and career of the golden-age megastar KIRK DOUGLAS. This illustrated trailer provides a ten-minute preview of what readers can expect from its pages. With respect and affection, we dedicate it to a Champion: KIRK DOUGLAS. https://youtu.be/Tc9YiY4QXAY

Attention Playboys and Playmates: Blood Moon proudly announces the designation of EMPIRE OF SKIN, its recent biography of HUGH HEFNER, as BEST BIOGRAPHY of 2018 at the NEW ENGLAND BOOK FESTIVAL. Here's the news announcement. Thanks for your interest and ROCK ON!! ###

As an advance preview, they've included a dozen or so pithy evaluations and film reviews from the book's author, Darwin Porter, a replica of its cover art, and mention that KIRK is 102 years old, and HAPPY BIRTHDAY KIRK! Here’s the link. Happy Monday and ###

AFTERNOON TEA, THE IRONIES OF FAME, & a New, Unauthorized Biography of HUGH HEFNER

For Immediate Release: NEWS About HOW TO BE A BUNNY, from Blood Moon Productions

ENQUIRING MINDS & READERS OF PLAYBOY ARE ASKING: How did KNEWS-Radio, “the Voice of California’s Coacella Valley,” handle their broadcast about Blood Moon’s ...

Did you say: "STORYTELLING & AFTERNOON TEA?" YES! �WHY? Because it's new! It's fun! It's being talked about in LOTS of unlikely places. And it's the closest thing to a LITERARY & SHOW-BIZ SALON that CELEBRITY PUBLISHING has ever seen. �Designed as an "up close and personal experience" by Blood Moon in collaboration with AirBnb, it's the new face of "celebrity tourism." �AND YOU'RE INVITED!

In October, Blood Moon will release the first post-mortem and unauthorized biography of Playboy's HUGH HEFNER.

For enquiring minds who wonder how we've played it, here's a 9-minute book trailer discussing the nuances.

Thanks, with hopes that your Halloween's are happy. What's Blood Moon's advice about dress codes this year? BE A BUNNY. https://youtu.be/PxbThK3tyHA

BOOK RELEASE NEWS, IN COMMEMORATION OF THE RECENT DEATH OF HUGH HEFNER: Blood Moon Productions proudly announces the availability, on Halloween 2018 in books...

PRINCESS LEIA AND UNSINKABLE TAMMY IN HELL, the media-savvy mother-daughter team that rocked Hollywood, travel together to RICHMOND (Virginia) where DANFORTH PRINCE, co-author of their new biography, discusses their INTER-GALACTIC LEGACIES with book reviewer JIM JUNOT.

An interview with Danforth Prince, co-author with Darwin Porter of "Carrie Fisher & Debbie Reynolds: Princess Leia & Unsinkable Tammy in Hell" published by B...

Three days ago, THE SUNDAY TIMES, THE DAILY MAIL, and about a dozen other media outlets) "discovered" Blood Moon's six-week-old overview of PRINCESS LEIA and her mother, UNSINKABLE TAMMY. Read about it here:

Happy mothers day to Debbie and Carrie. A hot new biography of their lives ("The Hottest Mother-Daughter Act in Show-Biz History") has changed the way matriarchs are discussing THE MOVIES with their daughters and granddaughters. PRINCESS LEIA AND UNSINKABLE TAMMY IN HELL. Here's how a radio talk show host discussed it with me a few days ago. ###

Carrie Fisher & Debbie Reynolds: A 20-minute Overview of their Lives

NEW HOT & UNAUTHORIZED: BLOOD MOON'S MOTHERS DAY GIFT TO HOLLYWOOD.
THE FORCE IS WITH YOU!!

Carrie Fisher and Debbie Reynolds were the greatest mother-daughter act in the history of show-biz. Each became a world-class symbol of the social and cinema...

A NEW YORK LAMENTATION: In January of 2018, at an obscure parish church in the sometimes forgotten Outer Borough of Staten Island, the Episcopal Diocese of New York premiered a controversial play they'd sponsored about its role in sustaining and perpetuating the American Institution of Slavery. Here... 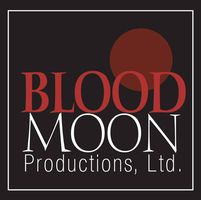 MOVIEMAKING NEWS from Blood Moon Productions. Did you know? that Staten Island has emerged as one of the hottest locations for filmmakers in New York City, and that Blood Moon's MAGNOLIA HOUSE is being touted around Hollywood as evocative, poetic, photogenic, and ready for its closeup? Here are some new reasons why filmmakers LOVE Staten Island, with NEWS from one of the film industry's most successful film scouts, Sallie Slate.
Have a look:

IT was 32 years ago this month that Rock Hudson died of Aids, the first major movie actor seen to succumb to the deadly disease as the world watched in shock. Yet in the 1950s he reigned not only as Hollywood's biggest box office star but as its greatest bisexual swordsman. 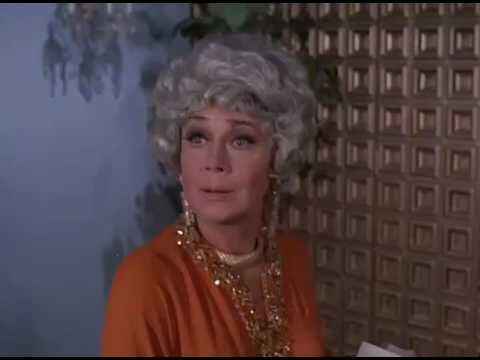 ROCK! DID WE REALLY KNOW YE?

Feeling insecure about vintage Hollywood history, and confused about who ROCK HUDSON might have been?

In anticipation of its release on Halloween of Blood Moon’s astonishing unauthorized biography of Vintage Hollywood’s most celebrated phallic symbol, ROCK HUDSON, Danforth Prince presents one of his favorite episodes of MacMillan & Wife, Rock Hudson’s most fiscally successful TV series.

Filmed years after his priapic ascent on and across the Hollywood casting couches, and years before his widely publicized and widely symbolic death from AIDS, Rock Hudson is here presented as the spectacularly handsome and spectacularly charming commissioner of the San Francisco Police Department

Here's OUR HARD AND SAVVY ROCK, in this clip from episode 106 the EASY SUNDAY MURDER, from Macmillan and Wife. https://www.youtube.com/watch?v=v77W36-TwAo&t=747 ,

Rock Hard and Rocking with ROCK HUDSON--new, hot and available in October from Blood Moon Productions. Read about it here: https://drive.google.com/file/d/0BwMDrIx_UX0FaktmNE8tcjR2cjA/view?usp=sharing

Blood Moon proudly announces the release, on Halloween, of history's most comprehensive biography of Rock Hudson, one of the all-time lust objects and phalli...

Belligerent Blondes: What do Lana Turner & Donald Trump have in common.pdf

BELLIGERENT BLONDES on a HOT DATE: Flashbulbs are popping, red carpets are rolling, and gossips are speculating as far away as Moscow about what DONALD TRUMP has in common with golden-age screen diva LANA TURNER. Read about Blood Moon's newest BEST BIOGRAPHY AWARDS from the New York Book Festival.

LANA GETS LITERATE!!! READ ABOUT IT HERE

Be the first to know and let us send you an email when Blood Moon Productions, Ltd. posts news and promotions. Your email address will not be used for any other purpose, and you can unsubscribe at any time.

FABULOUS BRUNETTES (including La Liz) showing off on Talk Radio

THE KENNEDYS: All the Gossip Unfit to Print

The newest "Lights, Camera, Author!" with an interview with Danforth Prince, co-author of "Too Many Damn Rainbows" https://exchange.prx.org/p/321632
Lights, Camera, Author! #3 - November 15, 2019. Jim Junot talks with Danforth Prince about "Burt Reynolds - Put the Pedal to the Metal" https://anchor.fm/the-junot-files/episodes/Lights--Camera--Author--3---Danforth-Prince-e9136u