If you like the Long Island Press, be sure to visit other sites in our network

Breaking mews: These kitties wanna come home with you today!

We all know pet adoption saves lives, but if you can’t adopt, please consider volunteering at your local rescue.

Here are the stories that were trending on longislandpress.com this week

Read this week's most popular stories on LongIslandPress.com.

The Weekender: 11 Things to Do on Long Island This Weekend

Check out what's going on across Long Island this weekend!

Events on Long Island this weekend include a Train concert, a live comedy performance by "Murr" from Impractical Jokers, and a Debbie Gibson concert.

Suffolk County officials have unveiled The North Shore Rail Trail, a new hiking and biking trail that extends 10 miles along the North Shore.

New Push in NY to Force Gunmakers to Adopt Microstamping

With this technology, guns imprint tiny codes on ammunition cartridges as they are fired — creating a unique signature police could use to help solve crimes.

New York this week became the second state to enact a law intended to force firearms manufacturers to adopt microstamping.

Get Dad a Long Island-made gift for Father's Day this year!

Dads are notoriously hard to shop for, so finding the perfect Father’s Day gift can be tricky. To help out, we have rounded up some of our favorite products from Long Island shops for the perfect present for your dad.

Belmont Stakes Preview: Odds, Analysis and Predictions; Will Rich Strike Pull Off the 'Test of the Champion'?

Place your bets. The highly-anticipated horse race kicks off at Belmont Park on Saturday.

The 154th Belmont Stakes this Saturday will either prove to the racing world that Rich Strike was an overlooked star in the Kentucky Derby, or a fluke who got a lucky break in America’s most famous horse race.

An Amagansett oceanfront estate with dramatic ocean vistas and adjacent reserve property has just hit the market for $25 million.

Millions of Covid-19 vaccine doses have been ordered for small children in anticipation of possible federal authorization next week, White House officials say.

Secure your ticket to the most intimate dining experience of the summer on June 25th.

Chefs of the Hamptons is officially SOLD OUT! 🍾 Don't fret, we have an amazing event lineup for the rest of the year.

Next up is a 6-course dining experience, Chefs of the North Fork. Get your tickets today before they run out!

Secure your ticket to the most intimate dining experience of the summer on June 25th.

Few tickets remain to Chefs of the Hamptons on June 9th 🥂 https://bit.ly/3sbrYNf

The summer is getting warmer and our guest list is getting hotter! 🔥 We’re thrilled to announce this year’s Chefs of the Hamptons hosts, Chef Rocco Dispirito, Richie Hosein and DJ Ethan.

This will be a Hamptons event you won’t want to miss. https://bit.ly/3sbrYNf

Everything You Ever Wanted To Know About Jones Beach

Heading to Jones Beach for the air show this weekend? Here’s what else the area has to offer!

Jones Beach is famous for its sprawling white sand shoreline — but it's a lot more than just a park.

Take a trip down memory lane to 2016 with Dan’s Taste.

Who's ready for the 11th Summer of Dan's Taste Presented by Yieldstreet? 🍾 🍽 🦞 🍦 Chefs of the Hamptons kicks off in two weeks! https://bit.ly/3v7acMT

It's all about having fun in the sun. 🌞 We're happy to bring you yet another season of premiere culinary events with Long Island's best culinary talent this summer.

Get the full details of each event when you visit our site. https://bit.ly/3v7acMT

If you're interested in having a 6-course sit-down meal, don't hesitate to check out our Chefs of North Fork event on June 25th. 🥂

It will be a one-of-a-kind gastronomic gathering. https://bit.ly/3LYfTmk

Serafina has Joined Chef of the Hamptons!

Serafina has Joined Chef of the Hamptons!

Is there a better place to kick off our event series than at EHP Resort & Marina?

Is there a better place to kick off our event series than at EHP Resort & Marina?

The Dix Hills Ice Rink was renamed the Clark Gillies Arena during a celebratory ceremony of Gillies’ life and legacy on Saturday.

BREAKING: Suffolk County police plan to release Friday recordings of three 911 calls made on the night that Shannan Gilbert — a key figure in the Gilgo Beach murders — went missing near Oak Beach in 2010.

Police will Friday three 911 calls made on the night that Shannan Gilbert — a key figure in the Gilgo Beach murders — went missing near Oak Beach in 2010.

The perfect gift for Mom. 👇

Kick off the summer with Chefs of the Hamptons! ✨ 🙌 Our summer event series premieres on June 9th and will feature a curated cocktail hour with multiple hors d’oeuvres, a five-course pairing dinner, dessert, and MORE. 🍽🍷🥂

A portion of ticket proceeds will benefit organizations including All For The East End. 👏😄 Tickets are limited, and selling fast! https://bit.ly/3v7acMT

Eladio Guzmán spent two years in jail for selling drugs, missing the birth of his first child. Cannabis is part of his tumultuous past, but a year after New York legalized possession and use of marijuana, it could be his future. He’s eager to open a recreational dispensary.

Eladio Guzmán spent two years in jail for selling drugs, missing the birth of his first child. Cannabis is part of his tumultuous past, but a year after New York legalized possession and use of marijuana, it could be his future. He's eager to open a recreational dispensary.

Shabby Tabby Cat Café in Sayville offers cat adoptions and a relaxed spot for customers hang out with the kitties.

Be the first to know and let us send you an email when Long Island Press posts news and promotions. Your email address will not be used for any other purpose, and you can unsubscribe at any time. 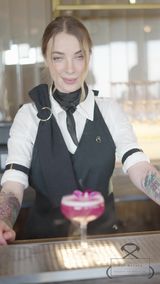 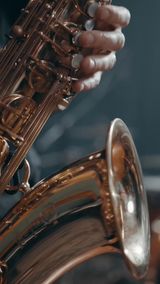 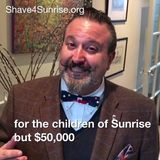 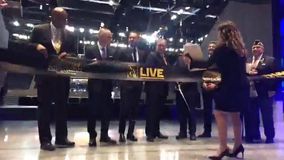 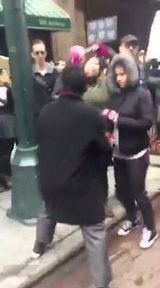 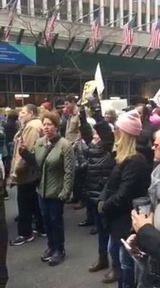 Polar Vortex on the way?

we're LIVE outside the #HOFDebate16... The show before the sho...

We're live outside of the #HofDebate16 #LIPDebate - The show b...

LIVE behind the scenes at the #hofdebate16 for the show before...

LIVE AT THE SHOW OUTSIDE THE SHOW! Behind the scenes #HOFDEBAT... 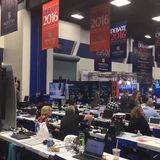 Other Newspapers in Syosset

Couples make many decisions when planning their weddings. Choice of officiant is one decision that's worthy of significant consideration.
Disgraced ex-Gov. Andrew Cuomo, 64, who resigned last year in the wake of multiple sexual misconduct allegations, is eying a potential primary run against Gov. Hochul, CNBC first reported Wednesday.
Gov. Kathy Hochul signed a suite of bills into law Wednesday aimed at combatting workplace sexual harassment, seeking to clear up the filth in state government left behind after the resignation of her scandal-ridden predecessor Andrew Cuomo.
What is the best Irish bar on Long Island? Find out in today's Best of Long Island spotlight!
Today is Freedom of Information Day. Learn how you can access government information in the region with this helpful guide!
While breast-feeding or bottle-feeding, comfort and efficiency is a top priority, which makes a nursing pillow a must-have tool.
Snacks and treats are one of the best parts about holiday festivities. St. Patrick's Day is no exception.
U.S. prosecutors have accused China of trying to harass and undermine an American critic of China who is running for U.S. Congress on Long Island, according to a criminal complaint unsealed on Wednesday in federal court in Brooklyn.
Susan Lucci leads “Celebrity Autobiography,” the comedy show at Adelphi University Performing Arts Center (PAC), on Saturday, April 30.
The Great South Bay Music Festival is back.
Pfizer Inc and its German partner BioNTech SE will seek emergency use authorization for a second booster shot of their Covid-19 vaccine for people aged 65 and older as soon as Tuesday, the Washington Post reported.
A grand, luxurious brick colonial home built in 2013 is listed for sale in Garden City.