The Bronx Times is the leading digital and print news source of the Bronx, covering every corner of the NYC borough. You can get the Bronx Times in your inbox: http://bit.ly/3f8f23G

We are part of Schneps Community News Group (SCNG).

Detectives are looking for the suspect behind a Bronx triple shooting on Saturday night that left a 27-year-old man dead and two others seriously injured.

An ‘economic boom’: Should Hunts Point get a casino? – Bronx Times

#ICYMI: An 'economic boom': Should Hunts Point get a casino?

Parents and guardians may soon be able to see grades, not of their children's academic performance, but rather the cleanliness of their school's cafeterias

Police need the public's help in finding the suspect behind a Bronx drive-by shooting earlier this week that left a teenager seriously wounded.

A Halal food distribution to help hungry Muslim Bronxites break their fasts for the day highlighted the prevalence of food insecurity in the borough.

New Citi Bike riders in the Bronx can try the bicycle-sharing app for free on Saturday, but the program doesn't span the whole borough.

When lawmakers return to the state Capitol on Monday to resume the remainder of a legislative session that concludes on June 2, many eyes will be fixed on the fate of legislation that has deep ramifications for renters and landlords.

Scientists warn that without a change in development practices — which is aggressively accounting for large spikes in the U.S. population — by Earth Day 2025 the U.S. could lose the equivalent of 17 Washington, D.C.-sized parcels of open space.

Nationally, a new study tallies a total of at least 68,000 square miles of vanished open spaces over that same time, with the heaviest losses in

Six Bronx bus lines are set for an all-electric upgrade, as Gov. Kathy Hochul announced on Earth Day the MTA's deployment of 60 zero-emission electric buses at six bus depots across the five boroughs, including the Kingsbridge Bus Depot.

Two Bronx roadways, Longfellow Avenue and Kelly Street, will be car-free, the city Department of Transportation announced as part of the city's 21-street expansion for its Open Streets initiative, which first launched in 2020 during the pandemic.

Two Bronx roadways, Longfellow Avenue and Kelly Street, will be car-free, the city Department of Transportation announced as part of the city's 21-street

State Attorney General Letitia James and Mayor Eric Adams Thursday announced the city will receive $88.9 million this year to fight the opioid crisis in the

A man is in custody after another man was found shot in the Bronx early Friday morning.

The Northeast YMCA will have a job fair 12 p.m. - 4 p.m. today (Friday) highlighting opportunities for Bronxites with past convictions, but all are welcome.

While the employers at Friday's job fair are not part of the CEO program, they are trying to fill vacancies while considering CEO participants and the

Community Board 11 has the chance to allow for the placement of a group home already rejected by the state, but its members aren't planning to.

NYC Department of Parks and Recreation is exploring plans to improve transportation access to Hart Island in the Bronx – the largest public burial ground in the United States.

As Sandra Clayton sat under the spotlight of a Wednesday noontime congressional hearing on efforts to improve fire safety more than three months after the Jan. 9 Twin Parks North West building fire, she recounted how her life changed forever that day.

Back to the Office and Public Safety with Jeff Friedman, CEO, Building Intelligence - Schneps Broadcasting

Back to the Office and Public Safety with Jeff Friedman, CEO, Building Intelligence

Jeff Friedman, CEO of Building Intelligence Inc. has served as an expert in security deployments in many high-profile buildings throughout New York City

The Yankees overcame a rocky start from righty Gerrit Cole to beat the Detroit Tigers by a 4–2 margin on Wednesday night.

The NYPD is looking for a group of people who shot a man while driving down a Bronx street in broad daylight.

As a social worker running an organization that helps others, I have been astonished by the lack of foresight among politicians that are not rallying behind

After refusing to commit to releasing his tax returns last week, Mayor Eric Adams Tuesday inched closer to financial transparency by saying he would release

SEE IT: Homeless man arrested for spitting on, punching senior citizen on bus in Baychester

For the Marble Hill House tenants who reside in the Bronx's northwest corridor, calls for reliable heat and hot water service had been at the source of residential frustration since 2015.

Now, residents of the Marble Hill Houses in Bronx's northwest corridor and Berry Houses in Staten Island are set to receive energy and heat upgrades as a part

A Bronx lawmaker is proposing a bill in response to the recent subway attack in Brooklyn that would prevent rideshare companies from charging higher prices during emergencies.

Column: Battles of Lexington and Concord play out today

A small group of British American colonists, disturbed that their rights were being slowly but surely eroded, heroically gathered at Lexington and Concord to

Since the COVID-19 pandemic, FreshDirect has seen its impact materialize into expansion opportunities beyond NYC's borders as supermarket inflation prices drive patrons away from their aisles and food insecurity becomes a rising trend.

City Councilmember Rafael Salamanca Jr. is proposing a bill that would require the city Department of Health and Mental Hygiene to establish a letter grading system for sanitary conditions of school cafeterias and kitchens.

Parents and guardians may soon be able to see grades, not of their children's academic performance, but rather the cleanliness of their school's cafeterias

Police are investigating the death of a 23-year-old who was stabbed in the back "numerous times" they say, in front of a residential building blocks away from

Be the first to know and let us send you an email when Bronx Times posts news and promotions. Your email address will not be used for any other purpose, and you can unsubscribe at any time.

Send a message to Bronx Times: 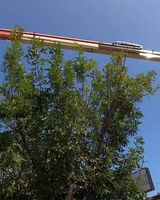 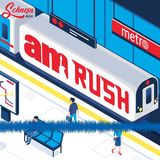 Congressman Joseph Crowley joined Bronx Borough President Ruben Diaz, Jr. plus other elected officials and community members to rally against separating immigrant children from their families. Reporter Alex Mitchell was on the scene this afternoon and will have the full story on the rally in next week’s paper.

BREAKING NEWS: This was the scene only a few hours ago as a fire that started at 326 E. 194th Street quickly spread to surrounding properties in Bedford Park. A neighbor, Brandy Williams, sent us this video of the thick clouds of smoke that rose from properties 6 stores down from the laundromat. The smoke and flames were put out, but FDNY fire marshals continue their investigation. Our reporter Alex Mitchell is on the scene now with more on the aftermath. Stay tuned for details.

WATCH: Our newest reporter Alex Mitchell sat down with Gary Axelbank on BronxNet's 'The Bronx Buzz' to discuss his rookie experiences from Long Island to the borough. Full interview here: https://www.youtube.com/watch?v=i75OEadcsgw …

A moment of silence and bagpipe tribute for police officer Edward Byrne on the 30th anniversary of his assassination while on duty. On Friday, March 2, reporter Sarah Valenzuela will have the full story on the event M.S. 101/P.O. Edward R. Byrne School held in his remembrance.

(🔊 ON) Listen in on reporter Patrick Rocchio interview with 45th Precinct Community Council board member John Doyle after hearing NYPD Commissioner O’Neill’s comments on the precinct and the department at the Council's meeting on February 1st. Full story out tomorrow!

Uncle Joey singing the national anthem at the Yankees game.

Other Media/News Companies in The Bronx

TPFF and Chief Artistic Officer Paige Fraser was recently featured in Bronx Times 🎉  https://www.bxtimes.com/a-story-of-perseverance-the-paige-fraser-foundation/ Visit our website to join our mailing list, to stay in the loop regarding upcoming free programs for ALL 😀
Last month, hundreds of tenants from six buildings in the Bronx won a major victory after New York State’s Division of Homes and Community Renewal denied their landlord's application to deregulate their apartments. But the tenants' fight isn't over: Their landlord hasn’t paid Con Ed since at least the fall of 2021, putting tenants at risk of being left without heat, cooking gas, running elevators and electricity in the common areas of the building. Read more via Bronx Times:
Among the five boroughs of New York City, the Bronx had the second-highest number of new HIV diagnoses in 2020, and the highest percentage of HIV deaths. Over that same time frame, HIV testing dropped sharply due to the COVID pandemic. via Bronx Times
April is #NationalDonateLifeMonth — every 15 hours someone dies waiting for an organ transplant in NY state. In a Bronx Times article, Montefiore Einstein Clinical Manager, Organ and Tissue Donation Services, Leonides Trevino, explains, through organ and tissue donation initiatives, our goal is to increase donations in the Bronx, and help to alleviate the donor shortage. Read the full article to learn about the need for organ donors in our area and the educational events and donor registry drives Mr. Trevino is leading during Donate Life Month: https://bronxvoiceny.blogspot.com/2022/03/organ-donation-extending-life-hope.html. #MontefioreEintein #OrganDonation
#OrangeBankAndTrust was proud to sponsor a $1,500 scholarship awarded to Chelsea Kennedy of Bronx Aerospace High School at the #WomenOfDistinction event hosted by The New Bronx Chamber of Commerce. Now in its 16th year, the Women’s History Month Women of Distinction event series awards partial college scholarships to high-achieving female students attending public, private and charter high schools around the Bronx. Learn more about the Bronx Chamber of Commerce Foundation Women of Distinction scholarships at the Bronx Times: https://bit.ly/37FOk1N
Police have arrested an 18-year-old Brooklyn woman accused of siccing her boyfriend to fatally shoot a man who she alleged was “standing too close” to her at a Dunkin’ in the Bronx last month. via Bronx Times
Fordham University graduate workers became the latest New York-based employees to successfully unionize in a landslide 299-15 vote — forming a union with the Communications Workers of America in an official National Labor Relations Board election on Thursday. via Bronx Times
An argument over a clogged toilet ended in one person's death last month at an apartment in the Morris Houses in the Bronx. via Bronx Times
Join us this Saturday between 12PM - 3PM in Owen Dolen Park for the return of Stop 'N' Swap! See flyers and press release for details. BronxNet Community Television News 12 The Bronx Bronx Times ABC7NY FOX 5 / Fox5NY.com CBS New York NBC New York Univision Nueva York
Community Information:
The campus of ArchCare at San Vincente de Paul Skilled Nursing and Rehabilitation Center, providing care to individuals and families in the Bronx via a nursing home, assisted living program and Program of All-Inclusive Care for Elders (PACE), received a $5.2 million grant from New York State. The grant funds will be invested back into the community, furthering its access to and quality of health care. Read the Bronx Times article on this great accomplishment! 💰 https://www.bxtimes.com/archcare-at-san-vicente-de-paul-to-receive-5-2m-grant-and-invest-in-community/ #TogetherWeCan #Bronx
Had the pleasure of writing an Op-Ed for the Bronx Times to which I called out my opponent Michael Benedetto on his changing views of Mayoral Control. We need leaders who put the people first and not their political party! - https://loom.ly/B0g0FR4 #Alquattlebaum4NY #Riseaboveit #Mayoralcontrol #Mayoralaccountability