We love supporting indie artists and especially their merch! Very cool design… check out our blues brother Taylor Davis & The Outsiders!
It supports the road crew and taking the show on the road!

We hope we get a visit when he returns to NJ but until he does we will keep him close to our hearts! With great merch!

Taylor Davis & The Outsiders are thrilled to be dropping their first piece of merchandise as a band. All purchases of the Original Outsiders Work Shirt #1 will go towards supporting the band's upcoming travels outside of Miami and the ever growing expenses of the road. We have been asked all the way...

Vote for our fav!

Now that’s how to start a week! Our latest single, The Hate (feat. Kat Riggins, Justin Johnson) has ascended to #2 on the Roots Music Report Blues Song Chart this week! We can’t thank the blues programs across the globe enough for airing a song that has apparently been deemed too controversial by others to air. Don’t forget to tune in tonight at 9pm ET to hear Gina Coleman, Kat Riggins and Justin Johnson talk about this collaboration live with Vinny Marini on Music On The Coach; TGRN - True Grit Roots Network.

Winners will be announced at the 8TH ANNUAL JOSIE MUSIC AWARDS on SUNDAY, October 23, 2022 at the Grand Ole Opry in Nashville, Tennessee.
.
Publicity and promotion: Blind Raccoon

Many thanks Blues Blast Magazine

She mentions us!! So proud to be part of this great moment in blues!!

Ya' gotta love when a talent like Eliza Neals starts following both of my instagram accounts and !

Rock On Radio heard here every Friday 1-3pm EST and starting Thursday 10/21 Danny Coleman's Got The Blues will air from 5-6pm EST! Many thanks to Mistress Angie and her crew at Fallen Angel ! https://onlineradiobox.com/us/502fallenangel/?cs=us.502fallenangel&played=1

The first official review of our new single with Joe Louis Walker. Thanks to DJ Danny Coleman from Rock On Radio and Danny Coleman's Got The Blues!

"Gina Coleman and Misty Blues have quite possibly outdone themselves with their latest single "Take A Long Ride" featuring blistering guitar by blues great Joe Louis Walker. A dynamic rollercoaster with a haunting melody accentuated by Coleman's bass driven vocal which gives way to Walker's brilliant guitar work. A searing sax solo takes it to yet another level just before this "Long Ride" comes to a close. Coleman is on point; Walker is brilliant and "Take A Long Ride" is well worth the trip..." - Danny Coleman

Buddy Guy: Truth is, I’m worried about the blues. When B.B. King was still alive, we had long talks about why, outside of satellite, the radio don’t play no blues. On the other hand, I got me some youngsters. My protégé Quinn Sullivan is 19, but I discovered him when he was 8. Cat named Kingfish Ingram from the Delta, just out of high school, is also playing serious blues. I paid for his record. I’d pay anything to make sure this music does what it’s always meant to do: Let people know they ain’t alone. See, we all got the blues. That’s the human condition. But those blues don’t mean we got to grieve. Those blues will warm your heart. When the groove gets to your gut, those blues, brother, turn sad to glad.
- Billboard 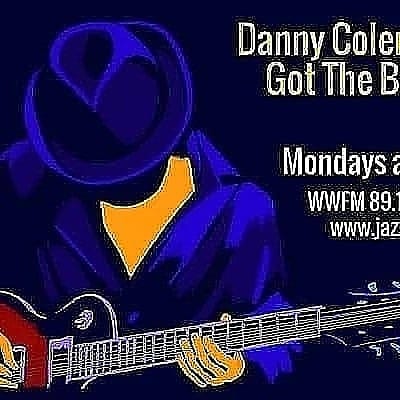 Monday 2/15 at 7pm Eastern on Jazzon2.org we've got the "After" Valentine's Day show with music from The Boomers, Christine Ohlman, Andy B and more!

Monday night with locals, legends and more! Tune in 7pm Eastern on jazzon2.org

Great write up on our Host/Creator Extraordinaire!!

Danny Coleman is a veteran musician, radio show personality and music journalist from the south central portion of New Jersey.

Forced to re-invent himself after a career ending back injury, he turned his love of radio and passion for music into a new career.

As the Creator/Host of “Rock On Radio” Coleman conducts live on air interviews with a variety of guests including musicians, entertainers and entrepreneurs. A regular contributor to print and on line publications he has interviewed some of the largest names in rock music. Artists such as John Oates, Peter Tork, Ian Anderson, Nancy Wilson, Ann Wilson, Don Felder, John Sebastian, Liberty DeVitto, Gary U.S. Bonds, Carl Palmer, Jason Derulo and many others have given their time to him on air.

“Rock On Radio” airs weekly at 7 p.m. EST on multiple internet stations and is syndicated on additional outlets in the US, the UK and Canada; recently the program celebrated its 11th Anniversary.
Danny Coleman's ROCK on RADIO

Danny is also the Creator and Host of “Danny Coleman’s Got The Blues” airing on WWFM 89.1 FM HD2 radio and online at www.jazzon2.org where he features an hour of blues music from legends to local artists. Danny Coleman's Got The Blues

Danny is also a former weekend air personality for WPOP Radio 77; an internet radio station playing music of the 60’s, 70’s and 80’s.

Thank all of YOU for your support, your comments and patronage of my weekly column here on New Jersey Stage! A HUGE heartfelt THANK YOU to Gary Wien for dealing with my shenanigans and allowing me to publish here. Thanks Gary... you are aces, man!

Happy, healthy and successful new year to all and....ROCK ON!

"I'm in the Bahamas and this is where my children were born; I've been here for a number of years and we're back and forth to Spain which is where I met Adam and Christian. Adam and Christian are from England but they're now over in Spain. I'm American but our rhythm section, our bassist and drummer... 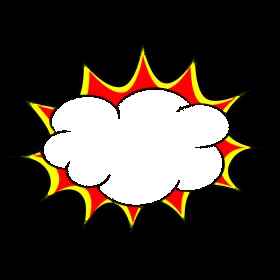 This Just in!!! I was interviewed on a podcast called "When Words Fail Music Speaks" last week. I discusss drums, music, my radio shows and more! Many thanks to James Cox for having me on the show!

This is the ONLY music Podcast you should be listening to! Welcome to When Words Fail.....Music Speaks Podcast. We also want this Podcast to be interactive. If you have any ideas or suggestions...please feel free to reach out to us!

"It's been a long journey so far; it feels long but it has been less than 10 years, "stated world renowned Tenor Jonathan Antoine as he discussed his newest album, his literary career and more.

Merry Christmas and a Happy New Year... Seasons Greetings and Happy Holidays to all of our ROR family!

Click up top to the Danny Coleman’s Got the Blues choice...

We got the BLUES for you!!!

OK people, I know its Nov. 5th BUT I need Christmas music for Rock On Radio AND I need blues Christmas tunes for Danny Coleman's Got the Blues! Send them to me at [email protected] BY 12/14! Due to covid restrictions I cant have the usual open house so im gonna need a lot of music for both shows! Thanks in advance! ROCK ON!

All new show in the tank airing 7pm eastern on 8/3!

I've spun the Gumbo Gumbas on the program before; well here's their leader Joe Grillo's take on the current situation!
https://www.youtube.com/watch?v=hKiElUcUWJ4&feature=youtu.be&fbclid=IwAR1uXvDqqoQmLsf3jbIk7D8FZXSxUMR3g7VLcStdOOGS0_cUUbRC_JzVJX0

When you have nothing but time on your hands waiting out a world wide pandemic, this is what you do... write a song about having nothing to do. The family sh...

Rock On Podcast with Danny Coleman

Rock On Podcast with Danny Coleman

A veteran of the radio industry, Danny Coleman's Rock on Radio has been on the air for 11 years. Join Danny as he interviews various musicians locally and nationally recognized!

Thank you all for tuning in this evening! 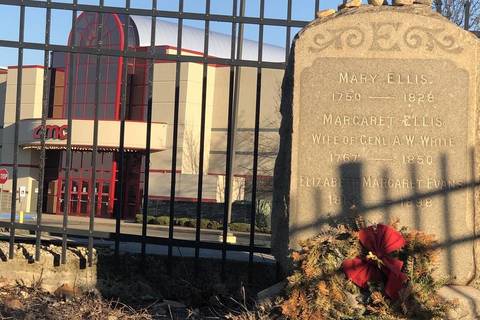 Singer Revisits the Legend of Mary Ellis and Her Lonesome Gravesite

Singer Revisits the Legend of Mary Ellis and Her Lonesome Gravesite

NEW BRUNSWICK, NJ – The faint swoosh of cars barreling down Route 1 could be heard in the distance where some leafless trees cast shadows across the asphalt and the sun just couldn’t warm the cold...

As per a request, here is this past Monday's playlist from "Danny Coleman's Got The Blues" Air Dates 1/27 & 1/29:
"Demolition Man" by Dave Hole
"I Wonder Why" by Debbie Davies & Albert Collins
"Key Don't Fit" by Buddy Guy
"Sweet Spot" by Mark May
"In the Mood" from The Fiedler Files
"Love Her With A Feeling" by Pat Ramsey & the Blues Disciples
"Dallas" by Dave Orban and The Mojo Gypsies (David Orban)
"Wang Dang Doodle" by Koko Taylor
"Love Is A Gamble" by Melvin Taylor
"How Many More Years" by Howlin' Wolf
"Voodoo daddy" by Lonnie Brooks
"Su***de Is Painless" by Dick Gratton

Tune in Monday 2/3 when I have Jersey artists JB Kline, Fish Eyed Blues and Peter V Blues Train on tap!

I was at the station this evening and the streaming issue is fixed! Danny Coleman's Got The Blues feat. music from locals David Orban and Dick Gratton will be rebroadcast tomorrow evening 1/29 at 8 pm Eastern on Jazzon2.org!

Ok my humblest apologies! Tonight's stream was not working so they will re-air tonight's show on Wednesday at 8pm Eastern on jazzon2.org and the FM HD2 stations ! I apologize for the tech difficulties!

Tune in in one hour!
The Premier unveiling
Danny Coleman’s Got the Blues Radio Show
  at 7 pm EST
WWFM 89.1
www.JAZZon2.org

The reviews keep pouring in!!!!

Be the first to know and let us send you an email when Danny Coleman's Got The Blues posts news and promotions. Your email address will not be used for any other purpose, and you can unsubscribe at any time.

Send a message to Danny Coleman's Got The Blues:

Other Radio Stations in Trenton

Other Radio Stations in Trenton (show all)