Helping visually tell stories for decades with one of the world's most exclusive collections of entertainment photography - www.mptvimages.com

mptv is a unique photo agency featuring images from Hollywood's Golden Age to the present day. Our entire collection is available for license and includes some 4 million celebrity and entertainment images taken by more than 60 photographers. mptv Founder and photographer Sid Avery transformed photography during the Golden Age. He was known as the man who could catch the best candid shots of Hollyw

mptv is a unique photo agency featuring images from Hollywood's Golden Age to the present day. Our entire collection is available for license and includes some 4 million celebrity and entertainment images taken by more than 60 photographers. mptv Founder and photographer Sid Avery transformed photography during the Golden Age. He was known as the man who could catch the best candid shots of Hollyw

Tippi Hedren poses for a publicity portrait to promote Alfred Hitchcock's "The Birds."

The film: “The Wild One;” The star: Marlon Brando

"What a swell party this is!"

Celebrating Bing Crosby this May 3rd. His birthday. Can you name the song title this lyric is from?

Pictured, Montgomery Clift and Elizabeth Taylor in Natchez, Mississippi during the making of "Raintree County," 1957.

"The earth is my body, my head is in the stars."

Have you watched the 2021 Rick James documentary, "Bitchin': The Sound and Fury of Rick James"?

Pictured, James at home in the Hollywood Hills, circa 1978.

Jayne Mansfield was born on this day in 1933.

Andy Kaufman is the subject of a forthcoming documentary to be produced by Morgan Neville and directed by Alex Braverman.

Secret Service agent Clint Hill’s latest book, “My Travels with Mrs. Kennedy” is now available for pre-order! The book, being published by the Gallery imprint of Simon & Schuster, is due out on October 11th. The photo featured on the cover is by Mark Shaw and was taken aboard the yacht of Italian Fiat magnate Gianni Agnelli off the Amalfi Coast in 1962.

The book, by Hill and co-writer Lisa McCubbin Hill, will feature personal stories and more than 200 rare or never-before-seen photos.

Pictured, Fred Gwynne as Herman Munster in the television series, "The Munsters."

Who are you rooting for at The Masters this weekend?

Pictured, E.T. enjoying a Coors beer during production of "E.T. the Extra-Terrestrial," 1982.

Anthony Perkins was born on this day in 1932.

"Some Like It Hot", directed by Billy Wilder and starring Marilyn Monroe, Tony Curtis, and Jack Lemmon, was released today in New York City, 1959.

Pictured, Curtis in costume as Josephine.

Pictured, McQueen at his Hollywood Hills home on Solar Drive, 1960.

The Red Hot Chili Peppers will be receiving a star on the Hollywood Walk of Fame during a ceremony this March 31st.

"Parties are necessary in that they bring joy" wrote Christian Dior.

"Leave the Gun, Take the Company"

Today, while others celebrate the 50th anniversary of "The Godfather," we celebrate when "Three's Company" premiered on ABC on March 15th, 1977, 45 years ago today.

Just In: The Hollywood Beauty Awards to Honor Ann-Margret with The Timeless Beauty Award.

Dior has officially re-opened its 30 Montaigne flagship store in Paris after two years of renovation.

Pictured, Dior fashion models covering up to prevent outfits from the Autumn-Winter 1953 Haute Couture collection 'Vivante' line from being copied, 1953.

Celebrating International Women's Day with none other than the bionic woman herself, Lindsay Wagner.

Dolly Parton is one of tonight's co-hosts for the 57th Academy of Country Music Awards which will stream live from Las Vegas exclusively on Prime Video.

Pictured, Parton at a recording session in 1978.

According to CNBC, "Krzyzewski has been coaching at Duke since 1980 and is considered one of the greatest college basketball coaches of all time. Over the course of his career at the university, he won five national titles and is the first Division 1 men’s coach to lead his team to 1,000 wins. His 1,196 victories are the most in the history of men’s college basketball."

How are you going to celebrate?

This quote and more are included in the recently published book from Reel Art Press, "A Small Book of Jewish Comedians.”

Who are you rooting for this Sunday at Super Bowl LVI?

Pictured, Fred Gwynne in "The Munsters."

"Each man has his own music bubbling up inside him and – quite naturally – different ones will let it out in various ways. When I blow I think of times and things from outa the past that gives me an image of the tune. Like moving pictures passing in front of my eyes. A town, a chick somewhere back down the line, an old man with no name you seen once in a place you don't remember – any of 'em can trigger that image. Or a certain blue feeling or happy one. What you hear coming from a man's horn – that's what he is! And man can be many different things."

Our collection includes some 4 million celebrity and entertainment related images taken by more than 60 photographers from around the world. We are pleased to license our collection to enrich your stories with our inspiring imagery.

Be the first to know and let us send you an email when Mptv Images posts news and promotions. Your email address will not be used for any other purpose, and you can unsubscribe at any time.

Send a message to Mptv Images: 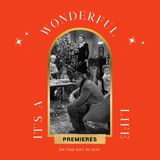 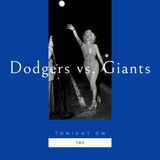 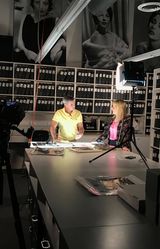 This Is No Dream 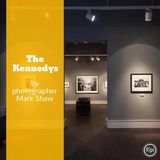 The Kennedys at CAMERA WORK 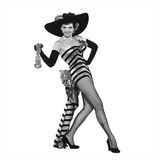 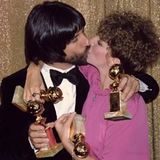 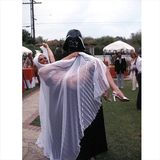 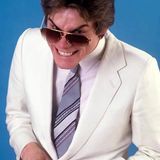 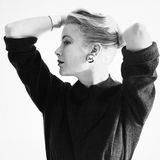 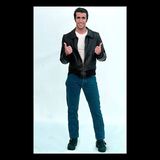 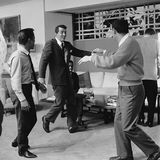 When you think of some of the 20th century's most iconic images, such as

Elvis Presley reaching down to grasp the outstretched arms of his hometown Tupelo, Mississippi fans on an October afternoon in 1956;

Frank Sinatra, Dean Martin, Sammy Davis Jr. and a pack of 9 other men gathered around a pool table in 1960 during the making of a film called "Ocean's 11”;

Farrah Fawcett, a fresh-faced young star, posing in a red bathing suit in front of an old Indian blanket;

you may not think mptv, but you’re seeing us. For over 25 years we’ve been helping visually tell stories with one of the world’s most exclusive collections of entertainment photography. Founded by photographer Sid Avery, whose talent was astutely described by Vanity Fair’s Michael Callahan in a 2014 piece:

"Sid shot almost every cinema giant of the mid-20th century and pulled off a feat surpassing even that: he captured them unguarded, stripping away the studio and P.R. artifice to find the people hiding underneath."

This same keen eye, lucky for posterity, also focused beyond the moment of the snapshot and saw the value in preserving and celebrating, not only his own photography, but that of his colleagues’ for future generations. It is with this vision that mptv was born. With a current roster of over 60 photographers, Sid’s son, Ron Avery, currently manages a bustling and continually expanding Archive with a lineup of talent that includes such photographers as Bob Willoughby, Mark Shaw, Bruce McBroom, Sanford Roth and Bobby Holland, to name a few.

Picture professionals everywhere – from photo editors to art buyers and every creative in between – flock to mptv, not only for our expertise, but also for our unsurpassed quality, unique content and attentive service.

Other Media/News Companies in Van Nuys