The source for news, information and events in the South Bay Los Angeles Area! Advertise for as little as $60/month and get digital/social media - to more than 30,000 South Bay residents.

It’s publication day for #FindingMe! Thank you all for all the love and support you’ve shown me and this book. Little Viola is squealing with joy right now. I can’t wait for you all to read it. ❤❤❤ HC.com/FindingMe

This summer the Getty is joining communities across Los Angeles County to hold free art festivals! Mark your calendars because #Getty25 Celebrates Crenshaw on the weekend of August 13-14 from 11am-6pm at Baldwin Hills Crenshaw Plaza.

The theme of this year’s LA County Fair is “Back to Our Roots.” But as it begins its second century this week, it will be heading in a new direction.

The 2022 fair will open on Thursday, May 5 and run through May 30 at Fairplex in Pomona.

The fair will kick off with a Cinco de Mayo weekend and Mother’s Day brunch as it shifts from September to May.

The CA COVID-19 Rent Relief program will not affect eligibility for other benefit programs like CalFresh and CalWORKS.

To find a legal aid office near where you live, please visit www.LawHelpCA.org 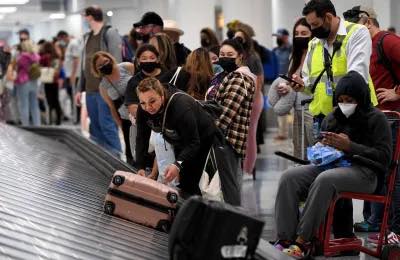 At the urging of the CDC, the U.S. Department of Justice on Wednesday appealed a ruling made earlier this week by a federal judge in Florida that struck down the U.S. government's rule requiring masks to be worn on public transportation, most notably aboard airplanes.

Tuesday LA Galaxy and the City of Torrance held a ribbon-cutting ceremony at the LA Galaxy Sports Complex to unveil the renovated fields in Torrance, Calif.

The ceremony was followed by a soccer clinic for Torrance youth, as well as a Block Party featuring games, food, music and an official viewing of the LA Galaxy’s 2022 MLS Regular Season road match against Chicago Fire FC.
Go Galaxy!!!

The LA Galaxy, also known as the Los Angeles Galaxy, are an American professional soccer club based in the Los Angeles metropolitan area. The Galaxy competes in Major League Soccer, as a member of the Western Conference. The club began play in 1996 as one of the league's 10 charter members. Learn more at https://www.lagalaxy.com/

Join in or donate - https://mssociety.donordrive.com/index.cfm?fuseaction=donorDrive.search&filter=participant&eventID=918&searchTerm=Stelly

Join in or donate - https://mssociety.donordrive.com/index.cfm?fuseaction=donorDrive.search&filter=participant&eventID=918&searchTerm=Stelly

Here's a look at the amphitheater planned for the L.A. Waterfront

An environmental report published by the Port of Los Angeles unveils renderings for a new amphitheater planned in conjunction with the West Harbor development on the L.A. Waterfront.

Hoppy Easter CD 9! Come join #TeamPrice and partners on Saturday, April 16 from 11 a.m.-1 p.m. for a special community event at South Park Recreation Center. There will be free food, giveaways, arts & crafts, entertainment, a photo booth, composting workshop, and an EASTER EGG HUNT. Let’s celebrate together, see you there!

South Bay woman who died after competing in LA Marathon was champion for students, diversity

Paddock, a former Miss Asian America in 1993 and Miss Samoa, never smoked or even had a drop of alcohol. And, according to her husband, Ryan Paddock, Trisha was the one in their family of five who always pushed everyone else to be healthy.

But, after finishing a 13.1-mile run last Sunday as part of the Los Angeles Marathon, Trisha Paddock suffered a heart attack, according to preliminary reports. She died nearly 10 hours later at Cedars-Sinai Medical Center.

Trisha Paddock, of Rancho Palos Verdes, led a healthy lifestyle, said her husband, and pushed others to do the same. She was 46.

Former Los Angeles Laker and current South Bay Laker Andre Ingram has plenty of reasons to smile. Although the small town turned overnight star played only a handful of games in the NBA, he continues to leave his mark on the G league.

Ingram played another season with the South Bay Lakers in 2021-22, continued to serve as an inspiration for young players and people across the world.

Now, Ingram has something he can add to his trophy care. The league recently announced that Ingram is the winner of the 2021-22 Kia NBA G League Sportsmanship Award.

Mayor Eric Garcetti will deliver his annual State of the City address Thursday, with aspects of his upcoming 2022-23 fiscal year budget proposal expected to be included.

Similar to how the speech has been conducted the last two years of the COVID-19 pandemic, the speech will be an understated, virtual event compared to the usual pomp and circumstance that surrounds the State of the City address.

The State of the City address is scheduled to start at 9:30 a.m.

Mayor Eric Garcetti will deliver his annual State of the City address Thursday, with aspects of his upcoming 2022-23 fiscal year budget proposal expected to be included.

Now on view in "For Race and Country: Buffalo Soldiers in California," which opens today (4.13) at CAAM.

The 14-year-old boy who reportedly suffers from PTSD and ADHD has been found after going missing Tuesday in Lynwood.

Topgolf to debut in El Segundo this week

Topgolf to debut in El Segundo this week

Thousands of people including truckers and firefighters from across the country gathered Sunday outside Los Angeles City Hall to protest vaccination mandates designed to slow the spread of COVID-19.

The crowd gathered at Grand Park to hear speakers and performers, while big-rig trucks from the “People's Convoy" were parked on nearby streets. Members of the convoy jammed traffic during a Washington, D.C., protest earlier this year.

The peaceful crowd gathered to hear speakers and singers and was similar to a rally held at the same spot last year and to others staged around the country.

California battled a deadly winter coronavirus surge linked to the omicron variant but began easing masking and vaccination requirements this year as caseloads and hospitalization rates fell, which public health officials largely attributed to widespread vaccination and other safety measures.

However, the rates began to rise again a couple of weeks ago, leading to concerns that the new, more infectious BA.2 variant was spreading.

Paul Schweit, 31, a New York firefighter and founder of the group Bravest for Choice, flew out with some teachers, transit operators and others to support local public workers, he said.

Schweit said he has been on unpaid leave for five months for failing to comply with New York’s vaccine requirement for public employees. He believes he had COVID-19 but recovered.

“The people that held out this long believe that this is not about a shot. It’s about the freedom to make the choice for yourself for your own bodily autonomy,” Schweit said. “We are 100% not anti-vaccine. We support the individual. We believe the threat to the individual is a threat to all freedoms of the people.”

Pablo Ruiz, junior at Hawthorne High School of Manufacturing & Engineering participated in the Aero-Flex Pre-Apprenticeship program and graduated in fall 202...

View details and qualifications at the link --> http://ow.ly/x97l30sgO2I

Happy birthday to someone who has changed the lives of hundreds of thousands of working people in this country through organizing and activism.

Dolores Huerta, you inspire me every day and your support in this effort means so much.

Today: Carlos Leon, Associate Director of Organizing, Community Coalition @CoCoSouthLA is my partner in politics and we are reading between the headlines.

FREE Spring Jubilee from April 6th to 16th at all 56 parks!

From LA's COVID Resources page, LA Represents, a pro bono program that will provide legal services without charge to people facing hardships due to COVID-19.

The following page, https://corona-virus.la/LARepresents, will provide more information including the issues that the lawyers will help you with: landlord, safety, employment, debt, and other legal questions.

The NAACP is representing a majority-Black town in Tennessee and helped it file a lawsuit on Friday alleging that the state comptroller exceeded his authority and racially discriminated against the town in its financial dealings.

Mason Mayor Emmit Gooden, the Board of Aldermen and the town are accusing Jason Mumpower, Tennessee's Comptroller of the Treasury, of violating the Equal Protection Clause and going beyond his authority under state and federal law as comptroller through his "unlawful efforts" to take over the town's finances.

The comptroller's office declined to comment on the lawsuit but has previously denied bias in the decision to oversee the town's finances.

office as the area is welcoming a $5.8 billion Ford Motor Company plant in 2025 called BlueOval City. A couple of weeks ago, Mumpower sent a letter to Mason residents calling on them to push for the town to relinquish its charter. After the town decided to keep its charter, the comptroller said it must fix the town's financial troubles or Tipton County will officially take over the city's finances.

The takeover is now ongoing as town officials are being "stripped of all financial autonomy and can spend no more than $100 without the prior approval" of the comptroller's office, according to the lawsuit.

Be the first to know and let us send you an email when South Bay CNews posts news and promotions. Your email address will not be used for any other purpose, and you can unsubscribe at any time. 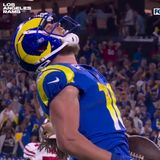 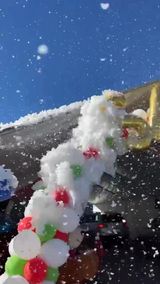 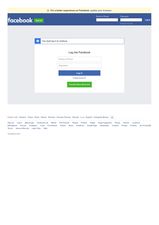 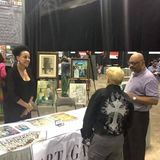 Your source for news, events & information from the cities that make up South Bay Los Angeles!

A Division of SPMG Media LLC

Other Media/News Companies in Walnut

HEY, HEY, SOUTH BAY! IT'S THE WEEKEND!!! https://www.southbaybyjackie.com/weekend-guide.php #southbay #events #weekending #thingstodo
South Bay by Jackie Pandemic Survival Guide January 28, 2021 https://www.southbaybyjackie.com/south-bay-by-jackie.../ #southbay #weekending #events #pandemicsurvivalguide
WHO'S READY TO WEEKEND?!? https://www.southbaybyjackie.com/weekend-guide.php #weekendguide #eventing #southbay #thingstodo #southbaybyjackie #weekending
WHO'S READY TO WEEKEND?!? https://www.southbaybyjackie.com/weekend-guide.php #weekendguide #eventing #southbay #thingstodo #southbaybyjackie #weekending
In a long overdue tribute to the first African American to break international tennis’ color barrier, a new statue of Althea Gibson was unveiled at the opening day of the U.S. Open. https://authorsandartistsmagazine.wordpress.com/2019/08/28/new-statue-at-u-s-open-honors-african-american-tennis-pioneer-althea-gibson/
Portions of a Missouri law banning abortions after eight weeks of pregnancy were blocked by a federal judge just a day before the legislation was to go into effect. U.S. District Judge Howard Sachs issued the order halting the law, whose provisions also call for physicians who perform an abortion after eight weeks to face possible prison time and have their license suspended or revoked. "While federal courts should generally be very cautious before delaying the effect of state laws, the sense of caution may be mitigated when the legislation seems designed, as here, as a protest against Supreme Court decisions," Sachs wrote in his opinion.
The LA Kings and the Toyota Sports Performance Center officially announced the addition of two new permanent partners to the El Segundo-based facility, bringing two premier sports medicine and athletic rehabilitation operations to the South Bay.
The brand new AC Hotel Los Angeles South Bay in El Segundo welcomes Dustin Taylor to its team as Executive Chef to spearhead its cutting-edge new F&B programming. In his role Taylor will be responsible for culinary direction, menu development and working closely with the dedicated kitchen staff on curating seasonally inspired recipes for the property.
A federal grand jury indictment unsealed Thursday in Los Angeles charges 80 defendants, most of whom are Nigerian nationals, with participating in a massive conspiracy to steal millions of dollars through a variety of cyber fraud schemes and process the funds through a Southern California-based money laundering network. The indictment was unsealed in Los Angeles federal court after authorities arrested 14 defendants across the United States, with 11 of those arrests taking place in the Los Angeles region, according to the U.S. Attorney’s Office — including the lead defendants, both Nigerian citizens who lived in the South Bay communities of Carson and Gardena.