Gravy Films is a brand new Los Angeles-based commercial production company that represents burgeoning directors and generates content for TV and the web.

“Where there is a woman, there is magic.”

Today we celebrate the magical women of this world, near and far. The women that strengthen, inspire, and elevate us.

We are thrilled to celebrate to you today and everyday!

Gravy is thrilled to announce the debut of our newest directorial team, Trent and Marlena!

Check out the linked Shoot article to meet this fabulous directing duo!

A winning holiday season means starting from SCRATCH with family and fun!

Find out what brings us together this year in MJ Sugrue’s latest spot from Arizona State Lottery!

We’re so excited to check out Season 2, premiering August 18th on Comedy Central!

All Don wants is a quiet life in the Scottish Highlands. Unfortunately the universe has other plans.

Check out the trailer for Big Red Buttons latest short film “Don Vs. Lightning”, which will be taking part in the Palm Springs International Film Festival this June as it starts its run on the festival circuit!

Who is Bobby Spencer? Head to our website to check out Laura Murphy’s collaboration with Observatory for a Busch/Netflix mockumentary promoting Netflix’s new series “The Crew”.

Excited to welcome Director Laura Murphy to the Gravy family! She brings with her a wealth of experience directing commercials for brands like Geico, McDonalds and Truth as well as series like HBO’s "Last Week Tonight with Jon Oliver” and "The Iliza Shlesinger Sketch Show" on Netflix. Welcome, Laura!

I don’t know about you but I could sure use a friend like this! Check out the spot @camerondh did for Lexus Plus 🚗
@teamoneusa

Brent is very excited to be judging this years AICP Awards. 🤘🏻
#aicpawards
@theaicp

Really though.. What would you do? Check out the teaser trailer for the upcoming short film “Samaritan” from Gravy’s very own @jasperson!

Trent brings a different kind of energy to this new spot for Georgia Power. Follow the link to check it out!

Greenhorns missed the playoffs again? At least you can count on Maaco. New work from Crobin Leo is linked below.

Kill em all!...Weeds that is. New work from Crobin Leo is linked below.

Director's cut of Pet Armor is now live! Follow the link for the latest from Trent Jaklitsch and Harper the dog!

Everything is fine! A ginormous grizzly bear faces off with an RV in Cameron Harris’s director’s cut for InnovAsian. 🚍🐻 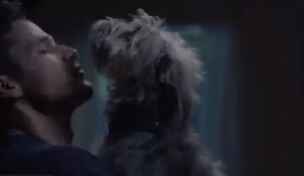 A roundup of industry news from around the web. 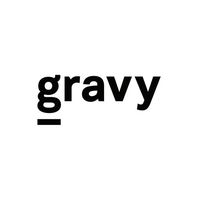 Gravy is thrilled to announce Andrew Madsen Jasperson has officially joined our directing team! We are stoked for what’s to come.
http://www.gravy-films.com/andrew-madsen-jasperson/

Once Upon A Deadpool

This is how you remind me of what I really am... Happy holidays from Deadpool, Fred Savage & Nickelback! Here's the latest from Cameron Harris.

A new Reese's spot from Director Crobin Leo up just in time for Halloween. Check it out below!

A classic combo: cereal and space. Check out Cameron Harris's latest for Honey Bunches of Oats below!

Alexios is the answer to all our problems in this new spot from Cameron Harris.

Two brand new spots for Truth from director Crobin Leo are now live on our site. Check them both out in the link below if you missed them during the VMA's!

New Wendy's spot from Crobin Leo up on our site! The perfect way to roll into the long weekend. gravy-films.com/our-work Introducing The Swapsons & The Filtertons! Face swaps and filters take over in these new spots for Xfinity directed by Cameron Harris. Head over to http://www.gravy-films.com/our-work/ to check them out.

Adweek's Ad of the Day goes to Cameron Harris for his Deadpool 2 spot. Check it below!

New work from director Trent Jaklitsch is up. This personal project of his for Subaru is close to all of our hearts.

Look who Cameron Harris ran into while shooting with Droga5 for Tourism Australia...

Be the first to know and let us send you an email when Gravy Films posts news and promotions. Your email address will not be used for any other purpose, and you can unsubscribe at any time.

Send a message to Gravy Films:

Once Upon A Deadpool

The Tao of the Black Plastic Comb

Score BIG with ✨ New Work✨ from LAURA MURPHY at Gravy Films for Credit Karma 💰
✨ New Work✨ CAMERON HARRIS at Gravy Films for Jack in the Box with David&Goliath.
✨ New Work✨ TRENT JAKLITSCH at Gravy Films for Travelers Insurance with TBWA/Chiat/Day NY.
Why not shake up your routine with some ✨flavor✨ Not sure about you, but this spot for Hidden Valley Ranch seasoning shakers have us dreaming up ways to remix our Friday night. Shout out to the good folks at dentsu mcgarrybowen for looping us in on the party! Check out the other two spots in the campaign here: https://www.youtube.com/watch?v=CU-NpuYvSq4 https://www.youtube.com/watch?v=VvxfHDmQIHQ Production Company: Gravy Films Director: Crobin Leo Editor: Billy Montross, Cutters Mix: Peter Erazmus, Another Country Color: Brian Higgins, Flavor Finish: Patrick Wong, Flavor #cuttersstudios https://www.youtube.com/watch?v=c83eH8X1-Hw
Kicking off breakfast with Quaker Oats is a good call — just ask NFL superstars Drew Brees, Jerry Rice, & Jerome Bettis! The newest for Quaker comes from editor Carlos Lowenstein & director Cameron Harris, with Gravy Films and Mekanism. 👀 Adweek #CreativeEditorial #PostProduction #Editing
Get your 90s nostalgia on with CAMERON HARRIS Gravy Films for Goldfish with We Are Saatchi
TRENT JAKLITSCH at Gravy Films highlights Dollar General Literacy Foundation with BCW Global 📖
Talk to yourself about birth control. LAURA MURPHY at Gravy Films shows us how with the help of Whitney Cummings for Annovera with McCann New York.
Don vs Lightning ⚡️ BIG RED BUTTON at Gravy Films directs a true story short film of a Scottish mans’ farfetched curse of repeated lightning strikes 😖 Taking part in the Palm Springs International Film Festival this June as it starts its run on the festival circuit.
What the fanta?! BIG RED BUTTON at Gravy Films investigates the most mysterious flavor for Fanta with 72andSunny 🕵️
Ever had a video meet go this bad? 🤦‍♀️ CAMERON HARRIS at Gravy Films presents a BRB solution with Charmin and We Are Saatchi 🧻
Have you ever thought what it would be like to drive an 18-wheeler in a NASCAR race? We helped bring that visual to life. A big thank you to Observatory for bringing us in to handle the VFX and Editorial. Credits: Agency: Observatory Marketing Director: Laura Murphy, Gravy Films Creative Director: Joseph Saroufim Head of Production: Carly Allen Senior Producer: Lula Fotis Post Production: WTBR Executive Producer: Jeff Blodgettt Post Producer: Mike Schultz VFX: Simon Mowbray, Patrick Ferguson Editor: Peter Saroufim #goodthings #VFX #netflix #busch #videoproduct