Studio Bliss is a unique working environment for entertainment industry professionals. A private bungalow, just steps above the Sunset Strip.

When you love what you do - then working is a pleasure

⚡️ The most Rock and Roll photo you're gonna see today.

📸 Angus Young and Keith Richards at the backstage of a Rolling Stones concert in 2017. 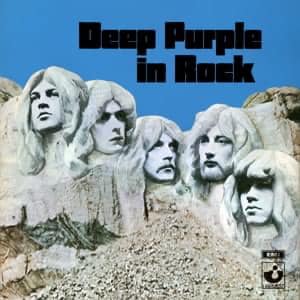 During 2011/12, Jon Lord finally had the opportunity to record his much loved 'Concerto for Group and Orchestra' which took place over several sessions with the Royal Liverpool Philharmonic Orchestra both in Liverpool and at Abbey Road studios in London. This behind the scenes documentary piece gives us an up close and personal view of the man himself, and his brilliant musical legacy.

A tribute video by Carmine & Vinny Appice, featuring Mayuko & Tsuzumi Okai of TABITHA. Performance recorded In honor of the great DIO! Whom we lost 12 years ago.

My friend Guitar Shorty has died. He was an amazing blues guitar player and singer. Jimi Hendrix told Shorty this: ‘Shorty, you’re the greatest guitar player I’ve ever seen. I used to go AWOL from the Army just to hear you play.’" Guitar Shorty sat in with my band at The Joint and also did several shows with me at Kulak's Woodshed. He walked off the stage out onto the street, still playing his guitar. Someone said "It was like watching Jimmy Hendrix play in your living room". We will be posting these shows soon and we will let you know on this page. Goodbye to my friend Guitar Shorty. -Jack

I had the pleasure of meeting Ms. Bonnie in the 90’s. What a sweet sweet lady!

Bonnie Raitt: “I can’t pick a favourite,” “It would be like picking your favourite kid. John Lee and Muddy, those two were as happy a version of a bluesman as you’ll ever meet. Muddy was just fantastic and dignified, very smart, a great sense of humour, really good to his band. Beloved for a reason, y’know? You can just see from the footage of him on stage what a great guy he was. I remember a lot of laughing. He drank champagne and he loved being on the road. We toured for many years, until he passed away.

“John Lee was so intimidating on stage but such a sweetheart off stage. They were both so delighted to be revered by a younger generation. Y’know, we had Motown, Stax, Atlantic and all the great soul music coming out of America, but in terms of really appreciating Chicago blues, Detroit blues, Texas blues, it was Eric Clapton, the Stones, people like that. Once people got that blues bug, it was just a fantastic opportunity to give somebody like Muddy and John Lee all the recognition they had been long deserving.

I had the honor & pleasure to record 3 songs with this blues man in the 80’s. He would lay down his phenomenal guitar tracks & just when you thought we we done, he would pull out his fiddle!

Remembering Clarence "Gatemouth" Brown born #onthisday !
Given the "Gatemouth" nickname by a high school instructor who accused Brown of having a "voice like a gate," Brown used it throughout his well-known career. In 1947, Brown's impromptu fill-in for an ailing T-Bone Walker at Houston entrepreneur Don Robey's Bronze Peacock nightclub convinced Robey to assume control of Brown's career. After two singles for Aladdin stiffed, Robey created his Peacock label in 1949.

Brown's style proved influential to a legion of Houston musicians; Albert Collins, Johnny Copeland, Johnny "Guitar" Watson, Cal Green, and many more. Gate stayed with Peacock through 1960. The R&B charts didn't reflect Brown's importance (he hit only once nationwide with 1949's two-sided smash "Mary Is Fine"/"My Time Is Expensive"). But his instrumentals ("Boogie Uproar," "Gate Walks to Board," 1954's "Okie Dokie Stomp"), "She Walked Right In," "Rock My Blues Away", and "Dirty Work at the Crossroads" are a major part of the Texas postwar blues legacy.

The '60s weren't all that kind to Brown. But the decade was chiefly memorable for his 1966 work as house band leader for The Beat, a groundbreaking syndicated R&B television program out of Dallas. When Brown began to rebuild his career in the '70s, he was determined to do things his way. Country, jazz, even calypso now played a prominent role in his concerts; he became as likely to launch into an old-time fiddle hoedown as a swinging guitar blues.

He was featured on the TV show Hee Haw with pal Roy Clark after they cut a 1979 duet album for MCA, Makin' Music. During his career, Brown recorded 30 records. He won a Grammy Award for Traditional Blues in 1983 for his album, Alright Again.

recorded live at The Shamrock

live at The Shamrock,

Remembering the blues legend Muddy Waters (April 4, 1913 – April 30, 1983)
"Muddy Waters was a man, a full-grown man, a hoochie-coochie man, but the blues he sang and played were as basic and real as the sound he made when he hummed and beat on the ground with his stick as a child. His original band, the first truly electric band, had deep Delta roots and two brilliant musicians in harp player Little Walter Jacobs and guitarist Jimmy Rogers. But they never played blues quite as elemental or as deep as the blues Muddy Waters made alone, with just his voice and the keening metal sound of his slide guitar.
MUDDY WATERS WAS A POWER IN THE world of rock, as the list of his disciples and devotees attests, but he was much more than that. He was a great American singer. Muddy’s timing, his phrasing, his razorsharp intonation and command of the subtlest shadings of pitch, and his vocabulary of vocal effects – –from the purest falsetto to the grittiest roar –– put him in a class by himself." - Rolling Stone

Herb Alpert has 87 candles on his birthday cake today. He is best known for his music from Herb Alpert & the Tijuana Brass.

Alpert's musical accomplishments include five No. 1 albums and 28 albums total on the Billboard Album chart, nine Grammy Awards, fourteen platinum albums, and fifteen gold albums. As of 1996, he had sold 72 million albums worldwide. Alpert is the only recording artist to hit No. 1 on the U.S. Billboard Hot 100 pop chart as both a vocalist ("This Guy's in Love with You", 1968) and an instrumentalist ("Rise", 1979). In 1966, Herb Alpert sold over 13 million records. That was more than The Beatles sold that year.

He is also a recording industry executive, the "A" of A&M Records, a record company he and business partner, Jerry Moss, founded in the early 60's. Remember what we said before, he sold over 72 million albums worldwide, and he owned the record company….

Is there a certain song that Herb played that brings back some good memories to you?

Find tickets for Reverend Horton Heat showing at the The Venice West - Venice, US Wednesday Apr 6, 5:00PM Tickets starting at $28.00

The Music of David Bowie In Immersive 360

The Music of David Bowie In Immersive 360

Only at Wisdome LA

That great lounge in the sky welcomes the great Marty Roberts

Some once said “every cigarette you smoke God takes 1 day from your life, and gives it to Keith Richards”

Thinking of Bobby Keys… on our birthday, Dec.18th! Miss him!

I know this is old, but GEEEEEEZ
THIS KIDNIS GOOD! What band is he in now?

Ozzy performs with the japanese guitar prodigy from the Ellen show at Ozzfest 2010 in Hartford, CT. as featured on Yahoo!

Happy Birthday to the one & only
The Killer!

One of the founding fathers of Rock and Roll, Jerry Lee Lewis, is celebrating his 86th birthday today.

It is a well know fact that Jerry likes to party. At his 41st birthday party, in 1976, while drunk, he tried to shoot a soda bottle with his .357 Magnum. He missed but did manage to hit his bass player, Norman Owens, twice in the chest. Owens made a full recovery.

We are thinking todays celebration will be just a little less….

Happy Birthday Mr. Lewis!!! Thank you for the music!

Remembering John Bonham: Performing With Led Zeppelin In Munich In 1980

Remembering John Bonham: Performing With Led Zeppelin In Munich In 1980

To remember John Bonham, watch the late great drummer deliver a stellar performance with Led Zeppelin from Germany just months before his death.

The DEVO you want

Happy Birthday to our friend, the great Robert Plant!

Toyah Vs Robert Fripp - The Showdown

Toyah Vs Robert Fripp - The Showdown

There goes the neighborhood

Be the first to know and let us send you an email when Studio Bliss posts news and promotions. Your email address will not be used for any other purpose, and you can unsubscribe at any time.

Send a message to Studio Bliss: 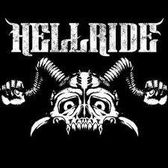 HELLRIDE live at the Mint

STUDIO BLISS EXCLUSIVE! A sneak peak of HELLRIDE live at The Mint.

Jane's Addiction (minus Perry) jam before their set at SSMF2014

I don't know how many other bands do this, but every time I've seen them, Perkins, Chaney & Navaro always have a warm up tent setup where they jam for a few minutes before they go on stage. Sometimes Perry joins them on a few tunes & they all look so happy jamming on their favorite covers. This time they tore through some choice Floyd songs instrumentally, where Dave masterfully played note-for-note signature Gilmour solos. Here's a few bars of Billy Idol's "White Wedding"

We have the key

Check out the moves! These guys play & sing live!

Shot & cut by yours truly. I love these guys!

This is the 2nd shoot with photographer Dean Karr. I shot some Broll on my trusty old GL1 & Desi shot most of it on her Canon 7D. I love the look this camera gets.

Although the clients did not like this version, I think it's kinda cool. They're talking about the photo shoot with Rob & Norwood in the desert near Palm Springs

This segment appeared on ET when I was working there as an editor. Celebrity facelifts were a hot topic! It was the first piece I did for the top rated tabloid show as a segment producer. The full-length documentary, which I edited & co-produced, was directed by Brian Bowie It deals with the psychological affects on the whole family of a wife & mother getting a face lift. We actually set up an edit bay at the Beverly Hills office of Dr. Brian H. Novack, the renowned plastic surgeon at the heart of this film.

Studio Bliss is a proud supporter of this wonderful festival. We have been making promos for them since 2008 & Igor was honored to have served as a judge.

This is the first promo I cut for SB. It's just some stills of the place & original music.

Other Music production in West Hollywood

A year ago I had a gig at HOTEL COFE. I didn't know then that it was to become the very last live show I attended. Even now, everything is still closed due to Covid 19, but at least I can share this memory with you now. Enjoy