THE Iowa Hawkeye Fan Page This is a page dedicated to Hawkeye fans around the world. Thank you for following.

God Bless and Go Hawks! *Not affiliated with The University of Iowa

Mr. Hockenson gets in on the Pro Bowl scoring.

All Iowa on the road!

We're giving a pair of tickets away to both Creed Fisher shows in Iowa! Comment on this post with the person you want to take with you for your chance to win!
Wooly's
Wildwood BBQ & Saloon

Luka Garza had 17 points in 10 minutes for the Minnesota Timberwolves last night. 😲

Kris Murray hits the 3 at the buzzer to pull the Hawks within 1 at the half!

"Iowa lost one of the biggest Hawkeye fans. Please keep Brent’s family in your prayers."

How long before the athletic department moves seating around at Carver Hawkeye Arena to create a home court advantage?

Riley Moss and Kaevon Merriweather will play in the Senior Bowl today at 1:30pm CT on NFL Network.

#6 Max Murin with the decision over #15 Michael Blockhus!

#2 Real Woods with the decision over #15 Jake Bergeland!

#17 Brody Teske wins the decision over Jake Gliva with a late takedown!

#1 Spencer Lee with the decision over #6 Patrick Mckee! His 50th consecutive win!

The American Cancer Society Russell and Ann Gerdin Hope Lodge is a free home away from home for cancer patients and their caregivers who are traveling to Iowa City for treatment. On Saturday, February 4th, a supply drive for Hope Lodge will take place at the Iowa/Illinois men’s basketball game. Hope Lodge is accepting donations in the form of non-perishable food items, gas and grocery gift cards, and 13- & 30-gallon garbage bags. Fans can drop off supplies as they enter the game at Carver Hawkeye Arena between Noon-1:30pm. For more information on Hope Lodge, please visit www.cancer.org/hopelodge.

How funny would it be if our students wore orange during tomorrow's game?! 🤣

For tomorrow's game against the Orange Krush. 🙃

Illinois' Orange Krush student section lied for discount tickets, got caught by Iowa and lashed out. An important story for the lessons it can teach.

Big win for the Hawks!!!

I think little man on the right heard the news about Brian returning as OC. 😉

So sorry, Orange Krush! NOT!

"Wearing Iowa gear for Garza at the Wolves vs Golden State game!"

Iowa announced today that there will be no staff changes on the football team.

Brian Ferentz will remain as the OC.

Hawks pull away in the 2nd half and take down Northwestern on Chris Street Night!

Tight one in Iowa City!

Sandfort hits the 3 at the buzzer, and we're knotted at 39 at the half!

2024 OL Josh Janowski has made his commitment to Iowa!!

Climbing the rankings! Back to #6!

The Hawkeyes have added TE Grant Leeper to their 2023 class!

Be the first to know and let us send you an email when Hawkeye Heaven posts news and promotions. Your email address will not be used for any other purpose, and you can unsubscribe at any time.

Send a message to Hawkeye Heaven:

Iowa managers dominate the Wisconsin managers for the Rusty Toolbox! I don't know who #11 is but he needs to be in uniform tomorrow. 😳 📷 @S1lkProds 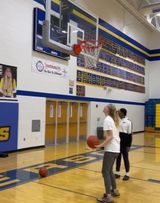 Ava Jones back on the court 4 months after a tragic accident that doctors said she would never play basketball again. 📷 @CN3Training 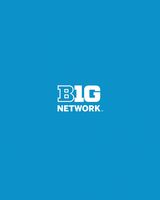 Iowa players and coaches are proud of what Charlie Jones has been able to accomplish at Purdue. Pretty cool to see. 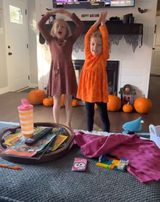 "I was visiting my daughter and her family in Michigan last weekend and my granddaughters love their Hawkeyes! Helps that my daughter is an Iowa alum. Just wanted to share! 🖤💛" #HHShoutOut

TJ Hockenson to the Vikings

TJ Hockenson to the Vikings! 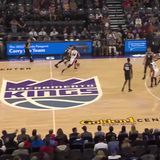 Keegan Murray recorded his first 20 point game in the Kings first victory of the season.

Until the game is won!

Kirk Ferentz wears his heart on his sleeve. You can hear the emotion in his voice on how much these kids to mean to him.

Think he's available to play QB? I really like what I see from his scrambling ability.

Former Hawkeye, Jake Gervase, with the first down on the fake punt! 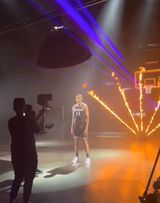 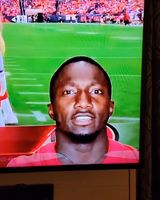 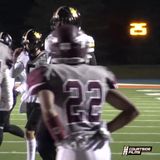 Kaydn Proctor is the #1 High School OL in the country and you're about to see why. #Hawkeye 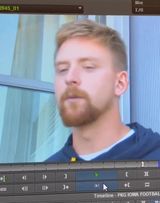 Spencer Petras reaction to what everyone is saying about him on social media. 😬 📷 @BlakeHornTV

I think Riley Reiff had the best slide at the end. 🤣

Spreading good news to our armed forces abroad & Iowa fans everywhere. Not affiliated with the University of Iowa

A new sign for our Hawkeye cave! Go Hawks!!
Hey Hawkeye Heaven I know you guys have a following and influence. My dad and I were thinking how cool it would be to start a fundraiser for the Boys and Girls club of Champagne Illinois as a gesture in good faith to make up for the lack of character from the Orange Krush. We’re a wonderful state with extremely nice people that are grateful for everything we have and do. And I think that it would be wonderful to show the people of Illinois the true meaning of “Iowa Nice” with a fundraising event to help those that need it most.
Looking for tix for IA/IL game on Sat. Please PM me if anyone has extra’s. ty!
Ok, so- my 14 year old daughter has asked me to take her to a concert (tickets are $150 a piece) and it's more than I can afford right now. I'm making the difficult decision to sell my picture signed by both Kris and Keegan Murray...and my basketball signed by Kris, Keegan, and Kenyon Murray. Kills me to let them go, but would rather take my girl to a concert! Let me know if anyone is interested!
I think you’ve been hacked again getting multiple notifications attached to this page, sorry dude
Hawkeye fans representing in Riveria Maya, Mexico!
Hawks not looking good in 1st qtr
Is it just me..... I just wish Gus wasn't announcing this game. Heavens to Betsy
Repping the Hawkeyes at JW Marriott in Tucson, Arizona. 🖤💛🏀 Iowa women with the "W" over #2 Ohio State! 👊
Is there anyone in the country better at passing than Clark? I think not!
Too funny not to post!!!!!!! Got to love George Kittle and what a partner with Brock Purdy
How about that catch by Kittle?!
How many man caves still display memorabilia for Chris Street? MIne had been moved around but never taken down. 40 Forever!
These 2 are going to make some noise in Iowa City!!!
Tight end U is being well represented in the NFL Playoffs with George Noha and Tj!!!!!!
Just a couple Iowa boys Cyclone to Hawkeye!!
x

Other Clive media companies (show all)