Seal your next project with a sonic kiss from lips. Founded in April 2016 by Tony Corona a CU Denver Audio Engineering graduate, Pro Tools Operator, and professional drummer.

Tony never got into the audio engineering industry after school because his main focus was perfecting his craft as a drummer. He always dabbled in recording and has stayed abreast on the latest industry changes. After years of drumming and playing professionally in bands, touring, and recording. Tony is now ready to turn over all that knowledge, dedication and desire to mastery of the recording ar

Tony never got into the audio engineering industry after school because his main focus was perfecting his craft as a drummer. He always dabbled in recording and has stayed abreast on the latest industry changes. After years of drumming and playing professionally in bands, touring, and recording. Tony is now ready to turn over all that knowledge, dedication and desire to mastery of the recording ar

FEE FREE TIX!!!! $12
Venmo @TheMssng
Include your name and how many tix.
You will be on a list at the door EASY PEASY!

It’s with great pleasure we announce the new track from The Mssng mastered by Brad Smalling at Evergroove Studio and produced by Lofty Ideals Productions.

Super excited to have our artist The Mssng mentioned by 303 Magazine as new Colorado music to know for February.

A monthly roundup local music from hip-hop from local artists like Old Man Saxon as well as music from artists in a variety of other genres.

FINALLY!!! The The Mssng's first single is out! Save it to your favorite streaming platform just follow the link for all your options themssng.hearnow.com

We are super excited for these guys. We had a great time recording them and will be releasing more from them in the near future. Extra thanks to Brad Smalling Evergroove Studio for the superb mastering job done at his epic, recently dolby atoms certified, mountain recording retreat in Evergreen Colorado.

We know we’ve been rather dormant during the Pandemic. Here is a little something we were able to record and this as our first ever release as a label too! Save it to your favorite streaming service via this link. If you enjoy what you hear, share with you your friends. “The Vacant City” FB page is coming soon.
https://thevacantcity.hearnow.com

Put a little polish on this track in quarantine with Universal Audio and Luna. Saint Somebody is putting out some music for your soul and some cool quarantine vids.

Paul Christus and Tony Corona reunite for a quarantined released recording for the first time since they left Denver band All Capitals. It was recorded minimally: three mics on drums (Tony's tiny practice kit with an 18" kick), all emulated guitar and bass sounds, and vocals. Mixed/Recorded in Pro Tools and Mastered in the new Universal Audio Luna software.

Tony Corona and Paul Christus reunite for their first recording together since the said goodbye back in 2012 to the local Denver band all capitals.

Well! LIPs showcase #1 is in the books. Heres to 2019 and all the talent we worked with and made the showcase a success Shake Me, Wake Me Artificial Perfect Moment Michael Dustin Youree Raffaele Stuparitz Jim Beasley.

TONIGHT! Join us for the Lofty Ideals Productions Showcase, featuring performances by Shake Me, Wake Me, Artificial Perfect Moment, Jim Beasley, Michael Dustin Youree, and Elk Magic. Doors open at 7 pm. Find tickets at the door or online at >> https://ticketf.ly/2GLLCsb 💋

Excited for the FIRST LIPS Showcase! Join us on April 11 at Lost Lake for a party!!!

Just finished this up. Fort Collins Shake Me, Wake Me's first release. Tracked, Mixed and Mastered at Lofty Ideals Productions. Here is the first track https://soundcloud.com/loftyidealsproductions/ive-got-a-gun. Come check them out this Saturday at Tennyson's Tap
Shake Me, Wake Me; Bears with Eagle Arms, APM

Coming to a cassette store near you late Summer early Fall 2018
Mixed Mastered at Lofty Ideals Productions
This will be the first release from Denver based Elk Magic featuring Raffaele Stuparitz.
https://soundcloud.com/loftyidealsproductions/black-magic-promo

Coming soon... Shake Me, Wake Me a little indie outfit out of Fort Collins.

It's finally here! The official LIPs website is LIVE. A huge thanks to the team at One Ton Creative Design Group for creating this great site and again to Paul Christus for the LOGO. Check it out!
www.loftyidealsproductions.com

Artists in the Studio

A tasty little DJ set from Denver's own James Patrick Beasley mastered here at LIPs. You can catch him around town with the Nocturnal crew.

LIPs - Morgan Mallory (Folk-Singer Songwriter) Of this I'm Sure - (Mixing)

it's been a while since we've posted a mix. Here is the latest. A little singer/songwriter gem with a real lofi intimate feel. Enjoy. Some great new tracks coming soon. Keep an eye out!
https://soundcloud.com/loftyidealsproductions/lips-morgan-mallory-folk-singer-songwriter-of-this-im-sure-mixing-1

Selling my coveted and well cared for Focal Solo6 BE studio monitors. Hit me up if interested.

Be sure to check these guys out at the Larimer Lounge on this Sat. Jan. 13th.

Well, we’ve officially had our doors open for a year now. There have been a lot of mixes this past year and some recording too. I am proud to share with you the first project to be recorded, mixed, and mastered at LIPs. The Trujillo Company https://drive.google.com/open?id=1MUnXKzNAlHizRBpiuFDnRYsILm2O6vKK. Be sure to catch them at the Larimer Lounge on January 13th with The Patient Zeros

Recorded these guys a few weeks ago. Things are coming together nicely. Tracked six songs in 10 hours. These guys are as professional as they come. This EP will definitely put them on the map. Check out the promo they put together! Look for a release late Fall, early 2018.

Latest Mix from LIPS, a folk rock ditty from a band called @the gallery.
https://soundcloud.com/loftyidealsproductions/lips-the-gallery-folkcountry-dream-girl-mixing

A Pop mix recorded by Warren Huart and Mixed at LIPS.

Be the first to know and let us send you an email when Lofty Ideals Productions posts news and promotions. Your email address will not be used for any other purpose, and you can unsubscribe at any time. 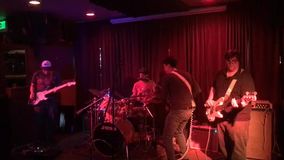 Lofty Ideals Productions (LIPs) was founded in April 2016 by Tony Corona, a CU Denver Audio Engineering graduate, Certified Pro Tools Operator and professional drummer. Tony originally delayed his career in audio engineering to pursue his main focus of perfecting his craft as a drummer. Even while focusing on performing, Tony continued to work on small recording projects as well as continue his education within the recording arts. After years of dividing time between drumming and playing professionally in bands, touring, and recording, Tony is now ready to apply his knowledge, skills, and passion for audio engineering to other artists and acts’ projects.

Denver has several quality recording studios. However, Tony feels it is lacking in budget oriented options. Whether you are looking to do a demo, EP, pre-production, need some songs mixed or mastered, LIPs has you covered. Located in the heart of Denver, at the intersections of Five Points, Curtis Park, Downtown, and RiNo, LIPs’ loft space boasts a large 1000 sq. foot tracking room and tons of great gear. Lofty Ideals Production is committed to producing quality product on a musician’s budget.

Other Music production in Denver

Congrats to The Mssng for being recongized by 303 Magazine as "New Colorado Music You Should Know!" Check out the new single, "Wandering I" which was expertly recorded and mixed by Tony Corona of Lofty Ideals Productions and then mastered right here by our very own Brad Smalling . Check it out today! https://themssng.hearnow.com/ Every mix needs great mastering. Hit us up today and let's work together! Focal Professional PluginAlliance @warmaudio Bettermaker #mastering #focal #studio #recording #mixing #gear #analog #digital #denverrocks #denvermusic #producer #freelance #audioproduction #audioengineer #groove #coloradical #music #livemusic #evergroove #themssng