Hollywood in Toto covers entertainment from a conservative perspective, offering smart movie reviews and commentary not found on other news sites.

HollywoodInToto.com covers entertainment from a right-of-center perspective. Sick of the liberal media bias infecting Hollywood headlines? Tired of stars insulting your views? HiT has your back!. Follow us on Twitter @HollywoodInToto

Reporters, Critics Ignore 'What Is a Woman?' - Hollywood in Toto

I'm not surprised. Are you?

What Is a Woman? is causing quite a stir online, but reporters and film critics alike are ignoring it. Here's why that's a problem.

Here's the story behind the story

Val Kilmer recently returned to the big screen in Top Gun: Maverick, but is unable to speak due to throat cancer complications. The solution? An AI system that can perfectly recreate Kilmer's voice.

‘No Time To Die’ Director Cary Fukunaga Accused Of Inappropriate Behavior By Multiple Women; ‘He Needs To Be Stopped’

— News and Analysis —‘No Time To Die’ Director Cary Fukunaga Accused Of Inappropriate Behavior By Multiple Women; ‘He Needs To Be Stopped’By Amanda Harding•Jun 1, 2022 DailyWire.com•FacebookTwitterMailTaylor Hill/FilmMagic via Getty Images Multiple women have publicly accused “No ...

Never should have happened in the first place...

Censorship is alive and well... and typically flows in one direction.

The hypocrisy is off the charts. Again.

LGBTQ+ organizations have been silent after the revelation that Disney's "Pride Collection" fashion line was manufactured in China, a country whose government regards homosexuality as a mental disorder and harvests much of its cotton supply using slave labor.

Is 'Jurassic World Dominion' the Next Woke Blockbuster? - Hollywood in Toto

Franchises fail for any number of reasons, from creative burnout to stories well past their expiration date. They can collapse under different circumstances today, something studios rarely see until it’s too late. Woke. Consider “Terminator: Dark Fate,” “Charlie’s Angels,” “Men in Blac...

‎Right On Hollywood with Christian Toto: Comedy Rebels Matter, Now More Than Ever on Apple Podcasts

Some BIG news on this week's show, and my wife joins the fun (oh, so briefly!)

‎Show Right On Hollywood with Christian Toto, Ep Comedy Rebels Matter, Now More Than Ever - May 25, 2022

Is this why Netflix took that public stand against Cancel Culture? The streamer knew it had a Ricky Gervais comedy special in the works, and that material might make the imbroglio over Dave Chappelle’s trans content look mild in comparison. Gervais’s “SuperNature,” out May 24, dives directly...

Imagine the box office tally if it was actually good??

The Marvel and Disney film is now the No. 2-grossing title of the pandemic era behind 'Spider-Man: No Way Home.'

George Carlin Belongs To All Of Us -- Including Conservatives

My first piece for Outkick!

The war over George Carlin's legacy says plenty about the current Culture Wars...

George Carlin died in 2008, but he’s very much alive in popular culture. In fact, the battle over his comedic legacy may have just begun. Not only are

This is one very deep dive, but Carlin's legacy is worth it.

The Daily Wire is going all-in on documentaries ... this one is sure to start a cultural conversation.

Good for Deadline ... but the far-Left news site is part of the cultural problem...

Long a bastion of artistic freedom, the Cannes Film Festival has a secret: it censors interviews with festival head Thierry Frémaux. The festival has not only been demanding copy approval as a cond…

I don't mind updating older stories. In this case, though, the callousness really bothered me.

Midler. Colbert. Kimmel. These superstars are part of Hollywood's Let Them Eat Cake contingent. And they have plenty of company.

I think we'll be seeing much more of this soon...

There is no more quintessential American story universe than Star Trek.

Artists in favor of censorship ... you hate to see it

Author Stephen King gave his support to new disinformation czar Nina Jankowicz, and boy did his Twitter flock let him have it.

Dave Chappelle is "upset" that the armed assailant who stormed onto the stage to physically attack him during his performance in Los Angeles on Tuesday isn't being charged with a felony, the comedian's lawyer said.

Get ready to smile, big time.

This helps, but not throwing the book at the Chappelle attacker does more harm than good.

The comedian was unexpectedly tackled to the ground by an audience member during his comedy set at the Hollywood Bowl on Tuesday.

Dave Chappelle Attacked on Stage - What Happens Next? - Hollywood in Toto

The fallout has only begun...

The Left and journalists alike have pounded Dave Chappelle for telling the wrong kind of jokes. The furor didn’t start with “The Closer,” the comedian’s most recent Netflix special, but it picked up sizable momentum following its Oct. 5, 2021 release. Long story short: Chappelle yukked about...

What a pleasant surprise! And here's why it's not just an engaging treat ... it's downright subversive.

The Outlaws offers up a stereotypical conservative along with a BLM character from Central Casting. Here's the show's biggest surprise.

The next chapter in the billion-dollar franchise will be directed by Francis Lawrence, who previously helmed the series films 'Catching Fire,' 'Mockingjay Part One' and 'Mockingjay Part Two.'

He's right, of course, but it still took guts to say it aloud. #disney #ginacarano #mandalorian

Bill Burr once called Gina Carano an “absolute sweetheart” after Disney fired her from “The Mandalorian.” The 53-year-old comic isn’t done defending Carano. Burr, whose 2019 Netflix special “Paper Tiger” shredded the woke community, opened up on the subject in a new interview with the ...

Still can't believe I snagged the great Andrew Klavan to write the foreword to VIRTUE BOMBS!

Christian Toto, author of Virtue Bombs: How Hollywood Got Woke and Lost Its Soul, joins us to discuss Hollywood's rapid descent into radical woke politics, and how conservative-minded creators can rec

Wrote this with a bit of anger ... justified??

Imagine gathering the biggest names in comedy and leaving out an existential threat to creative freedom. The minds behind the Mark Twain Prize organized just such an effort Sunday to fete Jon Stewart for its latest honors. Stewart, the driving force behind “The Daily Show” during the Obama years...

Super lucky to land one of YouTube's rising stars for this week's podcast -- Brett Cooper of The Comments Section!

Gonna need a fact check on this satire ... hitting WAY too close to home!

U.S. - A grim new study has found that all two million Americans who took a plane trip yesterday are now dead of COVID. The millions of citizens innocently flying on airplanes, completely safe from the virus because they were wearing masks in a tiny cylinder hurtling through the air with 200 other p...

It's not like "Saturday Night Live" is shot in NYC...

Comedians can’t be everywhere at once. If something happens in their own backyard, though, those excuses fade away. Ryan Long may be Canadian by birth, but the comedian has lived in New York long enough to state the obvious. It’s more like “Escape from New York” these days. Crime is soaring....

Criminal Says New York is To Dangerous for Him

Ryan Long does it again (Or, another sketch #SNL wouldn't dare attempt)

This is the best hope for free speech in quite some time, and the reaction to the news is ... telling.

Why Gilbert Gottfried Is Irreplaceable - Hollywood in Toto

Some celebrity deaths hit harder than others. Losing Gottfried just floored me. And here's why:

Even Gilbert Gottfried’s biggest fans admitted one thing about the comic legend. He was a world-class cheapskate. Stories abound of Gottfried squirreling away free products gleaned from hotels he visited during his decades-long career. We even saw a glimpse of that in “Gilbert,” the 2017 docum...

Be the first to know and let us send you an email when Hollywood in Toto posts news and promotions. Your email address will not be used for any other purpose, and you can unsubscribe at any time.

Send a message to Hollywood in Toto: 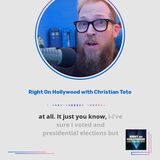 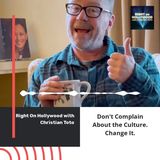 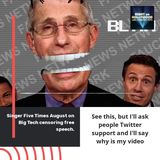 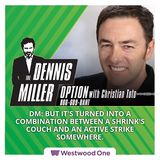 This rising Hollywood actress has a fun way of fighting back...

Trailer for 'The Dressmaker' 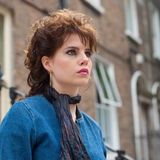 HollywoodInToto.com covers entertainment from a right-of-center perspective. Sick of the liberal media bias infecting Hollywood headlines? Tired of stars insulting your views? HiT has your back!.

Christian Toto is an award-winning journalist, film critic, radio show co-host and podcaster. He’s appeared on Fox News and Fox Business along with nationally syndicated radio shows like “The Mike Gallagher Show” and “The Hugh Hewitt Show.” Follow HiT on Twitter @HollywoodInToto and check out the weekly Hollywood in Toto Podcast.

Other Media/News Companies in Denver