For more than half a century, TODD-SOUNDELUX has brought together some of the world’s most accomplished sound professionals to deliver a full range of creative sound services to some of the most iconic content creators of our time. The company has garnered more than 54 Academy award nominations and won 23 Academy Awards. For more information, please visit http://www.toddsoundelux.com. 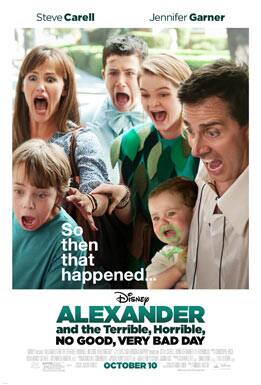 A hilarious new trailer for "Alexander and the Terrible, Horrible, No Good, Very Bad Day" is out.

Disney’s “Alexander and the Terrible, Horrible, No Good, Very Bad Day” follows the exploits of 11-year-old Alexander (Ed Oxenbould) as he experiences the most terrible and horrible day of his young life—a day that begins with gum stuck in his hair, followed by one calamity after another. But when Al…

El Rey's new show "Matador" has a new trailer and premiere date! 7/15. Check it out:

Thanks Supernatural for another great season! Congrats to our partners at Warner Bros. Television and our Re-recording Mixers Bill Jackson, Todd Orr and Dennis Kirk.

There'll be peace when I get done! Don't miss the shocking season finale of #Supernatural TONIGHT at 9/8c!

"Let’s Go To The Movies with Patton Oswalt," the new @TheAcademy video series hits the net.

"Once you step inside the world of Power, everything changes." Watch the official trailer for the new Starz series, premiering 6/7.

Executive Producer Curtis "50 Cent" Jackson presents a new STARZ Original series Power, a crime drama about a nightclub owner who is also the kingpin of a lucrative drug empire.

Hot enough for you? We're chilling out this afternoon at 7080 with an impromptu Popsicle Party!

The 30 Sexiest People Behind The Scenes In Hollywood

Re-Recording Mixer Mark Paterson is #20 on the “30 Sexiest People Behind the Scenes in Hollywood” in Business Insider!

Behind the stars who shine in the spotlight on a day-to-day basis are an entourage of people who keep them looking good.

Catch Rochelle Aytes on #TheChew this morning at 1e|12c|p and see what she's cookin' up!

How has working on #PersonOfInterest changed Jim Caviezel&Michael Emerson? Check out a recap of their twitter Q&A

On the season 3 finale of Person Of Interest we saw Team Machine dispersed and separated from each other and given new identities to avoid the all-seeing eye of Samaritan. Turns out it was Greer who created Vigilance, and was also the one sending Collier those anonymous texts! Leading into the final…

'Halt and Catch Fire': They'll Either Revolutionize the Home PC or Self-Destruct (Exclusive...

In case you were wondering, what does "Halt and Catch Fire" mean?

There some truth in that fiction.

I don't know if it's the dialogue, or the plot, or the sex, or the brutality, but I'm addicted to Game of Thrones. I devoured the five novels that George R.R. Martin has written thus far in and wait eagerly-if-not-patiently for the remaining two.

There's a new girl in school.

Marin Ireland (Homeland) has been added to the fourth season of HBO comedy Girls as recurring. I hear she will play the rich, sexual, beautiful but cold Lo

Wired Magazine has a insightful analysis of the trial and a compares it with the books for those who like that kind of thing. Of course, if you're not up to speed, beware of Spoilers.

In today's business world, disruption is a constant force that never lets up. At the annual WIRED Business Conference: Disruptive by Design, we celebrate the creative power of bold new ideas and the people that make them happen. See the event >

"Wayward Pines" was picked up by Fox for 2015. Check out the just released, mind-bending trailer.

Based on a best-selling novel and brought to life by suspenseful storyteller M. Night Shyamalan ("The Sixth Sense"), WAYWARD PINES is an intense, mind-bendin...

The actor behind Jaime Lannister explains his character's bold decision in "The Laws of Gods and Men" and details Jaime's relationships with Brienne, Tywin and Cersei. (Warning: Spoilers ahead.)

“Zamperini remained in captivity for two years, during which time he was tortured, and was eventually listed as being killed in action by the U.S. government. A book about his experiences, "Unbroken: A World War II Story of Survival, Resilience, and Redemption," was a bestseller. A film adaptation directed by Angelina Jolie is scheduled to be released later this year”.

Louis Zamperini, an Olympic athlete who went on to become a World War II hero and inspire a bestselling novel, has been named grand marshal of the 2015 Tournament of Roses Parade in Pasadena.

“Computers aren’t the thing. They’re the thing that gets us to the thing.” – Joe MacMillan.

Joe has a vision for the future and Cinema Blend has an exclusive look at the new Halt and Catch Fire trailer. http://bit.ly/SJ18ZO

Congrats to our friends at "Nashville" on their renewal for Season 3!

After spending the day crunching numbers and trying to work with the reduced tax intensives in Tennessee, ABC has renewed country music drama Nashville,

In 1983, personal computing was anyone’s game. These three played to win. 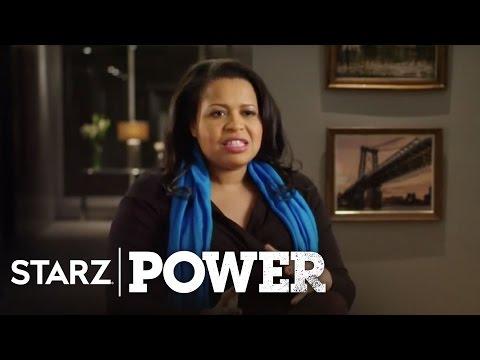 The Style of Power

From wardrobe to set design, style plays a key role in setting the tone for Power. Hear from Creator/Executive Producer Courtney Kemp Agboh, the stars and th...

Congrats to our friends at “Once Upon a Time” for the renewal!

Oncers, get ready for more adventures! #OnceUponATime will be back for Season 4!

The 80s are back in cast photos from the AMC series "Halt and Catch Fire" which premieres June 1st.

Check out the new trailer for "Tammy"

16 New And Returning TV Shows Worth Watching This Summer

Rectify and Halt and Catch Fire are on Buzzfeed's list of shows worth watching this summer.

Sarah Drew is as excited as you are about Moms' Night Out!
Check out her wonderful first-person story in the latest Guidepost magazine. http://bit.ly/1n3vuQD

The Bridge: The All New Season - Summer

This teaser just released for the new season of "The Bridge" which returns in July.

Terror returns to the border... An all new season of The Bridge premieres this July on FX.

Just in time for Mother's Day! Gee who would have thought this movie would come out this weekend? ;-)

"Tammy" makes the list of the Screen Junkies' Top 10 Summer Movies of 2014...well two of the four panelists anyway.

Become a Screen Junkie! ► http://bit.ly/sjsubscr Watch Honest Trailers ►http://bit.ly/HonestTrailerPlaylist The hottest time of the year is once again upon...

Be the first to know and let us send you an email when Todd Soundelux posts news and promotions. Your email address will not be used for any other purpose, and you can unsubscribe at any time.