We GIST for living, if u see something or hear anything.. SHARE THE GIST…We blog about everything with no filter..No friend..No enemy. Laugh now cry later.

Wait na, where they took these lazy pallbearers from… how they allowing the casket to just hit the old ma like that.. If you don’t get it, forget about it.

Few hours after the news of Just Sam being mistreated by her label & claiming to going broke again by bad contract with Hollyhood Records.

Representative aspirant Karishma took to took to an Instagram comment session to express her sympathy & pledge her support to the winner of the 2020 American Idol, Just Sam who has strong Liberian ties.

In her emotional comment, Karishma also tagged some of America’s best like Diddy, Cardi B, Beyoncè, Dj Khaled, Riri, Davido, Wizkid & Don Jazzy. Hoping they see her comment & do something.

There can be miracle, if you believe, we pray Riri or Beyonce get to see Karishma’s comment and do something for our Liberian sister. As we are not sure what Don Jazzy, Wizkid & Davido has to do with this one. 🙏🏾🤞🏾

Big Wiz & Wande Coal got one on the way.

It’s the last Sunday in January & socialite & wife of Cypha D’King is seem to be getting ready for what’s coming. Via her Instagram story, she wrote.

“As the old proverb goes, people who lives in glass house, should not throw stones. Because one may find boulders coming their way.

Once again, my husband to the rescue,having no phone is a lonely, lonely life. I’m back ready to rumble.

When no one pays attention to your lies, you keep repeating it, til you sound like a jealous cow. Get over the Scott’s cuz the Scott’s have long been over you ✌🏾

U.S.A National soccer team coach, Gregg Berhalter said that Timothy Weah (President Weah’s son) will not be traveling with the team this weekend ahead of World cup Qualifier, against Canada on Sunday.

Timothy who started the first of three qualifiers on Thursday against El Salvador did not meet the Canadian Vaccination Requirements for International Travel.

Timothy received one dose of a vaccination, while with his club team LOSC Lille in France. The player was tested positive for Covid-19 and therefore was unable to receive the second vaccine.

According to the coach Timothy being vaccinated one dose, in France it is sufficient, unfortunately Covid Regulation & Traveling Laws is enforced in Canada & There’s nothing we can do about it, The coach said.

VH1 Reality Show, Love & Hip Hop Atlanta has filmed a special episode based on connecting the cast members to their african descendant/ancestry through the food & culture.

According to our celebrity chef, @chefchauncy who played a cameo in the upcoming Episode to be aired on February 7. He said it happened by the Grace of God, but he he remembered someone had told Rema Ma about his restaurant “Taste” in Atlanta. She & few of her people came over & try his delicious dish.

As they sat and had a conversation, she confirmed that her husband, Hip Hop Awards winner & Love & Hip Hop reality star Papoose is a Liberian.

Having a Liberian Chef catering for all the cast members including Mona Scott could be a win for Liberia. This could possibly mean that the crew might be interested in going to Liberia to get more experience of the food & culture.

Chief Karwor told his fellow chiefs that the law that created the Traditional Elders and Chiefs Council of Liberia says, “We must protect and preserve the culture.

“The law did not say, we should carry the cars to spread opposition’s messages. I beg you people; I am the head for you; government did not give these cars so when one party’s people coming then you use the vehicle to spread their message,”

The chief used an analogy saying, “When hunter kills a red-dear and he looks at a beautiful lady in the town and gives her a leg of the red-dear, when she cooks it, will she mean the hunter?

His answer is no, saying that President Weah has given the chiefs and elders a red-dear’s leg to be remembered”.

Who can guess who won this game..?

Representative Hopeful Karishma Raad said in an interview that she doesn’t need CDC to win her candidacy for District 9. According to her many people have loose elections running on the most popular political party ticket & she’s a plus to the party. She brings more value to the party.

She was confident about knowing her wealth yes.. she didn’t say worth, our representative tried to say something that’s part of her attribute but the words beginning with “in” couldn’t come out as she stutter & struggle few seconds to pronounce.

Karishma said she is already famous, and that is all she needs to wim. Speaking of her popularly we can attest to it. Karishma has definitely sold herself & paid the price of fame.

We have seen this lady been drag thru the mud of Facebook drama, & then being a OAP, a Dj, a comedian, a humanitarian, artist manager, a movie star, getting baptized & giving her life to Christ, and so on.

We wish you the best throughout your political journey Karishma.

A music insider has alerted Davido is expected to be featured on Donda 2 by Kanye West. The album was produced by Future & it will be released on February 2, 2022 (2:22:22)

Unconfirmed news has alerted Davido is expected to be featured on Donda 2 by Kanye West.

During the pandemic the song In My Maserati was the most trending song on Tic Tok & every social media platforms.

I’m sure if you were living under the rock, you just couldn’t ignore -In My Maserati by Olakira, since it was everywhere like COVID-19.

Unfortunately Olakira case is different, the Nigerian artist had no idea what to expect from the record & it ended up being a global smash hit.

In a phone conversation with Olakira’s manager few weeks ago, he told one of hour reporters his artist is in touch with the luxury car giant, Maserati. Their CEO heard the song & love it..The had plans to gift Olakira a latest Maserati, and not just them giving him one car for himself, but wherever in the world he goes on tour or for reasons, even in Liberia. He will only be riding/driving the Maserati brand. Congratulations Olakira

An old lady was caught sitting over someone’s hut in the Doe Community. O think this lady try to get a clear view of the area. What you think 🤔

A bridge in Pittsburgh collapsed this Friday morning ahead of President Joe Biden's scheduled visit to the area to talk about infrastructure.

Pittsburgh Public Safety announced at about 7 a.m. that the snow-covered bridge, on the outskirts of Frick Park, had collapsed.

Happy Birthday Charles McArthur Ghankay Dakpannah Taylor, former Liberian President who served at the 22nd President of The Republic of Liberia, from 2 August 1997 until his resignation on 11 August 2003, as a result of the Second Liberian Civil War and growing international pressure.

The former President has been serving jail time in the Netherland, sentenced to 50 years in prison, for crimes against humanity including, acts of terrorism, murder, atrocities against personal dignity, rape, slavery, mutilation, use of children under the age of 15 in armed forces or groups, or use them to actively participate in hostilities, looting and other acts inhuman.

With everything Charles Taylor has been incarcerated for, we have seen many other politicians & rebel leaders who walk freely in Liberia & some are even current & past Government officials.

If you missed & love Da Zoe wish him a Happy Birthday.

Wizkid 3rd Baby Ma & international manager, Jada P had something to say on Twitter about how she met the Star Boy.

According to her, she was managing Chris Brown by then, they had a tour in Lagos, that year when Chris Brown brought Wizkid on stage. One thing led to another & the rest da history.

The Supreme Court of Liberia has ordered that a former defence minister be jailed for two years in connection with a corruption case.
Brownie Samukai and two colleagues were found guilty two years ago of theft and money laundering involving more than $1m (£748,000).

They were given a two-year suspended sentence at the time and ordered to pay back half of the money within six months.
The jail term has now been imposed as they failed to make the payments within the stipulated time.

A judge said the two must now pay back all the money - and would remain in jail after the two years if they have failed to do so in that time.
They had organised for money to be routinely deducted from soldiers’ salaries and placed into a private account, for their their personal use.
Samukai, a former police chief, was a long-serving defence minister under former President Ellen Johnson Sirleaf.
He is now part of the opposition alliance challenging President George Weah in the next elections.

Last year he was elected senator for Lofa county, but the corruption case has stopped him from taking up office.

Late last night they arrested him, imagine whole big man in the police & AFL # 1 being arrested.

If you a Wizkid FC or just been keeping up with the Star Boy you should know since 2017 Wizkid has never been too active on social media.

He has been in ghost mode for a long time, never letting you know where he is or what he’s doing. The Made In Lagos U.S Tour last year October might have put Big Wiz in a Big Mood.
Ever since He has been heavily involved with social media at least twice every week, you can see update of the Star Boy chilling in his jet, hanging out in the studio or maybe just catch cruise in the club. This is the most amount of time Wizkid has been updating his fans via Snapchat & Instagram. Last night Wizkid hosted a new upscale Club, Secret Palace Night Club in Lagos & he shared these moments on his Snapchat.

14-year-old Zaya Wade showed love to the Bryants in an Instagram post on Wednesday ... wearing the outfit and captioning the post, "always remembering and honoring Kobe and Gianna."

Be the first to know and let us send you an email when Sharethegist posts news and promotions. Your email address will not be used for any other purpose, and you can unsubscribe at any time.

Send a message to Sharethegist: 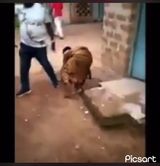 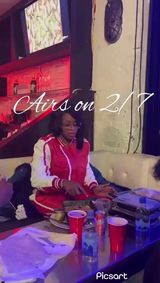 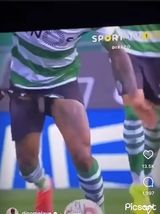 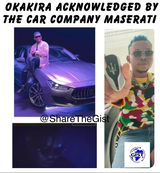 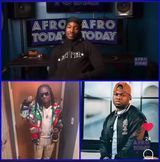 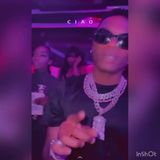 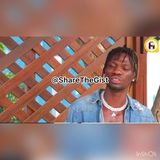 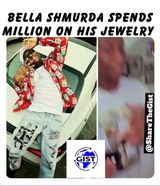 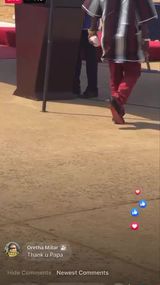 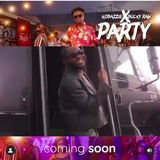 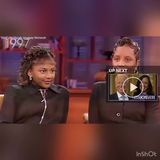 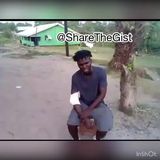 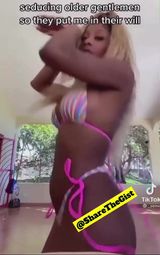 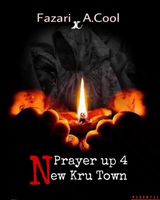 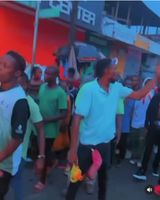 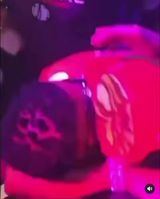 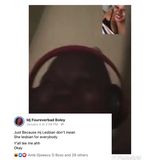 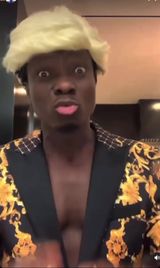 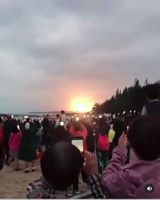 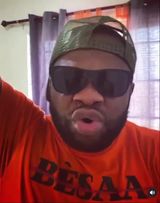 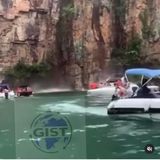 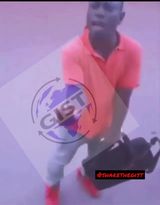 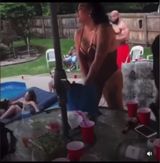 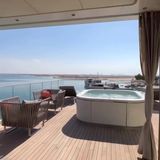 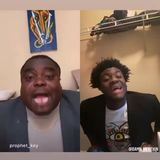 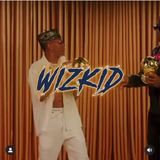