Come and join us at the Doral food and Wine Festival this coming Saturday Nov 5th and Sunday Nov 6th. 🍷
Don't miss the opportunity to taste food from some of the best restaurants in south Florida and wines from national and international vineyards.
Get your tickets now! http://bit.ly/2f0FgFs Doral Food and Wine

Be the first to know and let us send you an email when Venue Magazine posts news and promotions. Your email address will not be used for any other purpose, and you can unsubscribe at any time.

Send a message to Venue Magazine: 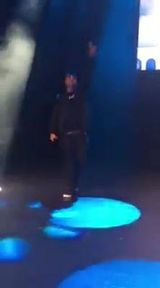 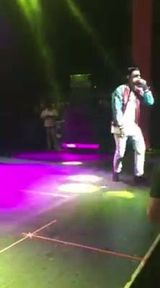 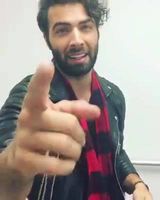 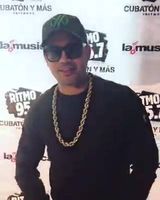 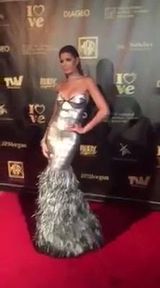 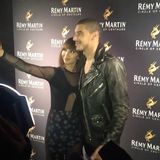 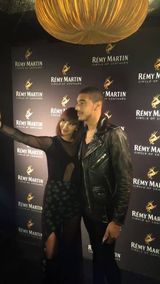 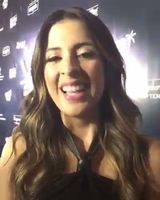 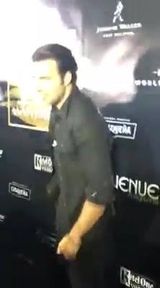 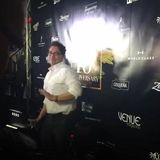 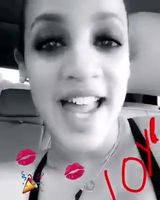 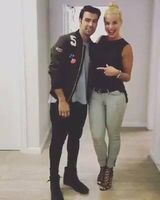 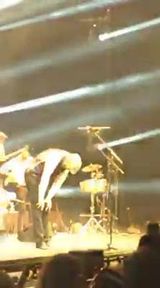 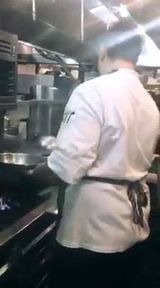 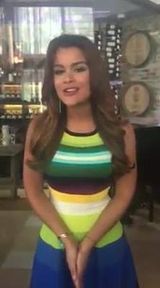 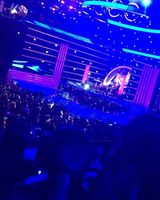 Other Magazines in Miami

This year we are celebrating 15 years of Karen's gift and vision at KWF. This month we worked alongside Venue Magazine to tell our story and give a glimpse into what is on the horizon for our 'FUN-ONLY' mission. Check it out at the piece below!
Let’s go 🔥🔥 Scarrbelly - 5k ft Trapnhardo x on the Breakfast Club Apple Music WAMO 107.3 Rostrum Records Power 106 Los Angeles Joseph Barnett HARDEST ARTISTS IN PITTSBURGH RostrumLegal. Stage AE Venue Magazine Fashion Nova Sun Music
50th Surprise birthday set up for a client this afternoon! 😀 We Are Calgary Venue Magazine
Thanks Venue Magazine for featuring our golf outing today on your site! We appreciate you for sharing our special day and mission in Cincinnati.

https://www.cdomagazine.tech/venuecincinnati/the-social-scene/inaugural-golf-classic-fairways-for-furniture/article_e6a1d266-efb6-11eb-a876-a78779b5c8a6.html
We're SO proud of this interior design project by Chris Hoffman at our Florence location! 😍 Check out the feature in Venue Magazine to learn what went into designing each room. https://www.cdomagazine.tech/venuecincinnati/homes/room-by-room-piece-by-piece/article_94e42b30-c3ac-11eb-af18-b3298e0d9e33.html
When it comes to heart emergencies, having access to a regional center of cardiac excellence has been shown to improve outcomes. In the case of Christ Hospital patient Wesley Fenton, who suffered a “widow maker” heart attack, it saved his life. That’s why in April, we began our partnership with Air Methods to provide Christ Life Flight air transport to our region. Read Wesley’s incredible story of hope and survival, featured in the latest issue of Venue Magazine: bit.ly/3fj2O6U

“I enjoy being able to take an advisory approach, offering clients a different experience to strategically structure their insurance program.” -Moira Lyon, Market Leader at Oswald Companies, via Venue Magazine.
Subject: COURTS ARE FREE IF YOU DON'T READ AND LEARN THIS YOU WILL END UP PAYING BETWEEN 300 AND 600 DOLLARS TO FILE A COURT CASE! Plaintiffs, think the easiest way to s

For a crime to exist, there must be an injured party (Corpus Delicti) There can be no sanction or penalty imposed on one because of this Constitutional right." Sherer v. Cullen 481 F. 945:

Supreme courts ruled "Without Corpus delicti there can be no crime"“In every prosecution for crime it is necessary to establish the “corpus delecti”, i.e., the body or elements of the crime.” People v. Lopez, 62 Ca.Rptr. 47, 254 C.A.2d 185.

"As a general principal, standing to invoke the judicial process requires an actual justiciable controversy as to which the complainant has a real interest in the ultimate adjudication because he or she has either suffered or is about to suffer an injury. " People v. Superior Court, 126 Cal.Rptr.2d 793.

“Without standing, there is no actual or justiciable controversy, and courts will not entertain such cases. (3 Witlen, Cal. Procedure (3rd ed. 1985) Actions § 44, pp 70-72.) “Typically, … the standing inquiry requires careful judicial examination of a complaint’s allegations to ascertain whether the particular plaintiff is entitled to an adjudication of the particular claims asserted. ” (Allen v. Wright, (1984) 468 U.S. 737, 752…Whether one has standing in a particular case generally revolved around the question whether that person has rights that may suffer some injury, actual or threatened. ” Clifford S. v. Superior Court, 45 Cal.Rptr.2d 333, 335
Please Make Amends Honor thy Oath Elected and public servants, title 5USC2906-3331 0ath of office, title 18 241-242-
WHAT YOU DON'T KNOW-THE B.A.R. ASSOCIATION IS UNDER THE VATICAN OWNED CITY OF LONDON WATER AND SEWER UTILITY AND THEY'RE COMMITTING TREASON AND WAR CRIMES AGAINST AMERICA BY VIOLATING ARTICLES 16 AND 70 OF THE LIEBER CODE. NOW THERE IS A REMEDY FOR CORRUPT JUDGES AND ATTORNEYS. BTW, THEY ARE NOT JUDGES. THEY'RE BROKERS AS B.A.R. ATTORNEYS.

It is No injury or Property damage to any child, woman or man, thus the State CORPS can not be an injured party that would be A lawful American's by Honoring thy Oath office of servitude to God; false allegiance to the Treaty of 1213 of religious, cult, organizations are The Foreign Agents Registration Act (FARA) Title 5 2906 3331-3333. Whereas Their is title 18 241 242.Merely being native born within the territorial boundaries of the United States of America does not make such an inhabitant a Citizen of the United States subject to the jurisdiction of the Fourteenth Amendment" ... Elk v. Wilkins, Neb (1884), 5s.ct.41,112 U.S. 99, 28 L. Ed. 643.
"The fact is, property is a tree; income is the fruit; labour is a tree; income the fruit; capital, the tree; income the 'fruit.' The fruit, if not consumed (severed) as fast as it ripens, will germinate from the seed... and will produce other trees and grow into more property; but so long as it is fruit merely, and plucked (severed) to eat... it is no tree, and will produce itself no fruit." Waring v. City of Savennah. 60 Ga. 93, 100 (1878.}

Except for all city county and state immigrants servants State, county and municipal (city) employees work, respectively, for those distinct divisions of government. All are public servants

In 1868, there was a corporation founded and in that particular company, the founders of that company called it the "United States Corporation" and they stipulated that anybody who would be a member of that corporation or worked for that corporation, would be called, not an employee but a "citizen". So today, if you are asked, ‘are you a citizen of the United States’, what you think you're being asked is, 'are you lawfully in this country to do business?' but that's not lawfully, what's being asked. They didn't ask you if you are an American, lawfully, they asked you a specific question... are you, of your own volition, out of your own mouth testifying that you are a citizen of the United States because in that way, citizen of the United States means you are an employee of a foreign corporation, operating under international maritime law. So today, the President of United States is the President of a privately owned company. The company is called "United States" and the word "President", is always the word used in corporate law - banks have Presidents, all companies have Presidents. President Trump is not the President of America. President Bush is the president of a privately owned company, privately owned out of England. We need to understand words and terms and they have been used to trick and enslave you...by signature of you rights over to the newly form CORPS
US GOV Elected and public servants aka employees laughing about stealing land also ra**ng and robbing, kidnapping holding woman man and children for ransom as filed destroying family's for personal gain for the British foreign 1871 government contracted elected and public servants service of employment Federal law,
when any officer , Judge , Attorney , Elected and Public Servants of the court has committed "fraud upon the court", the orders and judgment of that court are void, of no legal force or effect. AMY In 1994, the United States Supreme Court held that "Disqualification is required if an objective observer would entertain reasonable questions about the judge's impartiality. If a Judge's attitude or state of mind leads a detached observer to conclude that a fair and impartial hearing is unlikely, the judge must be disqualified." [Emphasis added]. Liteky v. U.S., 114 S.Ct. 1147, 1162 (1994). That Court also stated that Section 455(a) "requires a judge to recuse himself in any proceeding in which her impartiality might reasonably be questioned." Taylor v. O'Grady, 888 F.2d 1189 (7th Cir. 1989). In Pfizer Inc. v. Lord, 456 F.2d 532 (8th Cir. 1972), the Court stated that "It is important that the litigant not only actually receive Justice

Other Magazines in Miami (show all)