Here we go folks. Let’s boomerang all the inspired courage and power back to Dr. Blasey Ford that she is generously sharing with the world right now, and send her the indomitable strength and momentum she needs to break the wall of tyranny crumbling down to the ground. 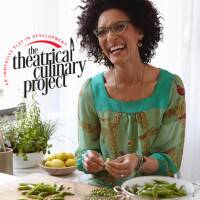 One Top Chef. Three award-winning playwrights. An immersive play & dining experience in development. | Crowdfunding is a democratic way to support the fundraising needs of your community. Make a contribution today!

Excited to be speaking at HB Studios again!

This workshop will teach you how to produce work that you love. Artists who have taken this class before have gone on to successfully develop and produce theater, film, TV pilots, events, performance art, dance shows, webisodes, and run their own companies.

Call the office for more information! 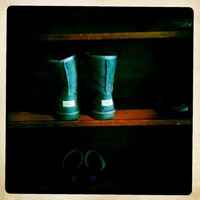 To all our WET Productions friends: for anyone and everyone who loved Brooke Berman's A PERFECT COUPLE, please support her newest project - the film, UGGS FOR GAZA. Plus, not only has she written this hilariously brilliant short, but is also making her directorial debut!

A short film about the culture of help -- getting it wrong and making it right.

Check out this audition workshop being offered this spring!

It's Women's History Month - Celebrate with us!

Women You Should Know » WET Productions: A Dramatic Effort For Change

WET Productions and Sasha Eden are featured on WOMEN YOU SHOULD KNOW today!

Video and profile of the critically acclaimed 501c3 non-profit WET Productions, co-founded in 1999 by Sasha Eden and Victoria Pettibone. As a developer, produce... 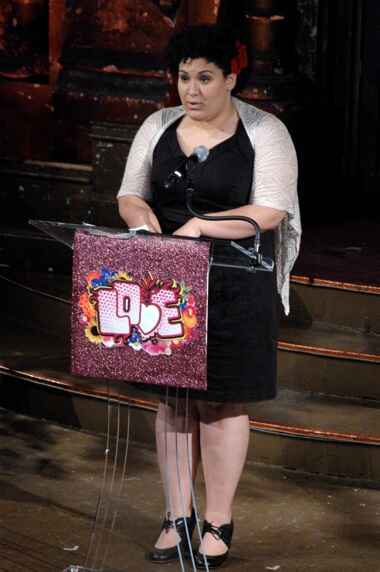 On Monday, April 19, the stars came out to celebrate the 11th Anniversary of WET Productions, a non-profit dedicated to empowering women in the arts and media, at their Love Gala. Love was a one night only benefit performance of short plays on love, written by some of the hottest women writers in fi... 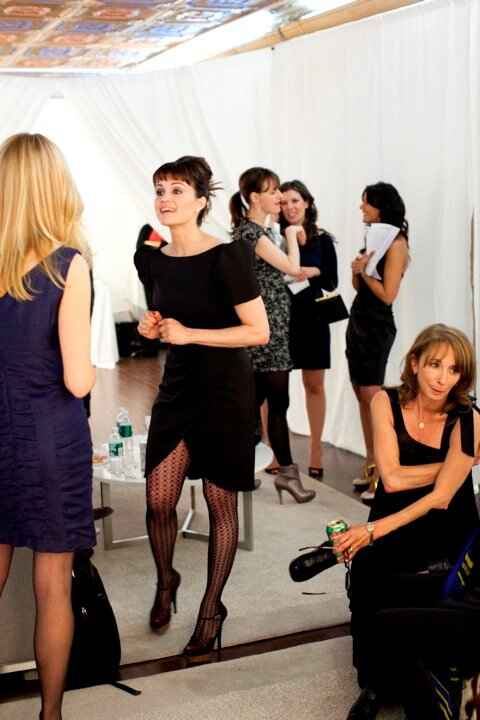 Only a Few hours away from LOVE. Can't wait!

Check out our new video and please support The We Empower Together Campaign! www.wetproductions.org

Go here to vote for WET and keep our organization growing strong! Take a stand for equality! http://apps.facebook.com/chasecommunitygiving/charities/1185691 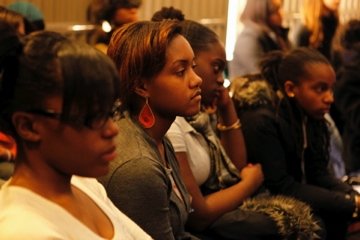 Some of our favorite photos starting in 2004

Give Back Today!
WET Productions is looking for enthusiastic and inspiring female public-speakers! Volunteer public-speakers will participate in the recruitment portion of WET’s innovative media-literacy & leadership program, WET’s Risk Takers Film Series. Volunteers will travel to select participating high schools throughout the city to give brief presentations to administrators and teenage girls.
*If you are interested, please email a resume and brief cover letter stating your availability and interest to [email protected] right away*
For more information about the program please visit www.risktakers.us

We've caught up with the world, We are now TWEETING on TWITTER! http://twitter.com/WETProductions

WET Productions is looking for volunteers for an inspiring city-wide media literacy and leadership program for teenage girls: WET’S RISK TAKERS FILM SERIES. Seeking DYNAMIC, ENTHUSIASTIC and COMMITTED volunteers to assist with this innovative program on Saturday May 9th and Saturday June 13th. If you are interested, please email a resume and cover letter to Ashley at [email protected] or visit www.risktakers.us.

Be the first to know and let us send you an email when WET PRODUCTIONS posts news and promotions. Your email address will not be used for any other purpose, and you can unsubscribe at any time.

CHECH OUT THIS NEW RESOURCE FOR ARTISTS!!!

http://carteblancheperformance.com/artsyenta-about
What does WET stand for?
Don't forget Fridays "Introduction to Producing Your Own Work" intensive workshop with WET PRODUCTIONS' own Sasha Eden!
http://www.hbstudio.org/Events/events.htm#Eden
excited to see a show by WET productions when I'm in NYC. Be sure to LIKE another production company that is producing "Princes Don't LIve in Cyberland." This 3-woman show was written/directed by a woman and will make its way to Manhattan Repertory Theatre this December! LIKE Once Upon a Reality Productions
Our official launch day is here! To Sasha Eden, as one of our experts in The Seven Pearls of Financial Wisdom, we are deeply grateful to you for agreeing to be interviewed in this book. Thank you so much for your passion, insight, and time. Thrilled for the success that is coming your way! http://www.thesevenpearls.com/our-experts?q=sasha%20eden
We are so thrilled to share your incredible work with our Women You Should Know friends.
http://www.sanctuaryforfamilies.org/index.php?option=com_content&task=view&id=472&Itemid=322
teen open house at the met on 10/1 - check it out kids! open to 15-18 year olds

http://www.metmuseum.org/calendar/index.asp?mode&CurrentDate=10%2F01%2F2010
Wrote about the Love Gala on She is French .
Can't wait for Monday! xo
You guys are great! I'm so glad I found you!
Cool job posting for Women Make Movies Marketing Manager