This is an online TV based in Jundu Town, Grand Cape Mount County and operate in Robertsport.

PEOPLE'S LIBERATION PARTY CHAIRMAN CONFIRMED THE DEATH OF ITS VISION BEARER AND STANDARD BEARER IN PERSON OF DR. DANIEL ESTRADA CASSELL ON DECEMBER 25TH BY 9:36AM IN THE US. 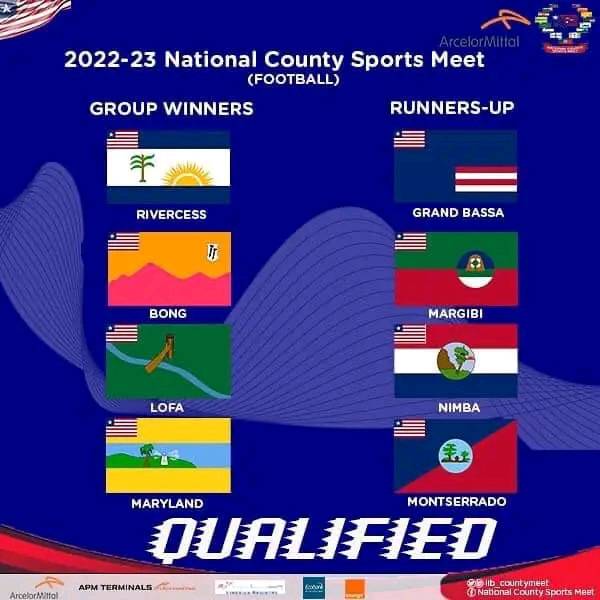 I catched you at SKD soon.

The Founder and and political Leader of the People's Liberation Party (PLP) in person of Dr. Daniel Estrada CASSELL has gone to the great beyond. Our condolences to the bereaved family. May his Soul Rest In Perpetual Peace.

We wish you a wonderful holiday season and a happy new year!

We want to take this opportunity to extend heartfelt thanks to you for being part of the VoR team.

The new year comes with a sense of support, renewal and we get another opportunity to bring out the best in ourselves, moving forward with positivity and purpose …

And we are looking forward to 2023 with you, we hope to continue our journey together in making a difference and changing lives in our beloved County.

Thank you for being part of the Voice of Robertsport Tv team this year, whether you’ve been with us every step of the way or have just joined, we truly appreciate having you in our community.

Wishing you joy and peace. 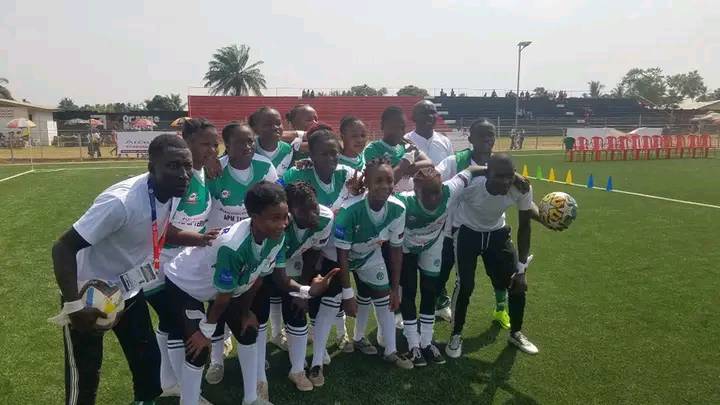 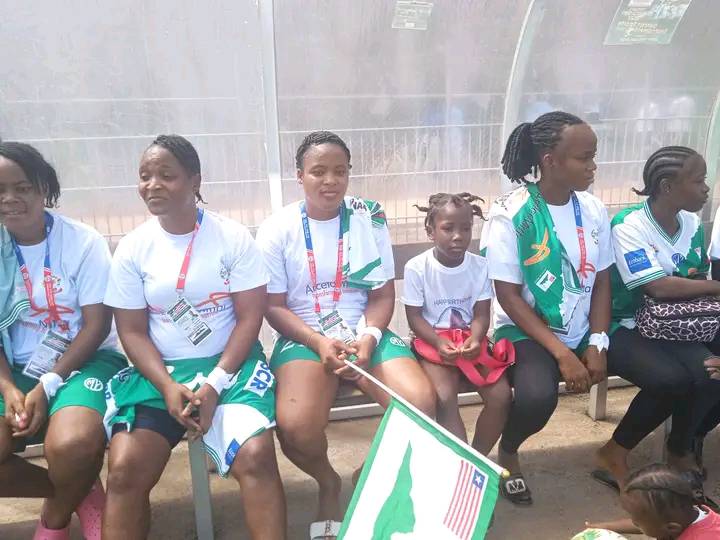 Please support and cheers for Grand Cape Mount County. Below are the fixtures. Bravo to our boys and girls!

Follow the Voice of Robertsport Tv for more updates

With the attached CPP Press released, PLP write to informed the public that she is not in the know or agreement of said document.

In view of the above, the People's Liberation Party called on all her County leadership, GPC members, Executive members and Partisans to keep distance from the planned December 17th Rally organized by the CPP. The PLP said that she doesn't have any knowledgeable idea of the attached press statement and have not instructed anyone to represents the interest of the party in said rally. She calls on former executives speaking or doing business with CPP on the behaves of PLP to stopped or will be at his or her RISK and might jeopardized the good intent of said rally.

Lastly, she frowned on people using the party logo and name for their selfish political gained, and threaten legal actions if repeated by CPP.

Thank you so kindly for the support.

Part 1: What is Emotional Intelligence?

Part 1: What is Emotional Intelligence?

JUST IN: President Biden signs into law a bill passed last week by Congress that mandates federal recognition for same-sex and in*******al marriages.

Maximum Employees' commitment and positive energy bring about productivity and results, and this is exactly what our Institution Naymote-Liberia believes in. As part of our year-end plans, our Institution will conduct a two-day annual retreat beginning Thursday, December 15 to Friday, December 16, 2022, at Campus on Carey street in central Monrovia.

This year's annual retreat will bring together thirty staffers including our dedicated volunteers to review and finalize the institution's 2023 annual work plan, as well as review our institutional policies ranging from procurement and procedure to Program and Activities, Gender and Risk management including finance and budget management.

Also at the annual retreat, our project managers will present project work plans which will found part of the institution's annual work plan. Strengthening our staff and volunteers is key to the development of our Institution. 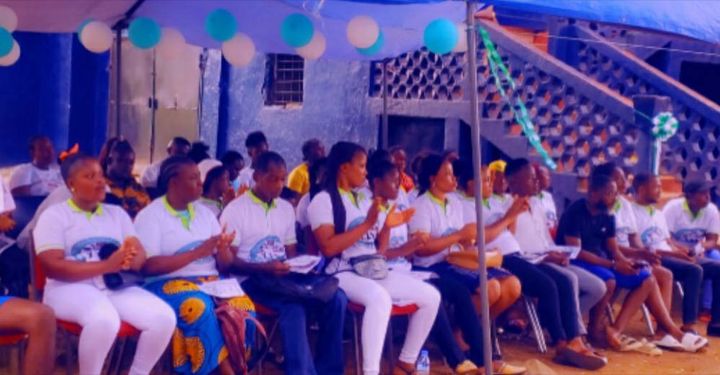 Be the first to know and let us send you an email when Voice of Robertsport TV posts news and promotions. Your email address will not be used for any other purpose, and you can unsubscribe at any time.

Send a message to Voice of Robertsport TV: 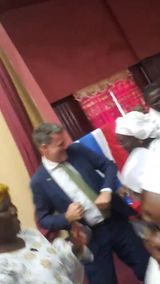 Celebration of a international Day of Peace 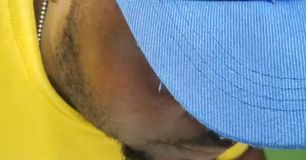 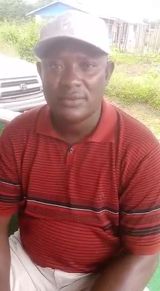 Podcast on our Saturday program: INSIDE GRAND CAPE MOUNT COUNTY comes on every Saturday from 12pm to 1:30Pm. 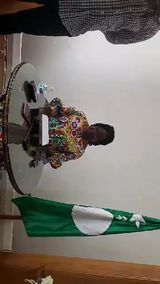 The Vanguard Students Unification Party at UL celebrates the opening of school.

ULSU calls on Instructors to resume classes as scheduled by UL Authority.

The ULSU President or University of Liberia Student's Government calls on all Stakeholders of UL to swiftly return to their classes or administrative functions as scheduled by UL Authorities https://www.facebook.com/109263171266183/posts/387797206746110/?app=fbl

The People's Liberation Party through its Vice Chairman for Auxiliary Affairs grace the 1st General Meeting of the DUE Movement for Dr. Cassell in Weala District, upper Margibi County.

After Bea Mountain Chemical pollution and destruction of species in Grand Cape Mount County, the Standard Bearer and Political Leader of the People's Liberation Party in person of Dr. Daniel Estrada Cassell identified with communities affected. 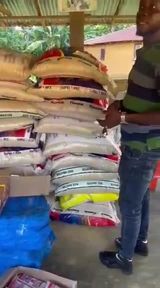 Representative Acarous Moses Gray said No more Battle Cry! He will love to debate with Senator Dillon next time at CEIO.

Representative Gray visited the Center for the Exchange of Intellectual Opinion on Carey Street. 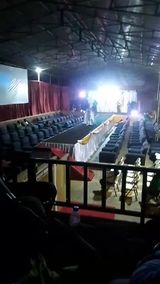 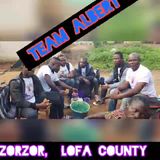 A short documentary on the Wologizi Cross Fire 🔥 in Fissebu, Zorzor District. Lofa County. Congratulations 👏 👏 to all Candidates and those that won the just ended LINSU CONGRESS in Lofa County.

Team Amb Albert Titoe Ninneh II for LINSU PRESIDENCY held a major press conference today in defeating all candidates vying for LINSU PRESIDENCY. They assured supporters of going Lofa County to win the Wologizi congress of the Liberia National Students Union during the end of May 2022. *vortv 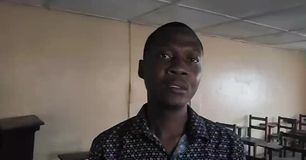 Other TV Channels in Robertsport

We appreciate the CEO and all supporters of the Voice of Robertsport.
Christ Guide Information Inc. is a newly established organization which involves with humanitarian programs.

Christ Guide Information is soliciting support from donors and government and international support to empower vulnerable, marginalized and needy.

Christ Guide Information is an organization (NGO) established to calm youthful violent and abuses and counsel people who are involved with said acts.

Christ Guide Information will build up the capacity of children, youth and young adults and adults in the below areas:

Christ Guide Information is also involves in the below:
1. GENERAL AGRICULTURE
a. Crop production
b. Animal Raising
c. Beans Production and Raising

MEDICAL AND HEALTH
a. Free treatment for aging, children and community dwellers.

Christ Guide Information was founded to violence in general, and to provide counseling for the perpetrators (or people who are involved with violent acts).

We need partnership and support from donors and government and international philanthropy/humanitarian organizations.

Other TV Channels in Robertsport (show all)