The show may be gone, but the community is still here. This page is dedicated to the memory of the Rick Emerson Show of Portland, Oregon. The Last Show on the Emerson News Network Aired January 27, 2012.

For those unaware, Rick has been working hard on a new book, "Unmask Alice". Check out the website for more details and where to buy your own.

The time James Brown took too much before going on CNN

He used his real-life DJ experience to craft one of the great characters in sitcom history.

On this day of thanks, let us not forget one of the greatest Thanksgiving Events in Television (and Radio) history.

Every time I watch this, I think that Les and Tim are nearly the same person.

Mr. Carlson swears turkeys can fly... tell that to the Pine Dell Shopping Mall!One of my all time favs...

50 Years later. Totally changed commercial aviation. Really made an impact. And we still have no answer of what happened to him.

I wonder what Rick would have to say on this anniversary.

D.B. Cooper has been an infamous name in Pacific Northwest crime history for five decades. Will the case of the country’s most notorious skyjacker ever be solved?

12 Years Ago Today; Rick, Sarah, Tim, and Greg, signed off of terrestrial radio for the final time as an ensemble. The signs had been there fore weeks, but October 23, the rug was pulled out from under them (along with Cort and Fatboy). The owners of the station were not satisfied with the content, as they felt it was too geeky. The replaced nearly everyone on KUFO, and rather than make the station better, ratings took an absolute nose dive, from which it would never recover. Within two years, the station would no longer even be a music station, but an FM News station, which was part of a trend to destroy fun and engaging music stations that people enjoyed, and replace them with endless, often voice tracked, news programs.

It was only about 2 weeks before Greg and Sarah started Funemployment Radio, nearly a year before Rick did something similar with "Legion of News" and his traditional show, along with Dawn Taylor, and Tim was able to get into several other positions on radio and TV since. But nothing beats the chemistry that Rick, Sarah, Tim, and Greg had, and nothing, short of a full reunion can ever replace them.

Investigators Claim To Have Uncovered The True Identity Of DB Cooper

Looks like more fuel on the DB Cooper fire, and I don't mean Loki.

Investigators have got their hands on a set of new documents that they believe has confirmed the identity of DB Cooper, one of the great antiheroes of mode

Community Question: How did you come across Rick Emerson, and the team in general?

One can imagine that he's going to enjoy grilling the Metatron.

Larry King, the longtime CNN host who became an icon through his interviews with countless newsmakers and his sartorial sensibilities, has died. He was 87.

49 Years since the Hijacking by Dan "D.B." Cooper, one of the many things Rick wishes he had the answers to. As you may recall, Rick and Tim always loved pulling out Les Nessman and the Turkey Drop every year... turns out, it was based on a real incident.

To make is easier to listen to RES when away from your personal device, you may now listen to the Podcasts from http://www.tegianzone.com/rick-emerson-archives/ thanks to a new embedded player provided by Apple Podcasts.

With nearly everyone stuck at home, and likely in need of some entertainment (and they ARE 8+ years old), check out the Legion of News/Rick Emerson Show Archives, from the post-CBS, Online Subscription network.

There is an automated iTunes Link for your Computer/iPhone/iPad, and you can copy the URL on the site into your favorite Podcast application or platform and listen to Rick and Dawn, broadcasting from SE Division, as they take their first steps into Online Subscription Streaming.

Thanks to Dawn Taylor for sharing this. We can hope Rick is happy.

This settles the Oxford comma debate! Except...it goes against AP style. Here's an overview of how the serial comma works and why it's important for clarity.

Well, not much to say.

BREAKING: Controversial American radio host Don Imus has died, according to a statement from his family. He was 79 years old. https://abcn.ws/34VQvYc

As we enter the holiday season, take a moment to look back at some of the more interesting shows of RES history, the holiday shows.

Anyone looking for a great gift?

Some thought Rick was pedantic about the Oxford comma. I mean he is, but he is also right.

Who cares about the Oxford comma? That’s a $10 million question.

The man has been given the moniker of “John Doe” because officers weren’t immediately able to identify him, according to Portland police. Greg Nibler, who hosts Digital Trends Live and co-hosts the Funemployment Radio podcast, has since retrieved his 2003 green Ford Ranger. But the pickup’s ...

RIP: Dick Dale, 'King of the Surf Guitar' Passes Away at 82 - California Rocker

By DONNA BALANCIA Dick Dale, known as King of The Surf Guitar, has passed away, sources said on Sunday. Dale, who had been quietly suffering health issues for many years, was considered a leader in [...]

Celebrate Rick's birthday by listening to "Hugs Across the Hallway" -
http://www.tegsenterprises.com/rick/audio/res_20080307.mp3 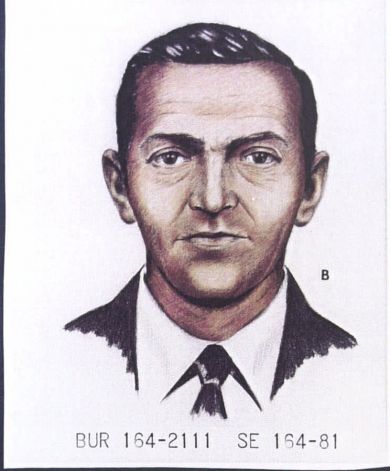 D.B. Cooper: A 6th letter, a reportedly coded confession, and the end of J. Edgar Hoover

The infamous hijacker has never been caught, but a private investigator says a newly released letter includes a confession from his suspect, while other details suggest the hijacker tormented the FBI's director, J. Edgar Hoover, in his final days.

I have nothing to say, aside from Anthony was a great inspiration for many, including Rick and Myself.

Anthony Bourdain, the gifted chef, storyteller and writer who took TV viewers around the world to explore culture, cuisine and the human condition for nearly two decades, has died. He was 61.

This will no doubt infuriate Rick...

A man identifying himself as Dan Cooper was on a flight from Portland to Seattle on Nov. 24, 1971 when he handed a stewardess a note indicating he had a bomb. 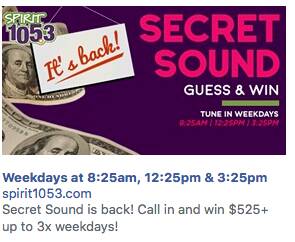 Is it the spinner on the Game of Life?

If you are missing Rick, you should check out his thoughts on last month's Funemployment Radio! episode.

New show is up featuring our good friend Rick Emerson - it's spastic and awesome and he's just the best. :) Have a great afternoon all! http://funemploymentradio.com/episodes/funemployment-radio-episode-1952-rick-emerson

Celebrate Rick's Birthday by reflecting on his Birthday Show 10 years ago, when he turned 35, and the station was covered in bacon!

From your moderator, webmaster, and P1 of The Rick Emerson Show, I wish you a Merry Christmas, Happy Festivus, or whatever holiday you celebrate with or without family, here is the archive of famous Rick Emerson Show Holiday specials. 🖖🎄

OK... which one of you painted the fridge magnet of Michael Jackson with ET and sold it to the Metal Jesus Rocks crew at the Retro Gaming Expo?
I've linked to the time index, but you should check out the whole video.

The Metal Jesus Crew heads to Portland Retro Gaming Expo to find the best $5 good game PLUS something weird for a bonus! FOLLOW US Kinsey: https://www.youtub...

WKRP in Cincinnati - "Turkey's Away" clip

While you enjoy Thanksgiving, be it a long weekend, no weekend; shopping or travel, enjoy this favored clip of the RES Audience.

FYI - I've been doing some maintenance to the Podcast Feed on both the Archive Site and iTunes, so you may see a "New" tag. Just realized that about 4 weeks of shows were missing. Also, beginning on working on the early CBS shows. - Thomas

Looking for a few good persons to write up synopsis for episodes. I never remember to write any while I re-listen to the show, but think that it would be helpful for those looking for a particular episodes. Any help would be appreciated. 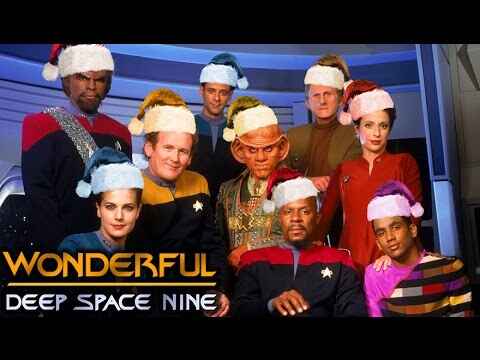 Found on the Interwebs

The Official Flag of the Oxford Comma Crusaders

Be the first to know and let us send you an email when The Rick Emerson Show posts news and promotions. Your email address will not be used for any other purpose, and you can unsubscribe at any time.

Send a message to The Rick Emerson Show:

Other Media/News Companies in Portland

This mountaineer led Will Smith up to the lip of an active volcano on his new Disney+ show.

BUT...He's gay!
Does anyone remember which episode was the Steven Seagal interview?
Tim Riley at his best.
The Big Sn**ch
In today's classic RES moment, they discover the "generic sad music" and Dante The Cab Driver has a suggestion for something completely inappropriate to play underneath it.
I've wanted to do this for a while, I made a channel to host various clips from the show.
I remember Rick would make Bruce Williams references occasionally, but I was too young to get them. A while back I searched around and found this channel, it's pretty neat to listen to these old shows, and the references make sense now.
Can anybody tell me about WonderStruck? is it Ricks band or a Movie that somehow slips into show that Rick doesn't go into much. I'm up to 02/11/08. Google hasn't turned up much.
Talk about a deep cut... Found in a Mexican grocery in Atlanta, after 13 years of searching:
Who is back to listening to The Rick Emerson Show? I'm up to 1/25/08. Back in the days, I listened off and on during the day (work and all). Now I get to hear the whole show. Rick and Tim are Geniuses. Best Show Ever. Sorry to hear about Timmy Ryans passing. Just getting to know him again.
x

Other Media/News Companies in Portland (show all)