Available for nearly any type of video project, Foggy Notions Productions has the expertise, the equipment, and the passion to make it happen.

Hey Folks! For those of you who didn't know, I have taken a step away from running a separate page for my video work. What this means is we can be real friends! Feel free to add me ( Sean Smith ) to stay in touch and be sure to check out my new website , http://www.seansmithvideo.com/ , where there is a plethora of cool content and info about what I am up to these days. Thanks for following along and see some of you down the road!

Big News Folks! After some thinking, debating, and more thinking, I've decided to put this thing called Foggy Notions out to pasture. The decision comes down to focusing on what I do best, which is also why I started this thing in the first place. HOWEVER, I can only do so much, and maintaining this site and connecting with all you great folks under the 'FN' moniker seemed to be taking away from the point. So I am stepping out from behind the curtain, please follow along at my new website, launched today, which refocuses what I am doing these days!

Ladies and Gents! Thanks for much for supporting and following along! Some changes are coming to this thing, announcement coming early August! In the meantime, check out the latest reel of the man behind Foggy Notions, Sean Smith, and feel free to add him to your social network!

Dug this awesome shot out of the Joe Russo's Almost Dead video archive!

Just want to take a moment and thank each and every one of you who have liked this page, and followed along on this crazy adventure! Changes are coming, and we can't wait for what the future will hold!

Show 100! Heading south with these dudes for Fools Paradise!

(SCROLL DOWN FOR TICKET LINKS TO SHOWS CURRENTLY ON SALE)

(FOR A LIST OF OUR CURRENTLY SOLD OUT DATES, PLEASE CHECK OUT JOERUSSOSALMOSTDEAD.COM)

Really looking forward to this show! Here's a video we did of the band warming things up!

Tickets are still available, for now!!

Please enjoy this preview of 'Morning In Marin' from the upcoming Joe Russo Presents Hooteroll? + Plus!
FRIDAY, APRIL 7 at The Capitol Theatre

One more sleep until another weekend with Joe Russo's Almost Dead !! We've got you covered with a webcast in case you can't be there in person! Available for purchase at Nugs.Tv

@JoeRussosAlmostDead 100th show opener!Live again tonight and for the rest of the run available at Nugs.tv!

We're live with a free stream from our 100TH SHOW! Check out the first set opener from Brooklyn Bowl. Catch the entire show at http://nugs.tv or on the nugs.net app for AppleTV. #couchtour

Check out this sweet live video we did for our friend Marco Benevento !! Be sure to check out his latest offering, The Story of Fred Short!

More FUN from Brooklyn Bowl a few weeks back! "I Can't See The Light" / "Follow The Arrow"! Thanks to our pal Sean Smith for the great vids!

Benevento Russo Duo Show At Brooklyn Bowl To Be Webcast

Can't make it to the DUO this Saturday at Brooklyn Bowl?? Watch it from home, directed by yours truly. Wolf! starting the night off right!

On the set of 'Exercise Man' for Dean Ween Group.

Damn we are stoked on this one!!

(SCROLL DOWN FOR TICKET LINKS TO SHOWS CURRENTLY ON SALE)

(FOR A LIST OF OUR CURRENTLY SOLD OUT DATES, PLEASE CHECK OUT JOERUSSOSALMOSTDEAD.COM)

My name is Sean Smith, some of you may know that I'm the face behind this little shindig, some of you may not. I've been working as a cinematographer, director, editor, et all for over 10 years...you name it, I've worked it. My focus has honed in on music based projects as of late, however, I do lend my expertise to a wide range of projects. My combined experience both in the live music world and film world provide a very well rounded skill set that fits into many different realms. Collaboration is my number one priority! So come collaborate with me!

Raccoon Fighter in the Studio.

We are excited to be live directing this webcast!! Get it from our friends at Nugs.tv!!

#ICYMI :: Here is a stellar opening to a set from Joe Russo's Almost Dead on 10/8/16 at Brooklyn Bowl ... live directed by us, minus the go pros because the feed was sent from the existing 4 camera set up installed in the venue. Can't wait to be back in March for back to back weekends!

Join us for a free stream of the opening song live from Brooklyn Bowl. Catch the entire show at http://nugs.tv or on the nugs.net app for AppleTV.

2017! We are ready to make some magic, and one way we are growing is we are going 360!! We are now capable of shooting 360 degree video, compatible with Youtube360 & Facebook360. Inquire now about rates for 360 degree video and any other video needs!

Can't wait to return to Colorado this weekend with Joe Russo's Almost Dead ... here is a video from our last time at the Belly Up!

Better late than never! We've updated our website with new projects and other fun stuff! Check it out!

We love NoiseKICK FX and you should too...

Behold the power of the Unicorn.

Philly tonight with Joe Russo's Almost Dead ! Here's a flashback to our first time in the city of brotherly love with the band.

A great inside look into how we recreated the iconic concert film 'Stop Making Sense'...it takes a village! We love you Liggy Lighting Design !

Two Projects are Inspired by the 1984 Talking Heads Concert Film's Looks In 1984, The Talking Heads released a concert movie like no other, Stop Making Sense. The film, directed by Jonathan Demme in close collaboration with David Byrne, captured the band toward the end of their tour over three night... Another incredible run with @joerussosalmostdead ... and @bobweir decided to join in on the fun in Oakland! Videos coming soon!
#liveconcert #video #blackmagic #foh #tourlife

We are out on the road in California with Joe Russo's Almost Dead...tonight at the House of Blues in San Diego and tomorrow in Oakland at the Fox Theater...check out the most recent Rad Tracks video! 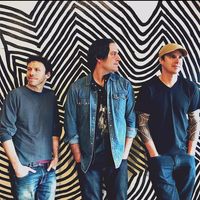 Thanks to Glide Magazine for picking up one of our live videos of ### Wolf! ### ... don't forget their new record is available now!

Be the first to know and let us send you an email when Foggy Notions Productions posts news and promotions. Your email address will not be used for any other purpose, and you can unsubscribe at any time.

Another incredible run with @joerussosalmostdead has concluded. What better way to conclude the run than to play the legendary Red Rocks!

New promotional video for @marcobenevento22 ! Check out his new record, out now!

Found the camera notes from @joerussosalmostdead February Tour...looking forward to hitting the road again with the team on the West Coast in less than a month!

A look back at what was a really special night ... @joerussosalmostdead ringing in 2016 in style.

Thank you Burlington VT...thank you to the band, the crew, each venue and their staff, and to all the fans who came out and made this such an incredible tour! Videos will be coming very very soon.

Sold out night in Portland! Thanks for the real good time!