With a global network of production partners, we work with creative professionals and advertising agencies worldwide. Our production expertise spans all media, from print photography to web video and from broadcast commercials to feature films and live television. Known for our creative problem solving and attention to detail, we handle projects from start to finish.

Still in awe of #NaomiOsaka ! An absolute legend 🏆

Happy Holidays from our home offices to yours!
We’re so grateful to be a part of this community with all of you. This year we’ll be donating to @pawsny and @nylagnews. You can check out these two incredible organizations at the links in our bio 🤍

Reminiscing about sunny days off and
making new friends on set 😌

The Queens Botanical Garden is an incredible resource for the city. We used the grounds as a location for our photo shoot and can't wait to go back. Not only is it a beautiful place, but Fatima and her team made the whole experience smooth, going the extra mile to accommodate our production. We would highly recommend visiting or using as a space for a special event! Queens Botanical Garden

@mrubee likes the catering so much in Amsterdam that he took a picture of it so he can always remember.

We are so thankful to work with such amazing people and can’t wait to do more wonderful projects in the new year!
🙌🏽
This is one of our favorites from 2017 shot by @jakestangel for @chobani

Now, this is a welcoming committee of legendary proportions! #hihohihoitsofftoworkwego #prooffilmswest #disney

Shooting over the weekends hurts a lot less when this is the view from set. #prooffilmswest #onlocation #thebubu

BEHIND the behind the scenes with @thisiskenton in NYC today.

It's official. We have opened in LA.
.
.
.
Visit us at www.prooffilms.com for all your palm tree and sunshine needs! #prooffilms

Almost... but we love you @quixotestudios

Casually stopped into Sephora this evening and got to see #sephoraproartist @le_dapperdandy shot by #jeonseunghwan and produced by us!

#jeonseunghwan directing for @sephora in LA

Who is ready for the weekend? We are!

It's a wrap! Thanks to @jason_nocito_studio and @wearepi for another fun shoot! #setlife #heineken

Be the first to know and let us send you an email when Proof Films posts news and promotions. Your email address will not be used for any other purpose, and you can unsubscribe at any time.

Send a message to Proof Films: 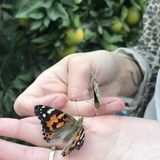 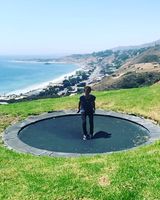 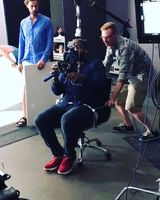 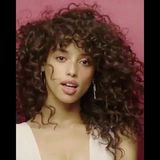 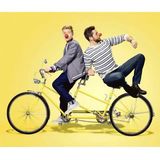 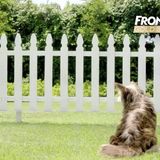 TIS THE SEASON: We are elated to have Laurie Frankel Photography/Proof Films and her talented team back at the soup kitchen this year! They are taking black and white holiday portraits for our soup kitchen volunteers and guests to take home.🎄 📸 #SoupAndSoul
SEASON OF GIVING: Over the next two days our soup kitchen volunteers and guests can have a 5x7 "holiday #headshot" taken of them by the immensely talented Laurie Frankel Photography! We are so grateful to Laurie, her team and Louise Feldman of Proof Films for extending this very special opportunity to HASK. 📸 #HASKnyc | #Photography | #SoupAndSoul
To Louise Feldman: Do u recognize the young woman who was wearing a purple shortlseeved dress shirt over a black turtleneck and black pants who jumped up in the air and the splits in the sky that was on a 30 second Wrigley's Winterfresh Gum TV commercial where u worked as the executive producer for that spot which used to be aired during the primetime hours on both major broadcast and cable television networks going back in the late-90's. Can u give me the name of the young woman who dressed in purple & black in the old Wrigley's Winterfrsh ''Volcano & Snowball'' TV commercial?? Is she still alive and still acting today, Miss Feldman??
The BEST production company I've ever worked with!!