Major Lazer - Give Me Future (Trailer) Big congrats to the SONGS family for their five combined nominations at this year's Music Week Sync Awards including Publisher of the Year and three for Barns Courtney!

Swerve, a song by Starrah, Diplo on Spotify

Check out Demi Lovato's latest release "You Don't Do It For Me Anymore," co-written by Ashe!

Congratulations to Aron Wright on reaching #1 on the iTunes Singer/Songwriter chart!

It's official! Lorde earns her first No. 1 album on the Billboard 200 chart with Melodrama!!

Stay A Little Bit, Take A Hit with our LA favs, Wildling (not GoT)

If you don’t already know Wildling, now is your chance. Since their first show at the Satellite a few years back, the LA bred quintet have been crafting catchy hooks, touring with Young the Giant and signing a record deal. And that’s just the beginning. As a duo who already had their own bouts wi...

Check out Major Lazer on the cover of Billboard this week!

How they bet on diversity (and data) to make global hits: http://blbrd.cm/B1ZUjT

MNDR and Scissor Sisters are SWERLKING in support of Contigo Fund, which was established after the 2016 Pulse Nightclub tragedy in Orlando.

Wanna learn how to SWERLK? Check out our "How To" vid: http://youtu.be/YSmwrM1ez7c

X Ambassadors on the 'real hustle' of making it

X Ambassadors on the real hustle of making it.

X Ambassadors have slowly, but surely, climbed the ladder with a mix of old-school hustle and new-school savvy.

Lorde's #Melodrama tops projections + wins US sales race + will claim the #1 spot on the Billboard 200! http://headlineplanet.com/home/2017/06/23/lordes-melodrama-tops-projections-wins-us-sales-race-will-take-1-billboard-200/

The early projections were correct in saying that Lorde's "Melodrama" would win the US album sales and consumption races. They did not, however, sufficiently predict how well the album would perform. According to BuzzAngleMusic and Hits Daily

Singer-songwriter Lee DeWyze , who won the ninth season of “American Idol,” has joined the roster at SONGS, the publishing company that’s home to The Weeknd, Diplo, Lorde, and DJ …

How Lorde Became the Life of the Party

How Lorde became the life of the party. - TIME

We could not be more excited to welcome ###tentacion, Andrew Wyatt of Miike Snow, Style of Eye of Galantis, and Symbolyc One "S1" to the SONGS family!

SONGS Music Publishing has added four songwriters to its roster.

Listen to a preview of a new collaboration between Major Lazer, Travis Scott, Quavo, and Camila Cabello. http://www.complex.com/news/2017/05/major-lazer-previews-know-no-better

Diplo and friends share a second teaser for their upcoming track with Travis Scott, Quavo, and Camila Cabelo.

What if Lorde was one of us?

X Ambassadors on the red carpet last night at the BMI Awards!

Congratulations to ROZES on her BMI Award for her collaboration with The Chainsmokers!

The Weeknd's "Reminder" is the most added at Rhythmic radio with 40 adds and the second most added at Urban radio with 35 adds this week! https://open.spotify.com/track/37F0uwRSrdzkBiuj0D5UHI

Iconic performance of Nirvana's "Smells Like Teen Spirit" by our President Ron Perry and Miley Cyrus! 🔥🔥🔥

Check out Music By Davie on tour with Ruth B. across the U.S. this month!

Be the first to know and let us send you an email when SONGS Music Publishing posts news and promotions. Your email address will not be used for any other purpose, and you can unsubscribe at any time. 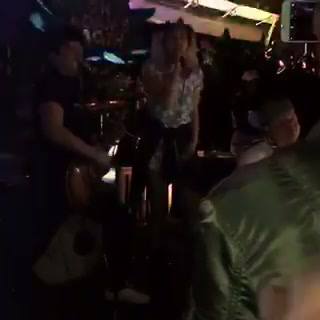 Iconic performance of Nirvana's "Smells Like Teen Spirit" by our President Ron Perry and Miley Cyrus! 🔥🔥🔥

Balkan Beat Box bringing the heat on a Monday night! 🔥

I Am Def Jam: Desiigner

Saint West is a cool story, but our 14 Grammy noms are cooler. Huge congratulations to The Weeknd, Diplo, Lorde, Q-Tip and Marsha Ambrosius!

We had a great time seeing Andrew McMahon in the Wilderness the past two nights at his sold out NYC benefit shows for Dear Jack Foundation! Here's a clip of "High Dive," off his new self-titled album.

X Ambassadors & Jamie N Commons performing "Jungle" at the Hercules Movie premiere after party - an epic song to go along with an epic movie!