New work out today for Byrna.

Be PREPARED TO DEFEND with the devastating power of Tito Ortiz everywhere you go.

I make some weird faces when directing. Wild one that almost got rained out. At least we didn’t have to manually wet down after the storm :)

Quick and dirty. Our travel kit gets more dialed in by the shoot. 2 days of flights for 2 hour pre light, 45 minute shoot, 1 hour tear down. First time out to Charleston as well. Ready to get back on the road this weekend to LA for another.

Great shoot with @marklelife2021 for DAT Freight and Analytics.
You’d think finding a place to pull U turns with a big rig would be tough, but our boy Eddie came through hard.

:30 ALT cut for one of the four Bashas’ commercials we did.

Was nice stepping outside of the traditional medical shoots for one like this. Super pumped how it all turned out!

New work floating through the AZ tv waves as well as digital. These are stills from a commercial campaign for @bashasmarkets that were super happy with. @riesteragency @productions_52 and @apairuscompany coming together to make an ambitious shoot happen in only a few days with a lot of content. Let us know if you catch it on tv in Arizona. Thank you to all of the crew on this one, and your hustle to make it happen!

This project was written almost 2 years ago and finally came together and into production in February 2021.

USPS not only lost the super 8 camera I ordered for this project, but 20 rolls of film that were to be delivered several days before the shoot. Ended up driving through LA to pick up film and made our way to Arizona. The camera I borrowed for the shoot couldn’t turn the modern film at a consistent frame rate or for very long so I was only able to shoot 5-10 seconds at a time. It felt like it was all going to fall apart.

I immediately got the film processed and scanned, and to my relief I had plenty of performance to work with even though off speed inconsistent frame rate was going to be a nightmare to sync.

Months later the narrative came together and then I ordered 50 rolls of mystery family film on eBay. Luckily there was gold on the rolls and it all came together!

Thanks to my few crew/cast members who were a part of making this possible!

Be sure to check out our new 1 ton grip and electric van package at Apairus.com/rentals

Best deal in town and filled with all sorts of goodies!

Circling back on a project I shot and directed from awhile back for @goeosfit to edit my Directors cut version between shoots. This one still has some great frames for sure!
#commercial #digitalart #azonset #azset #apa #film #fitness #panasonic #eva1 #atlasanamorphic #anamorphic

Frames from the spot I directed and shot for @tash_tsr @talkingstickresort @riesteragency @productions_52
This was a great team to work with and really happy with the result. Shot on @canonusa C500ii with @atlaslensco A set lenses. Feel free to reach out with any questions about the spot.
#canon #atlasanamorphic #tash #talkingstickresort #commercial #film #digital #director #dp #editor #producer #food #restaurant #fleres #anamorphicflare

Week 3 of 4. Getting close to wrapping up our feature here in Oregon. Had to put the ole 70-200 for some snap zooms on a very windy day here.

Bts from our 10 day Idaho shoot we just wrapped on. I drove our new g&e trailer kit up and back and it was amazing having everything I could want on a shoot like this. Amazing team, amazing shoot, can’t wait for part 2 in August!
Bts photos- @cosmic.future
.
.
.
#documentary #curriculum #aputure #canon #canonc500mkii #canonc300mkii #matthewsstudioequipment #zeisscameralenses #az #idaho #boise #filmmaking @ Boise, Idaho

Finally, the moment we’ve been waiting for. Raising Buchanan - now available to preorder on iTunes!

It seems likely a dead guy from the 1860’s wouldn’t catch on to today’s sarcasm.

Raising Buchanan is now available for preorder on iTunes!
https://apple.co/2wL3IrQ

Shout out to my whole team on this one. Especially @dfuss the magician bringing this comic book to life on the screen!
Check out DEFENDER BY @augustburnsred

Big thank you to @steveforner
For the additional editorial @ Phoenix, Arizona

Now you see me now you don’t. Another set of stills I grabbed but forgot to post when we launched the video. @tatumlynnmusic brought her a game on this one along with the rest on the crew. Thanks to my co pilot @dfuss for the long hours and creative love!
Watch at APAIRUS.com
.
.
.
#musicvideo #film #digital #tatumlynn #apairus #apairuscompany #alexa #alexamini #atlasanamorphics #atlaslensco #gofilmaz #az #lighting #flares #performance #live

New video we did for @thrice up on YouTube. @dfuss @carolperez and @strawberryalarmclock headed up to northern AZ and into the sticks and came back with this one. ENJOY!
.
.
.
#musicvideo #thrice #apairuscompany #apairus #az #gofilmaz #drone #dji #northernaz #film #digital #beyondthepines @ Happy Jack, Arizona THE DEADBEAT COUSINS - SLOW DOWN

Another one in the wild! “Slow Down” by The Deadbeat Cousins. Enjoy! @thedeadbeatcousins releasing their new video “Slow Down” today that we created for them. This is about as crafty as you can get on a shoot. Recycled sets from previous shoots and a grip and electric package “handheld 1200 lumen flashlights” from Walmart + haze, photo strobes and polaroids. All in all it was a success I must say!
Thanks to my sidekick @dfuss for sticking this one out and our massive crew aka @mikereaaz and @carolperez for not dying in the heat. Check out Slow Down at Vimeo.com/Apairus or the Deadbeat Cousins YouTube channel
.
.
.
#musicvideo #haze #deadbeatcousins #slowdown #flashlights #diy #gofilmaz #12fps #Az #Arizona #filmmaking #polaroid @ Pirate Creative Compound

Now U See Me Now U Don't - Tatum Lynn (Original)

New work of ours released yesterday! Take a peek. Now you see me now you don’t. @tatumlynnmusic brought her a game on this one along with the rest on the crew. Thanks to my co pilot @dfuss and @benjishwimmer for the Choreo love!
.
.
.
#musicvideo #film #digital #tatumlynn #apairus #apairuscompany #alexa #alexamini #atlasanamorphics #atlaslensco #gofilmaz #az #lighting #flares #performance #live

Working our @atlaslensco 2x’ers again for @tatumlynnmusic and her upcoming video we will be dropping soon! Excited to share this one. Was quite the project!
.
.
.
#atlaslensco #anamorphic #lens #arri #alexa #alexamini #apairus #apairuscompany #musicvideo #digital #gofilmaz

The audience aspect of the video was something we were really excited to shoot but worried about actually accomplishing. We had the main portion of the video shot, had shipped out our film to have it processed and shipped back, and we’re dying to start the edit due to our approaching deadline. We really needed all of the elements of the video to begin the edit so we had to put this portion of the shoot together in about a day. We reached out to @goodfaithcasting and they got us set up with some great talent last minute. After that the concern was locations. Good ole networking and Facebook came through hard on this. Our b cam op/AC @drakedewar put us in touch with @thunderbirdloungephx and they let us come in that day to scout. The next day we shot it all, luckily getting a twofer at thunderbird with the bar and living room backdrop. Our super 8 film landed that day while we were shooting and the following day the edit began with basically one week on the clock to edit. Thanks to my boy @dfuss for collaborating both on set and in front of the monitor!

Here’s a labor of love, blood, sweat, and teary sleepy eyes from all night writing/eding sessions. 😉

Client came to us with the track on a Saturday, script/concept approved the following day, and shot the video 4 days later. Concept to completion in under 3 weeks time with 2 different shoot days on both film and digital. What a ride!

Goes to show you if you have the right team anything can be accomplished. Look for your name in the credits you wonderful people 🙂

Feel free to ask any questions and enjoy!

Be the first to know and let us send you an email when Apairus Company posts news and promotions. Your email address will not be used for any other purpose, and you can unsubscribe at any time.

Send a message to Apairus Company: 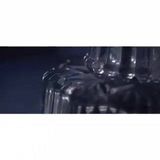