Free Film Screenings every Monday Night as part of Cinemondays. To schedule a shoot or book the space feel free to email us or contact us through the website. Pricing and other info is available there also. Home to Archai Media, 72 Film Fest and CineMondays.

We miss everyone and hope you're doing well out there. In case you missed it, LEDA will finally premiere next month in NYC! Watch the new teaser below.

This is "LEDA 2021 Teaser" by Samuel Tressler IV on Vimeo, the home for high quality videos and the people who love them.

Sam gives his final opening/closing speech of Area 31. We hope you enjoyed the years with us in this space.

Sam gives his final opening/closing speech of Area 31. We hope you enjoyed the years with us in this space. 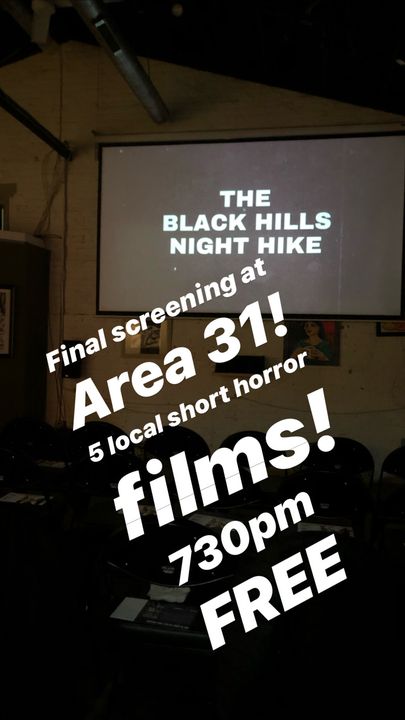 For our final screening, we wanted to showcase what Area 31 has been about: Creating and Inspiring others to create.

Filmmakers were tasked with making a short film based on a local monster myth or legend. 5 short films will play with q/a with Filmmakers following. After tonight, the final films will be selected to be a part of the horror anthology The Black Hills Night Hike!

Our last two film nights at Area are this Friday and Saturday!
First up is Children of Men screening / Final Days of Area 31 $10, 8pm Then Saturday is The Black Hills Night Hike Short Films, Free, 7:30pm.

Hope to see you out for a film at Area 31 one last time.

Only a few more opportunities to see movies at Area 31 before we close up shop. First up: This Friday Night: Punk the Capital: Building a Sound Movement.

The long awaited documentary Punk the Capital is finally out! 2019, 88 min. a film by James June Schneider, Paul Bishow, Sam Lavine When punk rock erupted in...

Some know it as a space that screened really, really cool movies. Others know it as one of the few concert venues in Frederick where bands could truly be themselves. To its owner, Mike Peters, it’s a place to store movie equipment sometimes rented out to those who needed it.
It’s Area 31, and it’s closing in a few months after nearly a decade in operation. Find the story in this week’s 72 Hours.
https://www.fredericknewspost.com/public/ap/frederick-s-best-kept-secret-shutting-its-doors-area-to/article_6fe4e4ba-0929-5cc3-ae09-c5273f0a59bb.html

72 Film Fest is this weekend!

Friday Night Premieres is almost upon us.

Join the 72 Film Fest host Doug Powell on top of the world (well top of Frederick anyways) as he pays tribute to a fallen host. What's latin for "In Memoriam"?

Join your host Doug Powell on top of the world (well top of Frederick anyways) as he pays tribute to a fallen host. What's latin for "In Memoriam"?

After months of clues, the poster and the theme for 72 Film Fest Year 14 is revealed!

So this is the Final Clue. Any guesses?

The Final Clue to this year's theme.
This year we break 500 movies made for the Fest.
Guess the theme below, first to guess correctly gets two tickets to the Fest.

A clue, introductions, and a reminder that there is only 72 Days Until Launch!

Something weird's going on with the 72 Film Fest Clues. Any guesses to this year's theme?

The clues to the Year 14 theme continue...

Almost last chance! This Saturday 12-4 right here at Area 31! The storyboard artist of Coen Brothers and many Hollywood films will be coming to Frederick to give a Masterclass on all things Filmmaking! Learn from one of the best!

Get your tickets and see you there!

Almost last chance! This Saturday 12-4 at Area 31! The storyboard artist of Coen Brothers and many other Hollywood films will be coming to Frederick to give a Film Making Masterclass on all things filmmaking! Learn from one of the best!

Get your tickets and see you there!

Today's the last day to register Early Bird for 72 Film Fest which gets ya an extra 2 Day Ticket and $10 off registration!

A time based film competition where teams nationwide have only 72 Hours to make a movie. All of the films play at the Weinberg Center in MD. 2019 marks year 14

The clues to this year's 72 Film Fest theme have begun!

FNP article about The Sunday Sessions, the feature doc that will screen alongside the short doc Afro Punk Ballet at Friday Night's Local FLMKR Nite.

Baltimore filmmaker Richard Yeagley assumed conversion therapy was an “antiquated notion,” he said, until a 2014 article in The Baltimore Sun. His hometown newspaper was reporting on Christopher Doyle, a

Three events at Area 31 this weekend:

Hope to see ya at one or all!

We're finally working to get our website back up and running. In the meantime, some of our upcoming events:

Come one, come all. 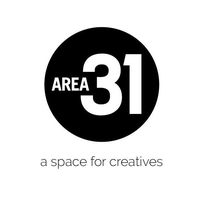 Tonight from 6-9pm we have new art on the walls, works by Heather Joi. Drop in to check it out!
www.rorrimsegami.com We had a stellar show this past month with work from several of the OG artists from the Blue Elephant. Tomorrow we're excited to show work from Savannah Brockhoeft for her first public art show. Starts at 7pm, with music from Sunniva at 9. It's almost that time of year again! If you haven't signed up yet to make a movie in 72 hours, time is running out. Costume launch party Oct 4th!

Only 3 Weeks until 72 gets under way!
Are you signed up?!

Only 3 Weeks until LAUNCH!

Roll Call - who hasn't signed up yet?

The trailer for 'The Splinter Palace' starring our very own Logan Lark, best of luck in the festivals!

TOMORROW! ✨Join us at 7 pm at Area 31 when Andrew Shaffer shares his newest book #HopeNeverDies. Part noir thriller and part bromance novel, #HopeNeverDies is essentially the first published work of Obama/Biden fiction.
PLUS you can take selfies with this awesome Obama cutout! 😎

The theme for this year’s 72 Film Fest will be revealed very soon, but to tide you over here’s a clue...

Join us tonight at 8 for what Roger Ebert called "as nasty as it is lubricious, a despicable attempt to titillate us by exploiting memories of persecution and suffering," and what a critic for the The New York Times - Science referred to as "romantic po*******hy" and "a piece of junk". Presenting Charlotte Rampling and Dirk Bogarde in Italian female Writer/Director Lilliana Cavani's controversial classic, The Night Porter, part of Cinemondays East's spring season

Thanks to all who joined us last night for Oscilloscope Laboratories' November. What a watch! The Sevinth Sight Project returns next Saturday due to a week off for the Holiday, then on the 26th Cinemondays is back. Happy St Pattys Day

Join us on Mar 10, 17, 24, 31
For The Sevinth Sight Project: Experiments in Mind Reading
Tickets available at this link.
http://www.sevinthsightproject.com/

This Saturday, new art and reception!

Be the first to know and let us send you an email when Area 31 posts news and promotions. Your email address will not be used for any other purpose, and you can unsubscribe at any time.

Saturday we have a special 10th Anniversary Screening of the Rosebud Award winning 8mm Documentary Trailer Trash. The film will be joined by a discussion with the filmmakers as well as 8mm film camera demonstrations. https://www.facebook.com/events/464259813937835/

Registration is now open for 72 Film Fest 2017! Make a movie one weekend, and every movie screens the next. Register your team here: http://www.72fest.com/product/72-film-fest/2017-team-registration/ 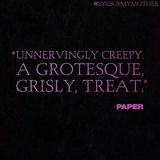 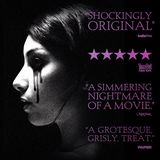 The Eyes of My Mother

Join us on Friday for The Eyes Of My Mother Screening in Frederick Maryland. Pick up tickets early or at teh door. https://www.eventbrite.com/e/the-eyes-of-my-mother-screening-tickets-29335438085 #eyesofmymother #frederickmaryland

Frederick's creative studio space for photography, film, art, meetings, etc. To schedule a shoot or book the space feel free to email us or contact us through the website. Pricing and other info is available there also. Home to Archai Media, 72 Film Fest and CineMondays (currently on hiatus).

Other Film & Television Studios in Frederick

Area 31 fans! I know that Area 31 has sadly closed, but I'm looking for a similar venue to rent next year (for a private event). I just need a cozy space that has a bathroom, space to dance, and that's amenable to loud-ish music and BYOB. If you know of a place that might fit the bill, please let me know. Thanks!
Get ya free “Chessie” posters TONIGHT at The Black Hills Night Hike Short Films screening at Area 31 in Frederick, Maryland! Watch FIVE horror shorts all based on some of the spookiest myths and legends of Maryland and guess what.... it’s FREE!! Doors open at 7pm Starts at 7:30pm See you there! 😈
The first weekend of the new year is here. A big goal of mine for the website this year is to have a loose calendar of events or at least a weekend write-up of the happenings downtown musically and artistically. I have to point out some BIG events that need your support so cool stuff continues to happen in Frederick. The people putting on these next two events are dear friends AND huge forces in Frederick music/art; they deserve good sized crowds and without a big turnout we might hit another massive dry spell. [ 314 more words ] Punk the Capital - a history of Washington DC punk & hardcore, 1976 to 1983 - Area 31 - Dosser - Flooring - Ryan Knight - Andy Stout https://whatisfrederick.com/2020/01/02/weekend-music-dc-punk-house-show-more/
Projection of our film tomorrow night (01.03.2020) in Frederick, MD at Area 31. The Slickee Boys founding member Martha Hull will be on hand for Q and A after the screening! Her awesome record store which she co-owns with Bob Berberich - Vinyl Acres is right around the corner so you can make a whole night of it.
Punk the Capital is screening overseas and in our local DC scene this month! ✖️12/19 Chez agnès b. Lors du festival Magnetique Nord, Paris, FR https://www.facebook.com/events/545575516231903/ ✖️12/20 La Bête Humaine , Rennes, FR https://www.facebook.com/events/789385528157337/ ✖️12/28 Black Cat DC, Washington, DC https://www.facebook.com/events/2564651523770389/ ✖️1/3 Area 31, Frederick, MD https://www.facebook.com/events/1463478563817255/ 📷: ©Roger NBH // @fourhundredthirteen at OCCII
Mission accomplished! Our 72 Film Fest project is finished and submitted. Turning in our film in person was much easier this year, as we developed, produced, and completed our film from the new DUO Media Productions Office, just a couple blocks from the drop-off at Area 31. We are tired – as always after a film race – but extremely happy with our finished film: CAPSULE. We can't wait to share it next weekend at the 72 Film Fest screening, 10/11 (and hopefully 10/12) at the Weinberg Center for the Arts. Hope to see you there!!!
Almost last chance! This Saturday 12-4 at Area 31! The storyboard artist of Coen Brothers and many other Hollywood films will be coming to Frederick to give a Film Making Masterclass on all things filmmaking! Learn from one of the best! Get your tickets and see you there!
Sunniva + The Fun Boys at Area 31 Sunniva - Lively, dancey, and funky music for a mellow party. Psychedelic indie with many influences but the songs all have similar feels aside from the light solo/jam sections that often extend the songs into another dimension. The band played a song from their first two EPs (the most recent of which you can find a review of here) as well as some new songs which showcased the band’s evolution/new direction. [ 134 more words ] https://whatisfrederick.com/2019/06/01/sunniva-the-fun-boys-area-31-may-31-2019/
Exploring Frederick's Underground at Area 31 with Jimmy Swope Music and more Saturday night’s event at Area 31 was a night full of friends, music and Frederick history. I happened to be one of the few young people in the room and maybe the only one realizing the substantial impact those in attendance had on Frederick’s art/music development. Don Ramirez began the night by delivering an honest testimony about his experiences in the area playing with bands/opening the first ever art gallery downtown in the 90’s with Calvin Edward Ramsburg. [ 630 more words ] https://whatisfrederick.com/2019/04/28/exploring-fredericks-underground-discussion-music-by-jimmy-swope-and-patrick-faville-cafe-de-los-muertos-area-31-april-27-2019/
Any chance of you guys screening this?
rest in peace Harry Dean Stanton